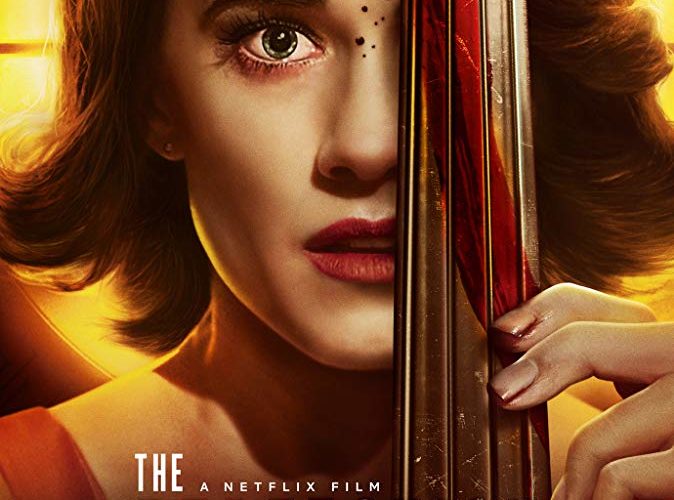 ‘The Perfection’ Review: A Cheap Gimmick That Yearns for Profundity

Richard Shepard’s taunting, genre-bending The Perfection is tailor-made for Netflix. That’s not meant as a derogatory statement about the platform’s “Originals” quality as much as an acknowledgment of the film’s attempt to seize a water cooler moment only possible through its universal accessibility. Presented as multiple chapters that cloak a structure of two discrete halves, the problem is less the film’s fiendish compulsion to shock its audience with sudden body horror or its corkscrewing narrative than its design being seemingly reverse engineered to complete that purpose. This is the kind of film that’s made for online k-holes where YouTubers carefully dissect the ending for content. But the more that Shepard’s film reveals its fastidious intentions, the more it unveils its simultaneous hollowness and ugliness.

Paramount to its design, it’s deliberately difficult to talk about this film with any specificity, but it is fair to say that the layers of homages begin with an ambiguous Single White Female riff with Charlotte (Allison Williams), a former cello prodigy who gave up a prodigious career to care for her mother in Minnesota for ten years. Charlotte’s mother has passed and she goes searching for her mentor, Anton (Steven Weber), who’s in Shanghai looking for new protégées and flaunting his latest It girl, Elizabeth (Logan Browning). Despite barely having met, Charlotte and Elizabeth immediately take to each other.

Williams has some experience playing characters who are so immediately friendly as to appear sycophantic, but her performance here hits the right notes of uncertainty. As much a nod to Get Out as the more polarizing contours of her role as Marnie in Girls (a show in which Shepard directed some of its best episodes), Williams has the unusual distinction of feeling askew even when she’s trying to act totally natural and the film uses that to its advantage without having her vocalize any kind of patronizing affirmations a la Get Out.

Browning has a less gratifying role, oscillating between extremes of predator and prey in the early going as she’s intoxicated by Charlotte. But despite the surrounding narrative ambiguity, Shepard and co-writers Eric C. Charmelo and Nicole Snyder leave very little up to suggestion in their dialogue. The mood is less insinuating than assaulting long before fissures overwhelm the story.

While there’s a satisfying queerness to these two women’s interactions–their first conversation ends with the reveal that watching people be secretive turns one of them on–those details feel almost completely superfluous to the story even as it’s inherent to their body language with each other. It’s one of a number of touches that feels textured in the filmmaking and performances without feeling purposeful in the end.

That confusion may make more sense if it’s clarified that less than twenty of the ninety minutes have been addressed. But the thing about this setup is that it’s both supposed to be recognized as fundamental to character development and also seen as misdirection. That’s rarely more evident than the multiple times we literally rewind to moments before it had previously cut, in order to show the audience everything they missed. It’s at best a cheap trick the first time it happens but by the second, it shows a severe lack of confidence in the storytelling and the irritating sense that reality is just clay to be molded at a whim to explain something that doesn’t appear to make sense.

To say more about this mechanic would be denying the few pleasures contained within but, rest assured, there are eventually some entertaining genre thrills. Yet the film’s repeated implication that “nothing is as it seems” continually blunts these scenes, especially when the finale adds one last wrinkle meant to cast the whole film in an entirely different, revelatory light. It’s these latter half choices that make the thriller all the more difficult to recommend even as a disposable Friday night horror movie. It not only asks the audience to play its rigged game but also to find its conclusions profound.

The Perfection is now on Netflix.