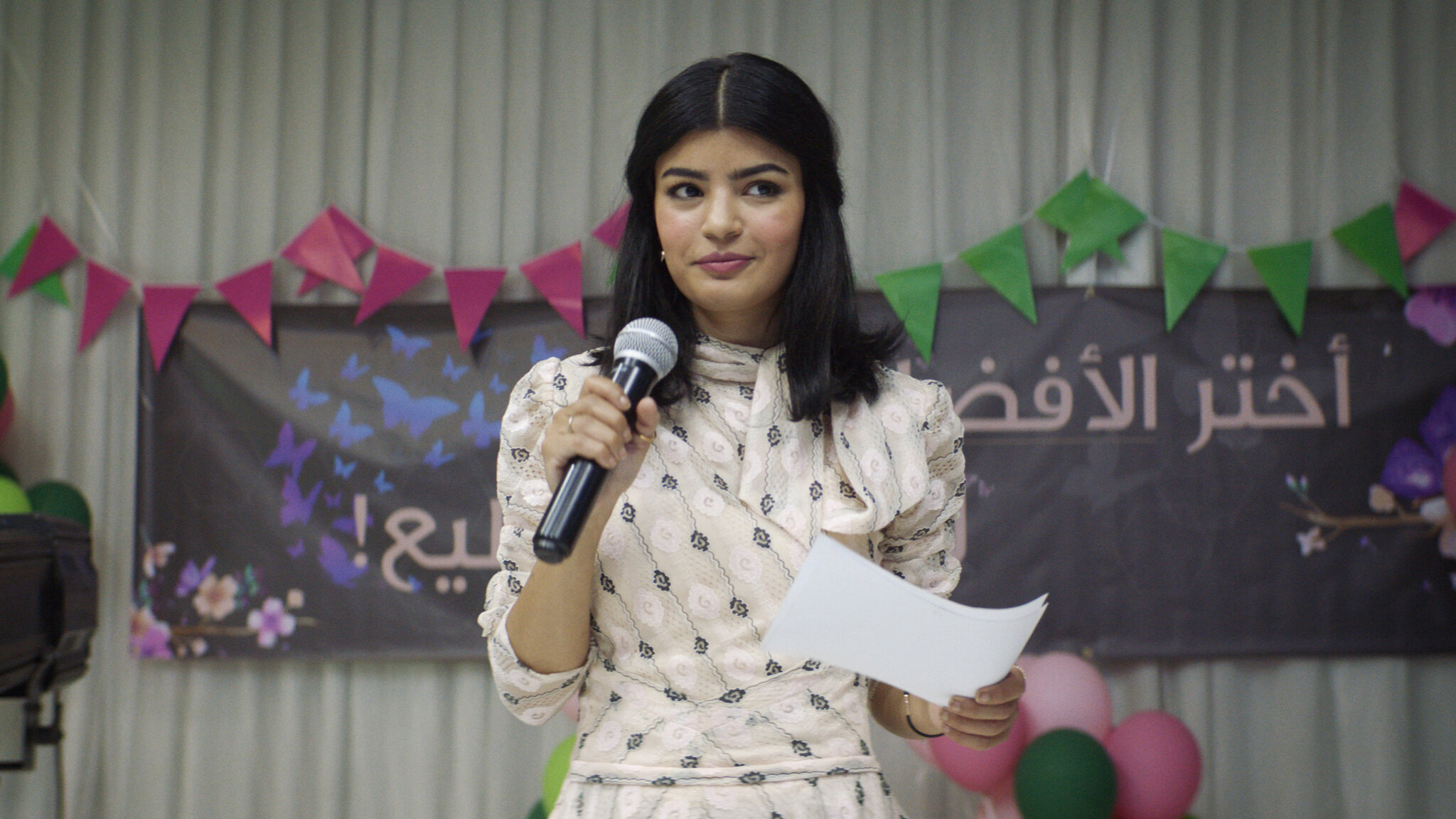 A lot has changed in Saudi Arabia since Haifaa Al-Mansour last made a film in her home country. Wadjda, Al-Mansour’s 2012 debut, was the first feature shot entirely in Saudi Arabia, and since then she’s worked in the US (Nappily Ever After) and UK (Mary Shelley). In the interim, Saudi Arabia passed laws that allowed cinemas to open in the country, women gained the right to vote, and in 2018 the country finally allowed women to drive. The Perfect Candidate, Al-Mansour’s keenly observed new film, examines a society in which women are acclimatizing to increased agency but still have a long way to go to equal rights.

A woman’s right behind the wheel hangs over the opening shot, which sees Dr. Maryam Alsafan (Mila Al Zahrani) drive up a muddy, disheveled road to the hospital where she works. Her shiny blue vehicle allows her the agency of traveling to and from work. Yet she still faces sexism on the job, such as when an elderly man refuses to be treated by her because she’s a woman, and demands that a less qualified male nurse tend to him instead. When her boss easily gives in to the man and commands that she “use male nurses” instead, Maryam pauses for a second, as if about to retort in anger, but stops herself. This is a woman used to facing misogyny and tired of trying to fight it with logic, her niqab handily hiding an incensed expression.

Maryam’s battle with personal and institutionalized misogyny intensifies when she stumbles into running a political campaign. She attempts flying to a medical conference where she hopes to secure a job at a bigger hospital in Riyadh. However, when she gets to the airport she’s told her travel permit has expired and the only person who can renew it is her guardian––her father, who is away on tour with his band. She dashes around town trying to get a temporary permit, and ends up at her mother’s cousin’s office, who works at the town hall. She applies to run for local council as a formality: the receptionist won’t let her into her uncle’s office because he’s only seeing council candidates, so she hurriedly fills out a form to become one.

It takes a while for it to dawn on Maryam that candidacy could be the answer to her problems, and the answer to the problems of the women and men around her. She doesn’t end up getting her travel permit in time, because no matter how well-meaning the men she meets are, they all tell her some form of, “I would let you pass but the system won’t let me.” Maryam’s father may be relatively progressive, but he still operates within a system that means his adult daughters can’t fill out important paperwork without his permission. Al-Mansour understands that bureaucratic misogyny is even more of a threat than angry men, like Maryam’s patient, shouting sexist vitriol at women, even though those men do exist.

Al-Mansour is careful to assert that what makes Maryam “the perfect candidate” isn’t just her womanhood. Maryam’s primary motive to pursue candidacy is getting the road in front of the hospital fixed: it’s so disheveled and caked in mud that ambulances struggle to transport patients to the hospital door. Despite her inexperience––she dutifully follows an online printout about 10 steps to running a political campaign––Maryam becomes a serious contender because she’s passionate about making the real, concrete change of paving the road, which local council had thus far neglected to do. She confidently shoots down any suggestions that her candidacy would only benefit women, asserting that better public health would improve the lives of absolutely everyone in town.

Maryam is part of a tight-knit, progressive family whose ideals are forward thinking, even if they’re still very much a product of an unequal society. Her parents were musicians — something frowned upon in Saudi culture — and her father continues to teach and practice music after his wife’s recent death. Maryam and her older sister, Selma, (Dae Al Hilali) are single and independent; her sister single handedly runs an event planning business. By all means, they’re shining examples for their youngest sister, Sara (Noura Al Awad), who’s still in her early teens. But all three women are sore from the mockery their family faces as a result of their parents’ professions. Maryam still speaks derisively about her mother’s job, lamenting that she wants to prove she’s more than just the daughter of a wedding singer. Maryam’s sisters aren’t going to stop her from running her campaign, but they do their best to dissuade her, lest they face similar scrutiny.

Running throughout the film is a subplot about Maryam’s father, Abdulaziz (Khalid Abdulraheem), traveling the country on tour with his band. It might seem extraneous, but cutting back to Abdulaziz from time to time emphasizes how the issue of repression in Saudi culture stretches beyond just misogynistic repression. The country is also in a period of transition when it comes to the arts. Despite the fact that musicians are frowned upon, the band’s beautiful music brings joy to those they play for. Still, their tour is nearly cut short when extremists threaten to attack the venue where they’re about to play. Continuing on is an act of rebellion, just like Maryam’s candidacy.

What might not be apparent yet from my description of this explicitly political, nuanced, and angry film is that The Perfect Candidate is also a lot of fun. This is that rare, miraculous thing: a political crowdpleaser that doesn’t sand off its edges in an effort to be palatable. Maryam is a heroine you can root for, but she’s not self-consciously righteous; she even falls into patriarchal mindsets herself from time to time. Her bond with her sisters and her father feels warm and lived in, and their antics together are often delightfully funny. In the end, Al-Mansour manages to make a film that’s inspiring because of its heroine’s gumption, while still ending on a note of righteous anger. One woman can’t upend an entire system that’s rigged against her; neither can one film. But Maryam and Al-Mansour both do their part to expose what’s wrong with society, in the hopes that it might one day be fixed.

The Perfect Candidate opens on Friday, May 14 in theaters.