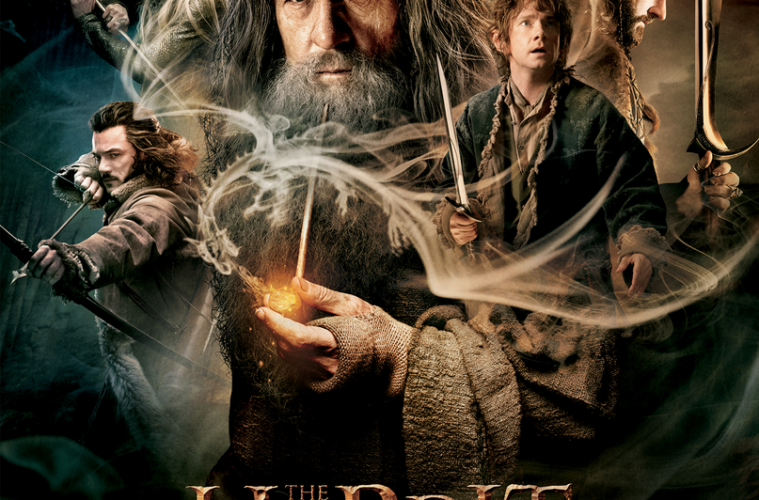 ‘The Hobbit: The Desolation of Smaug’ Gets New Extended Trailer, Video Blog and Batch of Posters While we returned to the vast, well-realized locale of Middle-earth, there’s no denying that the drawn-out, CGI-filled, stakes-free first installment of Peter Jackson‘s The Hobbit trilogy made for one of the more disappointing blockbusters of last year. As promised, the middle film in the series will debut in just over a month and to gear things up, Warner Bros. have released a brand new trailer.

While it’s perhaps the most enticing look at the film we’ve had, my ambivalence for this follow-up continues, but with lowered expectations this time around and the poorly executed exposition out of the way, hopefully there’s more fun to be had. Check out the three-minute trailer below for the film, as well as the live chat (starting at the 12:20 mark) with cast and crew, a new video blog from Jackson on the production of the film and eight new posters.

The second in a trilogy of films adapting the enduringly popular masterpiece The Hobbit, by J.R.R. Tolkien, “The Hobbit: The Desolation of Smaug” continues the adventure of the title character Bilbo Baggins (Martin Freeman) as he journeys with the Wizard Gandalf (Ian McKellen) and thirteen Dwarves, led by Thorin Oakenshield (Richard Armitage) on an epic quest to reclaim the lost Dwarf Kingdom of Erebor. The Hobbit: The Desolation of Smaug hits theaters on December 13th.

Were you disappointed with An Unexpected Journey? Are you looking forward to Smaug?