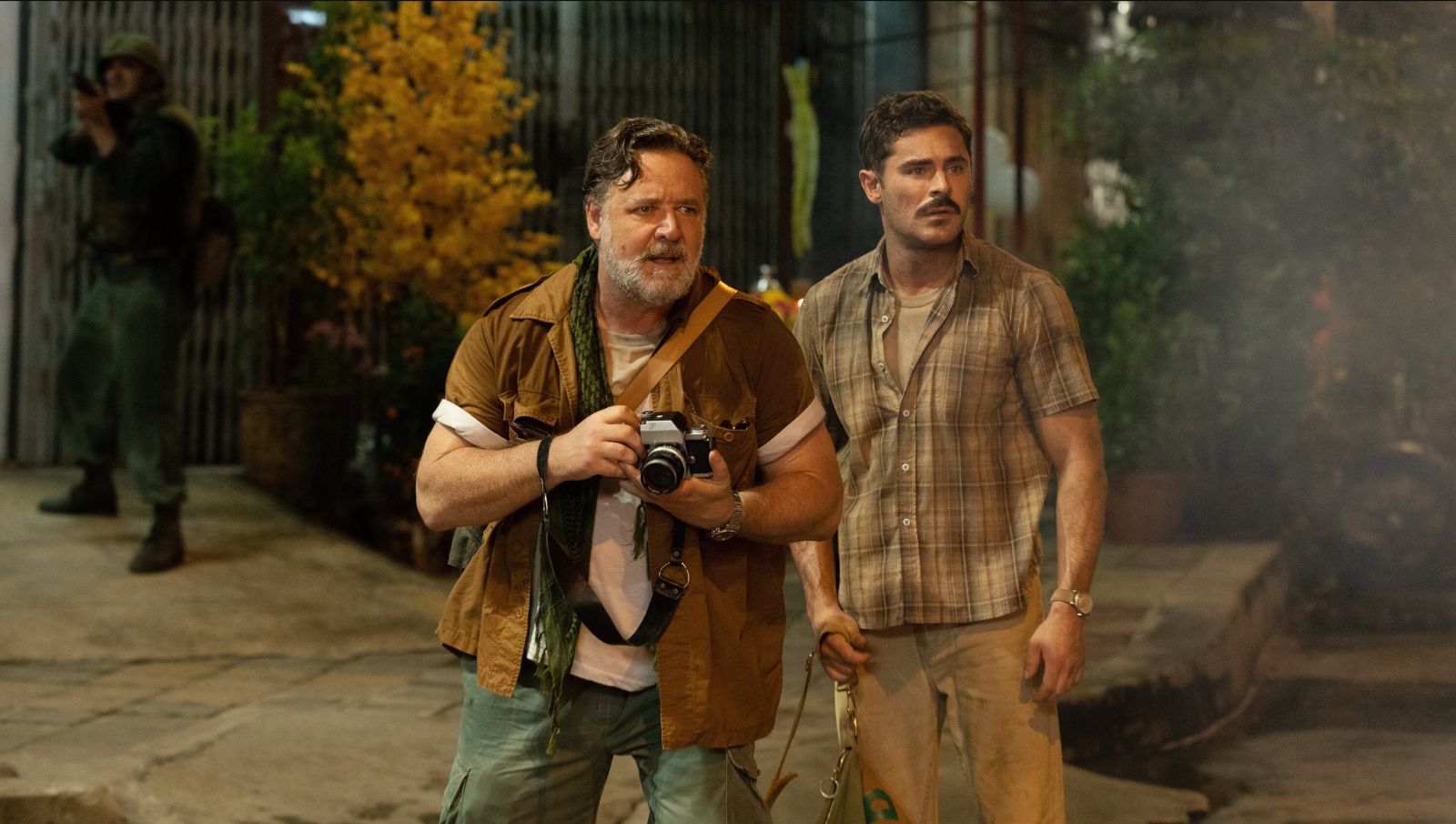 Peter Farrelly’s career is a fascinating example of a director whose brand of cinema became completely out of vogue after following a major American political event. From his debut Dumb and Dumber (still his best feature), to Stuck on You (2003), the charming brotherly love comedy where Matt Damon and Greg Kinnear play siamese twins, all co-directed with his brother Bobby, Farrelly has crafted a unique repertoire of comedies making dumb guys look charming. But then the Iraq War hit and Peter Farrelly completely stopped making funny or culturally memorable movies. With The Greatest Beer Run Ever, however, Farrelly tries clumsily and futilely to bring back the political moment that made him irrelevant with the most mid-2000s brand “comedy” made in 2022.

I placed comedy in quotes because the one thing that could have saved this movie from being a painfully embarrassing bit of mealy-mouthed politicking over what America is really doing in Vietnam is if it were genuinely funny or satirical. The premise is seemingly impossible and amusingly true––a merchant seaman named John “Chickie” Donohue (Zac Efron) brings a duffel bag of beer for his military buddies into a pressure-cooker warzone in Vietnam and somehow survives the journey. Yet, Farrelly imagines Chickie to be an incredibly clumsy, dumb, and frustratingly delusional character. His delusion is not just in the fact that he naïvely thinks the Vietnam War is a war for freedom (a thought a lot of Americans shared at the time), but that even when he lands in Vietnam, runs through a field dodging bullets by the Viet Cong, and sleeps in a muck-filled bunker next to his dreary friend, he still wants to tour around handing out beers.

In the same way as Chickie is depicted in the film, Peter Farrelly’s political tightrope walking is just as embarrassing, delusional, and juvenile. I can’t really give him credit for acknowledging the obvious fact that the Vietnam War was a chaotic mass murder campaign because his idea of depicting tragedy and carnage in this film is slow-motion sequences with needle drops of Zac Efron looking sadly at dead Vietnamese villagers, an unintentional stark reminder of the infamous photo of George W. Bush looking outside his private jet at destroyed homes after Hurrican Katrina. Unlike Ben Stiller’s marvelous Tropic Thunder, which had self-awareness about Hollywood’s patronizing tropes of Vietnam and turned those into comedic hijinks, Farrelly badly wants to make Chickie’s story a tale of maturity.

While Zach Efron is often the perfect candidate to play an exceedingly dumb guy who thinks he’s right all the time, he feels out of place here, mainly because his character has to grow, something that Efron can’t pull off convincingly. Whenever we get Efron being emotive or finding empathy, it feels hollow. It also doesn’t help that the effortlessly more intriguing character in the film––Russell Crowe’s frondeur photographer/journalist Coates––is barely in the movie and doesn’t speak aside from chiding Chickie a few times at a hotel bar about everything he’s gotten wrong.

A title like The Greatest Beer Run Ever is something the Broken Lizard gang would come up with, and they would at least live up to the premise. Farrelly does everything to make this beer run as unfunny, plodding, and needlessly repetitive as possible. The director’s politics are so excruciating because there’s nothing fun to distract from them. Fresh off a Best Picture Oscar win, he’s a filmmaker who thinks fart and cum jokes are behind him and he has something important to say. Yet his politics have not moved beyond the year 2003, the last time he made a movie that lived up to his comedic sensibilities.

The Greatest Beer Run Ever premiered at TIFF, is now in theaters, and arrives on Apple TV+ on September 30.