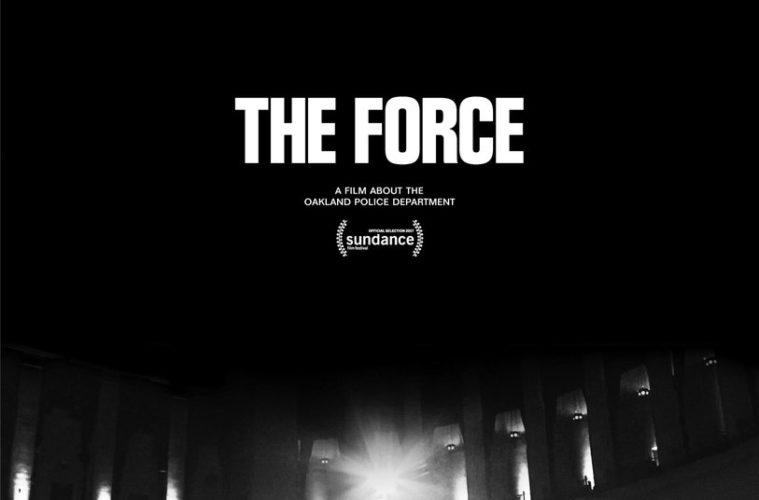 Review: ‘The Force’ Documents the Oakland PD From the Ideal Vantage Point

In 2003, the Oakland Police Department found themselves placed under federal oversight for charges of misconduct and civil rights abuses. Oakland PD’s deplorable reputation spans the last thirty years, that of a department totally unwilling to treat its citizens with respect. The Force, an engrossing new documentary from director Peter Nicks, peeks behind the scenes of this controversial police department. Cameras followed on-duty officers for two years, 2014 to 2016, documenting not only their interactions with Oakland citizens, but also their private administrative meetings behind closed doors.

As police departments across the United States encounter sickening accusations of officer brutality and unlawful shootings of unarmed black suspects, Oakland PD, led by Chief Sean Whent, attempts to set an example for other cities. Meanwhile, the Black Lives Matter movement rightly scrutinizes their every move with a magnifying glass.

Nicks’ absorbing documentary opens with a hopeful, but fleeting breeze: since 2014, under camera surveillance during on-duty hours, the Oakland PD decreased the number of times they pulled their guns by half, and lowered the number of complaints against officers by 60%. Miraculously, two years passed without a suspect shot by police. Chief Whent’s compassion for the people of Oakland comes through as he interacts with press, or stages outreach meetings with community leaders to address accusations head-on. Whent looks and sounds almost like comedian Andy Daly’s dorky older brother. He has an affable, aw-shucks personality, and lacks any patience for what he refers to as bad cops. “I don’t need bad cops on my force,” he sternly advises new recruits. And then, by August 2015, the fourth shooting that year of a black suspect takes place.

Some of the footage brings to mind Fox’s Cops, as we follow officers on the beat as they answer routine calls. Lawrence Lerew’s editing never stylizes the material, allowing the footage to speak for itself, cutting only for emotional impact. When we see officer’s body-cam footage, it’s garbled and choppy, seemingly filming at a rate of about two frames-per-second. What happens in that nearly unwatchable footage remains totally debatable and woefully unclear. But Nicks’ crystal-clear documentary lens leaves no room for interpretation. There’s a moment when two officers pull tasers on a black suspect, who immediately puts his hands in the air and shouts: “I can’t breathe.” His words halt both officers in their tracks, silencing the commands they’ve been shouting, if only for a second. This pregnant pause reverberates through the rest of the sequence, as if the officers suddenly remembered in a moment of stark clarity: “Oh yes, they’re filming us right now.”

The film’s most disturbing moment occurs when the new recruits watch footage of a 2011 shooting of a black suspect armed with a knife. In the video, the officer leaps from his squad car, brandishing his gun and screaming commands before making any orderly assessment of the scene. The officer proceeds to fire 13 shots at the suspect, all of which hit their mark. After the video, the arguments that follow (in particular from the white male recruits) reveal heartless and cowardly people who believe firing 13 bullets is ethically the same as firing only one. The psychological assessment of new recruits is one notable omission from the film, although it’s difficult not to think about during this alarming sequence.

Months later, yet another shooting of an unarmed black suspect occurs. None of the officer’s body-cams were active at the time of the shooting, a convenient failure which throws even more suspicion on the department. One of the officers we’ve gotten to know, Officer Cairo, gets named as a key participant in the shooting, at which point, he all but disappears from the film. By May 2016, a shocking sexual scandal involving 30 officers, 16 of those in the Oakland PD, engaging in paid sex with an underage woman hits the papers. Oakland PD goes silent. Soon after the sex scandal hits, Chief Whent leaves the force, another familiar face suddenly vanishing from the narrative.

Wisely, The Force’s steadily-paced narrative never pauses to glorify the corruption, instead alternating scenes with short bursts of the citizens of Oakland, seen from the window of a roving police cruiser. Pedestrians eye the camera’s lens, the police car, with a cautious dread, no lingering trust in their gaze. If Nicks’ film fails to change people’s minds, converting viewers from one side of the argument to the other, it comes as no surprise. The Oakland police department tried and seemingly succeeded in reversing their dishonorable reputation for a short time, before resuming their undeniably corrupt practices. The Force examines one of the most talked about issues in America from an ideal vantage point, revealing disheartening complexities with an intriguing momentum.

The Force screens at Human Rights Watch Film Festival and opens on September 15.