The Feast Review: Welsh Eco-Horror Invites You to a Particularly Gruesome Dinner Party 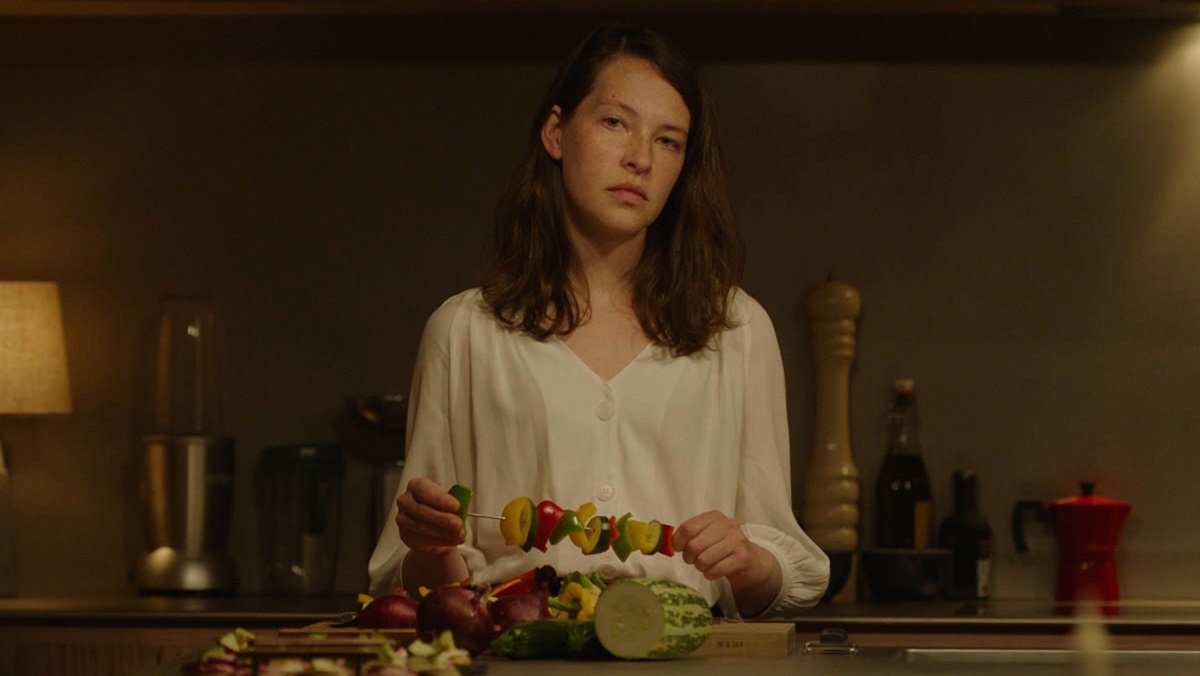 Lee Haven Jones’ slow-burn eco-horror The Feast may feature extended conversations around the dinner table about wealth inequality and the ecological damage of mining environmental resources. But behind a polished aesthetic and explicit metaphor about mother nature’s revenge lies an assured gross-out flick—featuring more than one scene in which vomit becomes a central ingredient of a farm-to-table dish—that announces the first-time feature director as one to watch. Subdued and formalistic for the first two-thirds of the film before, very literally, taking the camera off the tripod for a particularly gory finale, The Feast may test one’s patience but, for those willing to embrace these Welsh-film’s eccentricities, Jones has crafted one of the more horrifying dinner parties this side of The Invitation.

Over the course of a single day, wealthy Glenda (Nia Roberts) and Gwyn (Julian Lewis Jones) prepare for a dinner party with the help of a newly hired, near-mute local waitress Cadi (Annes Elwy). Serving as the de-facto protagonist, Cadi is subject to the scorn of not only Glenda and her insistence on perfection, but also her two sons: drug addict Guto (Steffan Cennydd) and wannabe-triathlete Gweirydd (Sion Alun Davies). Living on farmland that had recently been lent to drilling companies, Glenda and Gwyn hope to convince their neighbors to also lease their land out, figuring their newly constructed mansion and opulent displays of newfound wealth will do the work for them. Yet as the night wears on and guests begin to arrive, Cadi’s actions become increasingly erratic, seemingly punishing the family one by one.

The Feast, split into chapters, is a bit too schematic in its first half. For a film that has Cadi augment each dish with her own bodily fluids, subtext is not exactly of the highest priority. Thematically, Jones and screenwriter Roger Williams centralize ways in which this family has used and abused the farmland they live on, whether through drilling, hunting, or building a sleekly modernized house. Glenda and Gwyn attempt’s to bend nature to their whims ultimately backfire in spectacularly gruesome fashion.

Anchored by Elwy’s restrained, almost robotic turn, Jones and Williams essentially define each family member as archetypes: Glenda clings to her newfound wealth like armor, Gwyn repeatedly re-asserts his masculinity by reiterating that he hunted the rabbit they are eating, Guto’s addiction controls his every action, and Gweirydd—by far the creepiest—is a little too in love with his own physique.

The leisurely pace may be off-putting for some; Jones and Williams are content to follow the family around during preparations almost in real time, compartmentalizing each character before the dinner. But by the time a fellow dinner guest explains the reasoning behind Cadi’s actions, The Feast switches gears almost entirely, jettisoning cool detachment for out-and-out body horror. Such bifurcation might induce some whiplash as Jones’ formalist aesthetic gives way to a more traditional set-up. Yet I was constantly surprised by ways in which The Feast upped its gross-out factor, neatly tying thematic interests to Cadi’s increasingly gruesome kills.

Not all choices that Williams and Jones make pay off—including a late-act decision to explicitly spell out the reasons Cadi is seeking revenge—but The Feast is a compelling addition to the burgeoning genre of eco-horror, one of the more gruesome, nasty films in recent memory.

The Feast arrives on VOD and in theaters on November 19.