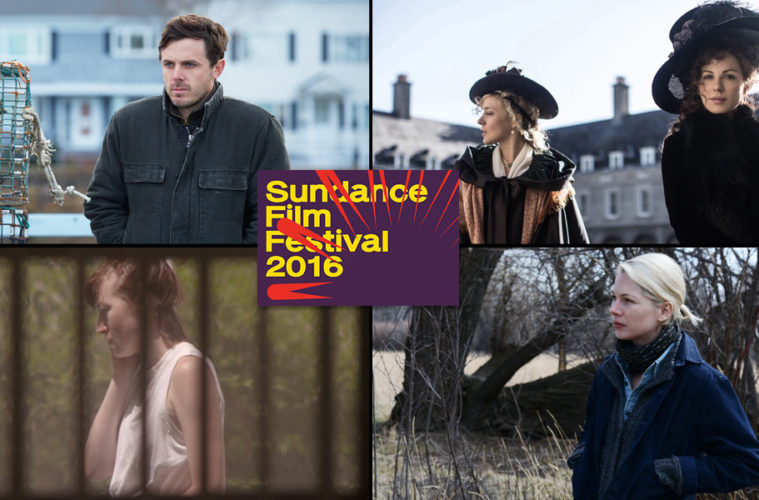 The 15 Best Films at the 2016 Sundance Film Festival

One will find our top fifteen favorites (in alphabetical order), followed by the rest of our reviews (from best to worst, including previously premiered features), then interviews. Check out everything below and stay tuned to our site, and specifically Twitter, for acquisition and release date news on the below films in the coming months.

Kirsten Johnson has been a cinematographer and / or camera operator on documentary films for 20 years. This has taken her all over the world and led her to meet all kinds of people. She’s been in Bosnia, interviewing survivors of the genocide. She’s observed Nigerian midwives in action. She watched Edward Snowden deliver his revelations about NSA surveillance practices to Laura Poitras and Glenn Greenwald. She has over 60 camerawork-related credits to her name on IMDb, and she’s not slowing down any time soon. Cameraperson is her self-described “memoir,” an album of her life as expressed through her life’s work. Dan S. (full review)

A common trope at Sundance is the star-led indie, painted top-to-toe with eccentricities that are meant to represent/replace both story and character development. Relatively straightforward narratives that stand out thanks to shock-and-awe details that usually fade not too long after the well-regarded premiere. Captain Fantastic, written and directed by Matt Ross (28 Hotel Rooms), threatens to reinforce the expectation, before rising above and standing on its own. Much of the credit goes to Viggo Mortensen, who remains a singularly dominant on-screen presence, in a role here that feels deigned by the movie gods. Dan M. (full review)

The cinema of Kelly Reichardt lives in quiet, tender observations with deeply rooted characters and location. Even when adding a thriller element as with her last feature, the overlooked Night Moves, her style is never compromised. Her latest feature, Certain Women, is a loosely connected three-part drama adapted from the short stories of Maile Meloy. It’s perhaps the purest distillation of her sensibilities yet as she patiently explores the longing for human connection in a world where men too often get prioritized. – Jordan R. full review)

In many ways, writer-director Tim Sutton‘s third feature, Dark Night, exists in the same world as his first two films, Pavilion and Memphis. As we follow a collection of young men and women drifting through a long day in the American suburbs, many of the themes from his earlier work shine through — boredom as punctuated by anger, lust, and artistic ambition, to name a few. Where the day will end we already know, thanks to the film’s blunt title, a not-so-subtle reference to the 2012 shooting at a showing of The Dark Knight Rises in Aurora, Colorado. Dan M. (full review)

For seven generations, the men of Nurgaiv’s family have mastered the art of eagle hunting, a tradition in western Mongolia that goes back some 2,000 years. For the Kazakh people of the Altai region, it is a practice that is not only crucial to their survival in the remote area, but also a badge of honor and expertise in the long-held tradition. Inspired by her father, Nurgaiv’s daughter Aisholpan has taken an avid interest in the craft with hopes of tearing down the boundaries of cultural sexism and becoming the titular, first-ever The Eagle Huntress. In capturing her passion, her family’s encouragement, and the societal roadblocks ahead of her to overcome, director Otto Bell has created an empowering, gorgeously shot documentary. – Jordan R. (full review)

An exploration of movement, motion, liminality, childhood and racial politics, The Fits is a fascinating psychological study of Toni (fearlessly played by Royalty Hightower), an 11-year0old living in Cincinnati’s West End. Set almost entirely within the walls of the neighborhood Lincoln Rec Center, we first find Toni taking up boxing, trained by older brother Jermaine (Da’Sean Minor). Abandoning the rigor of the boxing — requiring sprints across an overpass after hitting the speed-bag — Toni finds herself drawn to the dance troop practicing across the hall, where what she finds is nothing short of her voice. – John F. (full review)

Frank & Lola, a noirish erotic thriller from journalist-turned-director Matthew M. Ross, finds leads Michael Shannon and Imogen Poots in top form. They excel as lovers in this tightly-wound psychosexual love story that has elements of the best of Eyes Wide Shut. Frank (Shannon) is a high-flying chef working in top-end restaurants in Las Vegas. At the bar of his establishment he meets Poots’ Lola as she glides into his bar, and director Ross sets the scene by opening the film on the ensuing sex, a moody awkward sequence that heightens a sense of menace behind these beautiful starlets. – Ed F. (full review)

After helping filmmakers such as Todd Haynes, Ang Lee, and Todd Solondz shape their careers, James Schamus has finally made the leap from producer to director with an adaptation of Philip Roth‘s 2008 novel Indignation. The 1951-set feature follows Marcus Messner (Logan Lerman), a Newark-bred Jewish teenager heading to his first semester at a Lutheran college in Ohio. In doing so, he avoids the draft for the Korean War, which is claiming extended family and friends as victims. While a morally sound, eloquent, and confident individual, at college he grapples with sexuality and a distinct indignation, primarily inflicted by Dean Caudwell (Tracy Letts). – Jordan R. (full review)

Actors put themselves in others’ skins — or they put others’ heads inside their own. Television journalists adopt a persona and try to deliver important information. Women erect calculated fronts to navigate environments not built for them. Many people suffering mental illness do their best to maintain a semblance of “nothing’s wrong.” Film directors orchestrate elaborate works of emotional manipulation. Documentary film directors do so with factual material. Such performances often overlap in the course of life and work; all of them intersect in Kate Plays Christine. – Dan S. (full review)

Master of poisonous tongues and vicious schemes in the world of the rich and the poor, Love & Friendship is perhaps writer/director Whit Stillman‘s most potent mix of comedy and social commentary. He’s got Jane Austen to thank, whose novella ‘Lady Susan’ serves as the inspiration for this tale of Lady Susan Vernon (a pitch-perfect Kate Beckinsale), a widow with a flirtatious reputation, determined to well re-marry well at whatever the cost. Often laugh-out-loud funny and downright mean at the same time, Stillman is in top form here. Planned for a spring release, keep your eyes peeled for this one, and for a slightly more reserved take check out our full review. – Dan M.

Tender and haunting, So Yong Kim’s Lovesong is a carefully observed, nuanced character study beautifully written, directed and edited. Much of the action, like in her pervious features In Between Days, Treeless Mountain and For Ellen occurs at the edge of the frame. Exploring the bounds of motherhood, childhood and maturity, Lovesong is an impressive and observant feature in which Kim allows the relationships the breathing room they require for authenticity. – John F. (full review)

Manchester By the Sea (Kenneth Lonergan)

With his unassuming, quietly affecting films leaving such a distinctly indelible impact long after the credits roll, we may only have three films from Kenneth Lonergan across sixteen years, but they provide a lifetime’s worth of human experience. His latest, Manchester By the Sea, finds him in the quaint northeastern Massachusetts town as he immaculately constructs a layered, non-linear exploration of the ripple effects of loss and grief. – Jordan R. (full review)

As uncomfortable a viewing experience it may be, the best films from Todd Solondz slowly reveal themselves with their character intricacies and distinct touches, burrowing deep inside as they replay in one’s mind. In his latest feature, Wiener-Dog, he’s crafted a series of incisive, perceptive vignettes mutually connected by the shifting owners of his title character. Aptly described by Solondz as Au Hasard Balthazar meets Benji, there’s no denying it bears his brand of humor and heartbreak in every scene. – Jordan R. (full review)

Under the Shadow (Babak Anvari)

Cinema is often a space for abstract, subconscious expressions that require airing. Under The Shadow is an inspired psychological thriller from Iranian filmmaker Babak Anvari that effectively delivers the thrills expected, and more. Here, the horror is both personal and natural. It’s a theme found amongst a few world cinema selections at Sundance this year, notably the cancer drama A Good Wife, which also uses the landscape of the war torn Bosnia as an emotional theme. – John F. (full review)

Embrace of the Serpent (A-)

A Flag Without a Country (B)
Agnus Dei (B)
All These Sleepless Nights (B)
The Birth of a Nation (B)
Film Hawk (B)
The Fundamentals of Caring (B)
The Greasy Strangler (B)
The Hollars (B)
Hunt For the Wilderpeople (B)
The Land of the Enlightened (B)
Little Men (B)
Lo and Behold: Reveries of the Connected World (B)
Newtown (B)
Notes on Blindness (B)
Other People (B)
Richard Linklater: Dream is Destiny (B)
Rams (B)
Sing Street (B)
Sky Ladder: The Art of Cai Guo-Qiang (B)
Southside With You (B)
Viva (B)
Wild (B)

Which Sundance 2016 premieres are you most looking forward to?