Test Pattern Review: A Unique and Sobering Deconstruction of the Relationship Drama 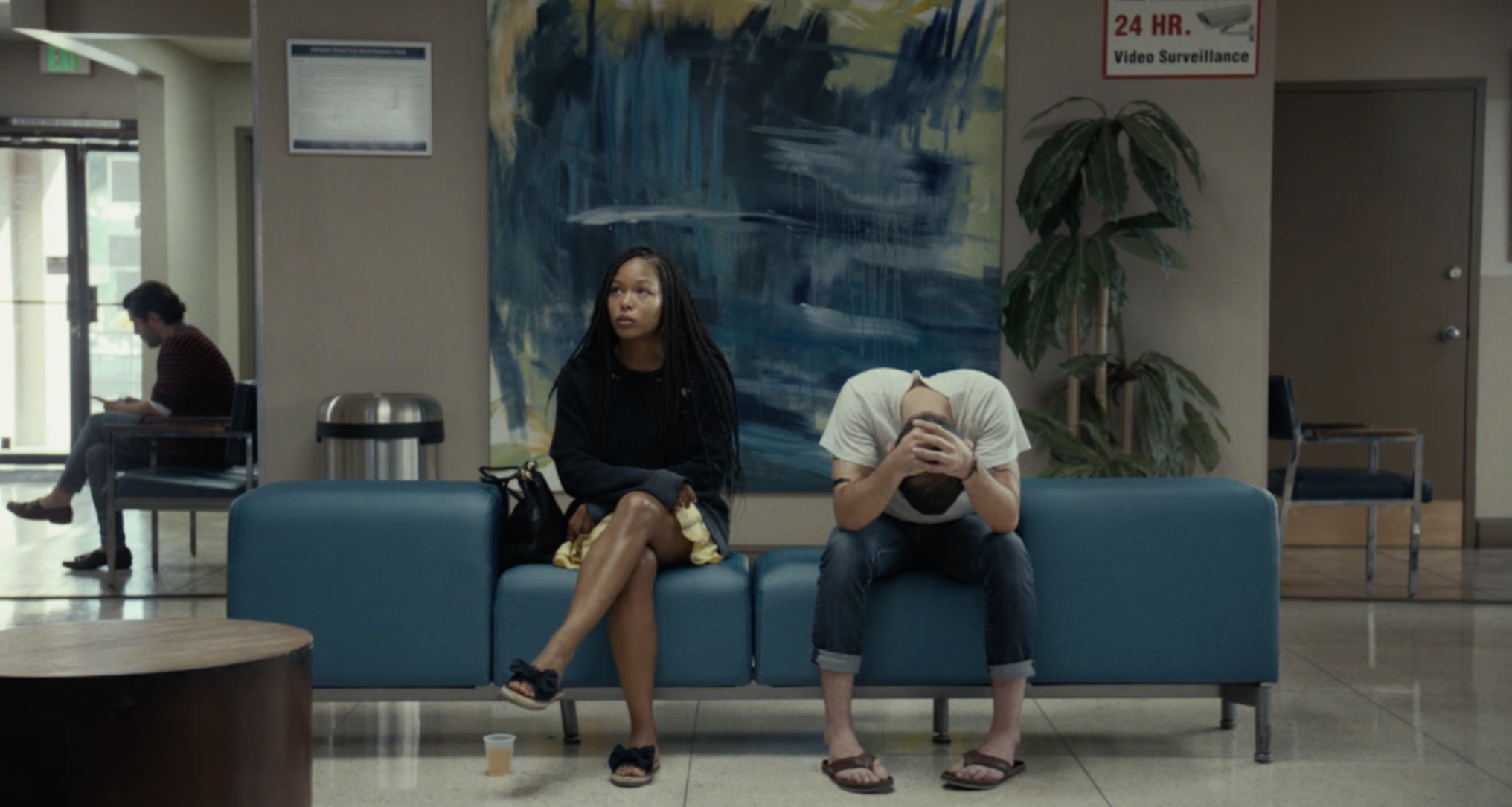 Every new romance begins with the fantasy of everlasting happiness. Film as an art form is adept at capturing the intensity of euphoric early moments shared between two love-struck people discovering each other for the first time. Audiences know this is merely a precursor to the reality and heartbreak that comes next, but we still flock to love stories nevertheless.

Shatara Michelle Ford’s Test Pattern is one of the most unique and sobering deconstructions of this classic construct. The cutesy first act finds corporate manager Renesha (Brittany T. Hall) falling in love with hipster tattoo artist Evan (Will Brill) after they meet-cute at a bar one night. While their early conversations are stilted and groggy, the two are drawn to each other in ways that are not entirely explainable. Honeymoon phases rarely make a lick of sense.

While the good times in any fresh pairing are based on formality, politeness, and sincere attraction, Ford’s film paints this scenario as almost utopian. These two characyers are in perfect sync. Renesha and Evan eventually move in together, and she decides to leave her job for the non-profit sector. But all of it feels slightly off, too easy, as if the audience were being set up for a tonal rope-a-dope.

Romance films usually explore the slow decline of a relationship over months and years. But in Test Pattern, all it takes is one night. While out drinking with a friend, Renesha is sexually assaulted by a man who gives her spiked edibles. The entire traumatic experience unfolds in a haze, fragments, flashes, and sounds. She wakes up the next morning next to a man she doesn’t know, not fully understanding the gravity of what he’s taken from her.

It’s only when she arrives home that the details of the assault begin to come into focus. At this point, Test Pattern unleashes a lightning round of anger, resentment, and doubt that neither the characters nor audience could have predicted.

Flustered and growing increasingly angry, Evan demands that Renesha get a rape kit completed so as to preserve the evidence. They drive from hospital to hospital, getting lost in the blind spots of our failing health care system that only prolongs victimhood. Dialogue scenes become rushed and panicked, before silence eventually takes over. One crucial scene strips away all diagetic sound and replaces it with Tchaikovsky’s “Waltz of the Flower,” a desperate and flailing attempt at elegance where it no longer exists.

Trauma turns this relationship inside out suddenly and swiftly before Evan or Renesha really have time to process it. Ford’s main goal here is to reveal not just a loss of individual self and confidence, but the dismantling of a partnership that might be too new to survive such a seismic event.

Taking the title into consideration, Test Pattern remains clearly focused on the circumstances outside of our control that force adjustments in perspective. Ironically, this heinous crime forces Evan and Renesha to peel back the façade of their life that was all sunshine and butterflies and finally decide how (or even if) they want to deal with such a damaging experience together. In the brutally honest final shot, Test Pattern leaves this couple broken and isolated, separated by more than a pane of glass. Sexual assault is the crime that keeps taking.