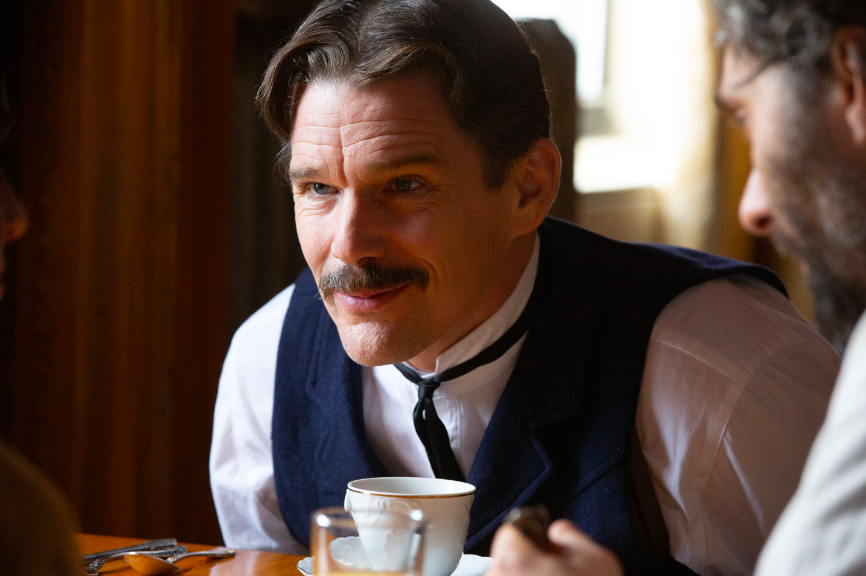 One of our most-anticipated films heading into Sundance Film Festival this year was Tesla, the latest film by the always inventive Michael Almereyda. As one can imagine, the director defied conventions finding new territory to mine from a figure (born on this day in 1856) recently captured in other biopics like The Current War. Led by Ethan Hawke and also starring Kyle MacLachlan, Jim Gaffigan, Donnie Keshawarz, and Eve Hewson, the film is now set for an August release by IFC Films, who have debuted the first trailer.

Dan Mecca said in his review, “Tesla plays a lot like Experimenter in its use of minimalist production design in parts (perhaps forced by budget) and exciting flights of fancy in others. Almereyda has been a Sundance mainstay for much of his career and it makes sense. His films are a testament to the independent spirit. Limitations be damned! The messy creativity on display is something to admire.”

See the trailer below and read our Sundance interview here.

Tesla arrives on August 21 in theaters and on demand.