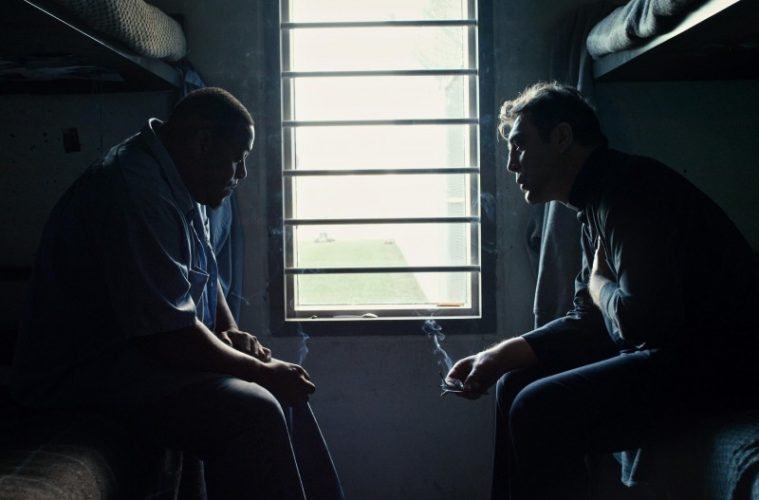 Considering how much footage is shot when it comes to the films of Terrence Malick, we often see varying editions (The New World) and versions (Voyage of Time), not to mention the numerous actors whose characters are completely cut out of the film. It was only a matter of time before an entirely different film was made of the unused footage, and now that’s the case when it comes to extra materials left in the editing bay from To the Wonder.

Back in 2010, photojournalist Eugene Richards was hired by Malick to venture into the town Bartlesville, Oklahoma with Javier Bardem as his priest character. Over the course of the shoot, they spoke to the townspeople, ranging from a former Ku Klux Klan leader to a woman who recounted her stories of sexual assault. While some of this was seen in the final film, of course, there was mountains of it left over. After getting the rights to the footage back, Richards has made the resulting 43-minute film, Thy Kingdom Come, and it’s premiering alongside another Malick project, his VR experience Together,  at this year’s SXSW Film Festival.

“Most people knew him as the murderer in No Country for Old Men, ” Richards tells The New Yorker when it came to Bardem and revealing they were being interviewed for a work of fiction. “A couple people knew him as Penelope Cruz’s husband. Some didn’t know who he was at all. And absolutely no one cared, in the end, who he was, except that he was there to listen.”

Update: To clarify the relationship of the project to To the Wonder, the filmmakers have released the follow statement.

Thy Kingdom Come grew out of the experience of Eugene Richards working as a researcher, then a videographer, for Terrence Malick on his feature film, To the Wonder. Thy Kingdom Come is an original and stand-alone work, not one comprised of 35mm film outtakes, or unused footage, shot for To the Wonder. Emmanuel Lubezki was the cinematographer for To the Wonder, while all of the video footage in Thy Kingdom Come was shot and directed by Eugene Richards. Small visual segments of this video footage appear in the Malick film, most specifically during the recitation of a prayer by Javier Bardem. It was Redbud Pictures, the production company for To the Wonder, that hired and credited documentary photographer and filmmaker Eugene Richards as a Primary Consultant. Redbud Pictures provided the RED video camera that Richards used in his work. Local residents who appear in Thy Kingdom Come were informed in advance of meeting Javier Bardem that he was a film actor, not a real priest, and that scenes of them, with their permission, might well appear in Malick’s final film. Redbud Pictures generously licensed the footage to Eugene Richards, with the knowledge that he would edit it into a stand-alone film. Thy Kingdom Come is a true collaboration of a photographer, an extraordinary actor, and townspeople of Oklahoma.

Check out the trailer below courtesy of The New Yorker/One Big Soul, as well as the synopsis.

Uncertain what to say, the priest who has come to visit clasps the grieving mother’s hands. When she closes her eyes, she sees her young son settling the baby into the bathtub, as the water is running. And then the water is everywhere….

A cancer patient grown mad at God; a Ku Klux Klansman seeking redemption; an elderly woman who was never not in love; an inmate who’s been waiting weeks in his cell for a letter; the mother blamed for her baby’s death. Unscripted, shaped from a dozen life stories, both documentary and fiction, Thy Kingdom Come reveals life in a small mid-America town as alternately precious and harsh, wanting and hopeful.

Thy Kingdom Come premieres on March 10 at SXSW.