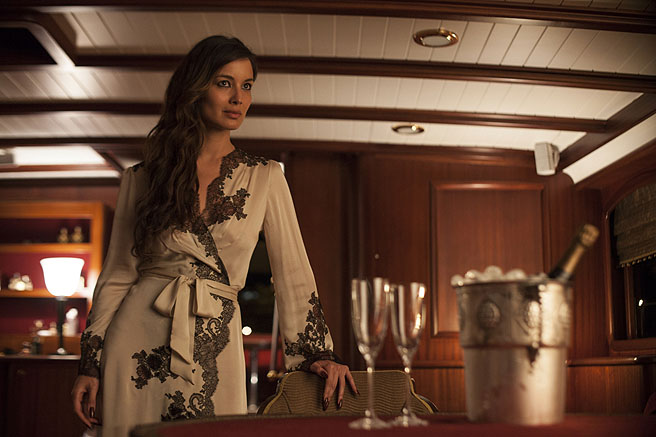 As Terrence Malick is still hard at work down in Austin for his currently untitled drama, the actors continue to pour in. Whether they were spotted on set or confirmed awhile back, the final project may or may not feature Michael Fassbender, Natalie Portman, Christian Bale, Ryan Gosling, Rooney Mara, Cate Blanchett, Benicio Del Toro, Boyd Holbrook and Holly Hunter. We’ve now got another addition from The Hollywood Reporter, as they let us know that the latest Bond girl, Berenice Marlohe, has joined the project in between her press tours for Skyfall.

As with every single other character in the film, there’s no word on who she’ll play, but we know the story follows two intersecting love triangles exploring sexual obsession and betrayal set against the music scene in Austin, Texas. Expect to see a barrage of paparazzi photos of Marlohe on set as she makes her way down South and those in the US can see her Hollywood debut a week from today, when Skyfall arrives in theaters.

Are you looking forward to possibly seeing Marlohe in Malick’s latest?