SXSW Review: Tom Petty, Somewhere You Feel Free Takes a Compelling Look at the Dichotomy of the Late Artist 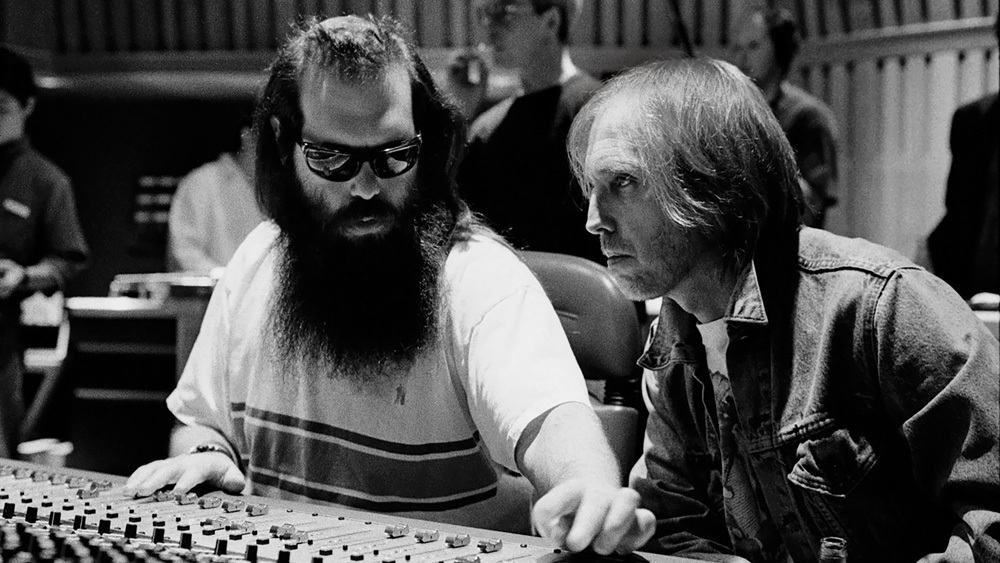 There are times when it is still hard to fathom that Tom Petty is gone. Turn on his SiriusXM station, and there is a good chance you’ll hear Petty’s inimitable drawl on his “Buried Treasures” program, sounding vivid and cheerful. Recorded work is still being released, including last year’s massive, 25-song version of his classic album Wildflowers. And now comes Tom Petty, Somewhere You Feel Free, a vivid, compelling documentary chronicling the creation of that aforementioned album. As the film’s opening explains, in early 2020 a collection of 16mm film was discovered in the Petty archive, all shot between 1993-95 by filmographer Martyn Atkins. Never before released, the footage offers a unique view inside the process of making a masterpiece.

The Tom Petty in Somewhere You Feel Free is both joyful and devastated, powerful and wounded. This dichotomy exists in many of Petty’s greatest songs, and as Somewhere shows, it is essential to understanding how Wildflowers came to be. The ability to see all of this for ourselves is what makes the film more than a standard making-of doc. Archival footage is supplemented by new interviews with producer Rick Rubin (still bearded, a bit gray-er); Petty’s daughter, Adria; and members of his longtime band, the Heartbreakers—most notably guitarist Mike Campbell and keyboardist Benmont Tench.

In terms of providing a sense of who Petty really was, the resulting film is, in just about 90 minutes, the equal of Peter Bogdanovich’s four-hour 2007 documentary, Runnin’ Down a Dream. Tightly and smartly directed by Mary Wharton and making its world premiere at the 2021 South by Southwest Film Festival, Somewhere You Feel Free is an essential rock doc. For Petty die-hards, it is sure to be greeted as a sacred text. Yet even more modest fans will find much to enjoy here. Above all else, there is the music of Wildflowers, an album that is bursting with greatness: “You Don’t Know How it Feels,” which somehow still manages to sound both languid and energetic; “You Wreck Me,” the album’s most straightforward rocker; “It’s Good to Be King,” which might be his prettiest––and saddest––song.

“I really wanted to be free of the democratic process,” Petty says in the film, a nice way of saying that this was not a Heartbreakers album, despite the presence of most band members. It was also not a Jeff Lynne production; the loss of that Lynne sheen was intentional. With Rubin at the helm, this was not, the producer explains, a “band album.” It was a “singer-songwriter” album. Or as Petty puts it, “Songs are what it’s about.”

It is rather shocking to hear that at the time of Wildflowers, Petty was just a bit over 40 years old. Not particularly shocking, given the lyrics of “To Find a Friend,” is the knowledge that his personal life was about to undergo dramatic upheaval. (“In the middle of his life / He left his wife / And ran off to be bad / Boy, it was sad.”) As he says in the film, “I was becoming disenchanted in my marriage … the marriage was falling apart.” Now an adult, his daughter sees that her father was “preparing us for the cliché of what you’re about to have to go through to get out of this relationship.” No other album, she says, better reflects his state of kind at the time of recording. It’s a startling level of self-examination, and this example represents the type of insights provided in Somewhere.

Wharton’s film is full of such moments. During the making of Wildflowers, Petty must reunite the Heartbreakers to record songs for a greatest hits album, and heads to a different studio entirely; it didn’t fit the Wildflowers vibe. “What we’re doing now is the future,” Rubin explains, “and the greatest hits stuff is the past.” (The song? Only “Last Dance With Mary Jane,” a track that became such a hit that I recall it being sung, word-for-word, by every kid on my bus in middle school.) Or consider the story of how new drummer Steve Ferrone entered the studio, started playing on “You Don’t Know How it Feels,” and “changed everything.” Suddenly, the album had a guaranteed hit.

The most impactful moments, however, are those that offer a window into Petty’s mindset. He was overcome with joy—and upset. “Sometimes you got to save yourself,” he sings in the delightful “California,” a Wildflowers outtake. “California is where he invented himself,” his daughter explains. Yet it is also the site of his personal disharmony. “The work reflects a time in someone’s life,” Rubin says. And Wharton shows in vivid detail that this was true of Wildflowers, perhaps more than any other Tom Petty album.
One minor criticism is that at the film’s close, one might expect that the artistic high of Wildflowers would send its creator on a victory lap. In reality, the making of the album was soon followed by heroin addiction. It’s a sad post-script, one not represented here in any way. (There is that high-low Petty dichotomy again.) Perhaps that would have been too somber a direction. Instead, we are left knowing that in 2020, Wildflowers was finally released as Petty intended––in full double album glory. That sprawl is befitting of a collection of songs, Petty says on-screen, that were never second-guessed: “I had no control over what I wrote this time. I didn’t edit myself.” In Tom Petty, Somewhere You Feel Free, we have a very rare––and very welcome––opportunity to see that truth for ourselves.