SXSW Review: The Charli XCX Documentary Alone Together Feels Like an Afterthought Strictly for Fans 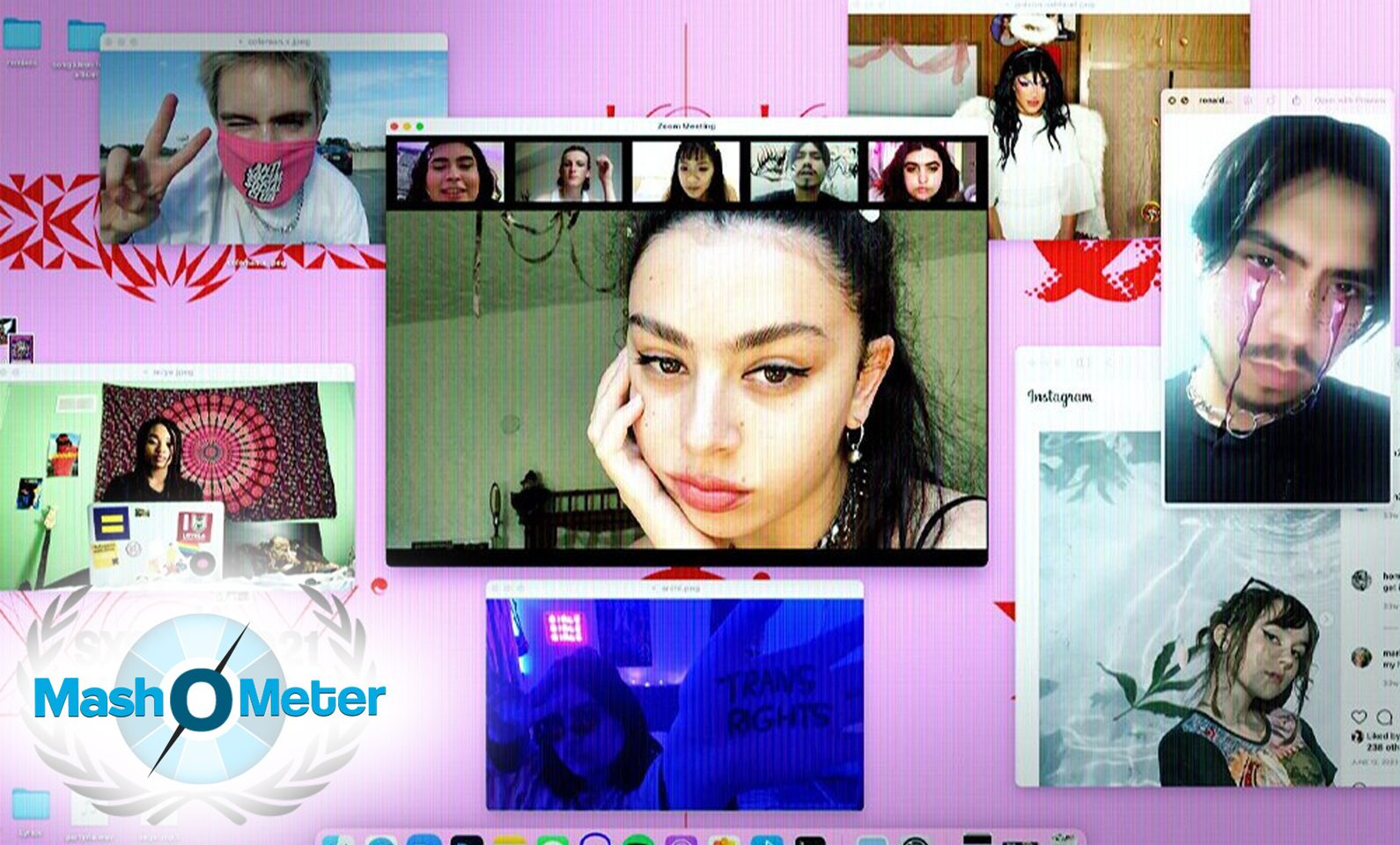 It’s a shame pop musician Charli XCX wasn’t quarantined with anyone with formal film training during the pandemic. Alone Together, her debut feature as co-cinematographer, resists documenting a creative process she had already chronicled live on Instagram: writing, producing, and recording her new album How I’m Feeling Now with a self-imposed six-week deadline when we didn’t know exactly how long the COVID would last. Cobbled together by music video directors Bradley & Pablo, who have the task of imposing order on previously-shot footage taken from Zooms, live feeds, and Charli’s primitive “Charli Cam” (a DV camera she carries around the house like Ethan Hawke’s Hamlet), Alone Together is the ultimate act of fan service for her most devoted core, known as the Angels. As might be obvious, this is a film that is probably not for casual fans.

Quarantined with boyfriend Huck Kwong and managers Sam Pringle and Twiggy Rowley, Charli sites out to make an album the low-fi way, consulting on Zoom with producers, gathering beats, and recording in her bedroom. Along the way she polls fans on Instagram Lives and on private Zooms, testing lyrics and new ideas and accepting input. Pop music is, in fact, hard work as proven by countless behind-the-scenes documentaries including R.J. Cutler’s superior Billie Eilish: The World’s A Little Blurry which has the obvious benefit of a world-class documentarian at the helm of a project not shot in isolation during a global pandemic.

As far as hang-out films go, Alone Together synthesizes the process of creating the album while also embracing its often too low-fi production elements; clearly, the film was a bit of an afterthought as boyfriend Huck seems reluctant to appear on screen or even participate in the filming of a music video shot against a green screen for Charli’s fans to play with.

The film chronicles the anxiety felt by the artist’s devoted fans, largely made up of members of the LGBTQ+ community who embraced her 2016 song “Vroom Vroom.” The Angels, often feeling misunderstood, find community online, meeting in both Second Life and Zoom for virtual dance parties.

Alone Together has something rather profound to say, it’s just a shame that it never does so in a truly coherent way. Music, creativity, and community are all powerful coping mechanisms during what was a psychologically tough period of lockdown and Charli XCX’s How I’m Feeling Now captures the immediacy of the moment with its stripped down electronic beats much in the way SoundCloud rap captures the anxiety of an overmedicated generation of kids.

In that spirit, credited directors Bradley & Pablo rush the process, which has a certain magic in music but can be deadly in filmmaking. The documentary largely focuses on process and fandom, often keeping more intimate moments off-camera––perhaps by design. I suppose not everyone gets to choose who they quarantine with and their degree of comfort in participating in a documentary film, but the film seems like an afterthought for the very fans that were there for the journey the whole time.

Alone Together premiered at SXSW.