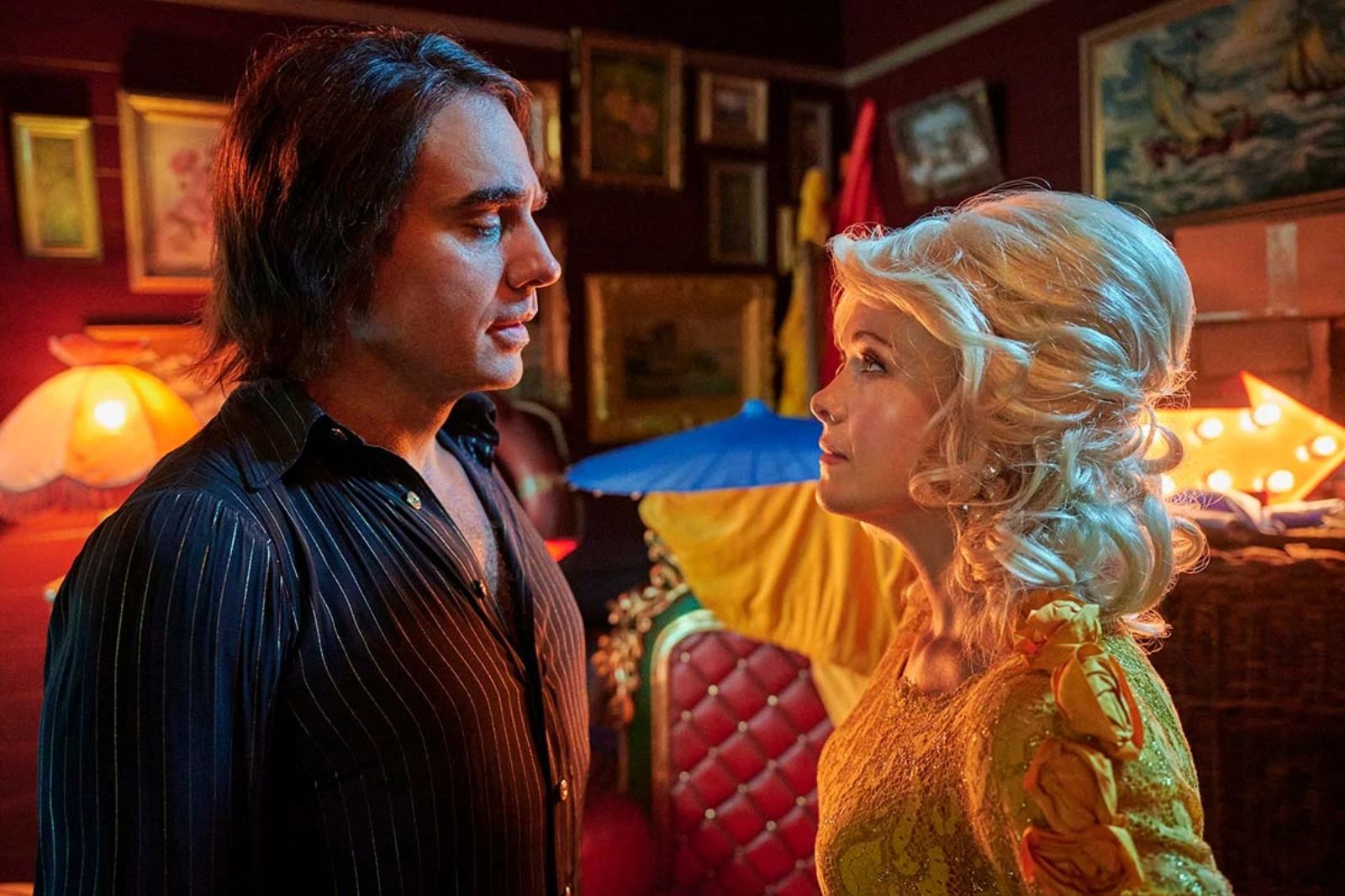 Dolly Parton was everywhere at SXSW, from her documentary Still Working 9-5 to her collaboration with Blockchain Creative Labs which involved both a well-received performance at Austin City Limits and Dollyverse NFTs. There’s a reason she’s still an icon, and Gracie Otto’s hilarious Seriously Red has decades of witticisms and quotes to draw upon. Written and starring Krew Boylan as Raylene “Red” Delancy (a Dolly impersonator with naturally smaller breasts and red hair) and framed by Dolly quotes—including “find out who you are and do it on purpose” and “it costs a lot of money to look cheap”—it’s one of those films where a thirty-something comes of age from sheer will and stubbornness.

After being fired from her job as a real estate appraiser over sexual-harassment claims stemming from a holiday party, she takes it as a sign to focus on her primary gig. Living at home in her mom’s garage, Red levels up from the minor leagues of drag clubs after she’s picked up by an Elvis impersonator (hilariously played by an unrecognizable Rose Byrne). At the gig she also connects with Teeth (Celeste Barber), a scout for Wilson (Bobby Cannavale), who gives her a shot in his copy shop-themed nightclub that serves as a testing ground for his Genuine Copy Management company. Wilson, a top-tier Neil Young impersonator, manages the collective that includes a Kenny Rogers (Daniel Webber), inspiring Red to cross a line that (apparently) Dolly and Kenny never have.

At the core, Seriously Red follows the formula of the dead-pan coming-of-age-too-late comedy, landing several one-liners that are perhaps more rewarding for Dolly devotees than causal audiences. Still, Boylan is captivating in her transformation and desire to become more like Dolly while making her mother Viv (Jean Kittson) proud, even if that means, to a certain extent, she’s living a double life.

Production designer Penny Southgate and cinematographer Toby Oliver infuse a lot of kitsch into the film that at times veers into a John Waters-inspired aesthetic of plastic ornaments and over-the-top decorations trapped in the 1970s. Boylan gives the cleverly-named Raylene a good deal of backstory and heart, allowing her to be the heightened straight woman in Wilson’s Genuine Copy collective. The film does fall short of being the rousing comedy it sets out to be, falling into a fairly predictable pattern with a neat resolution and concept that it delicately doesn’t turn on its head. Cannavale and Byrne are so dynamic that we’re left wanting a bit more; Certified Copy Management itself could inspire a hilarious sitcom, opening a world of possibilities beyond Red’s story.