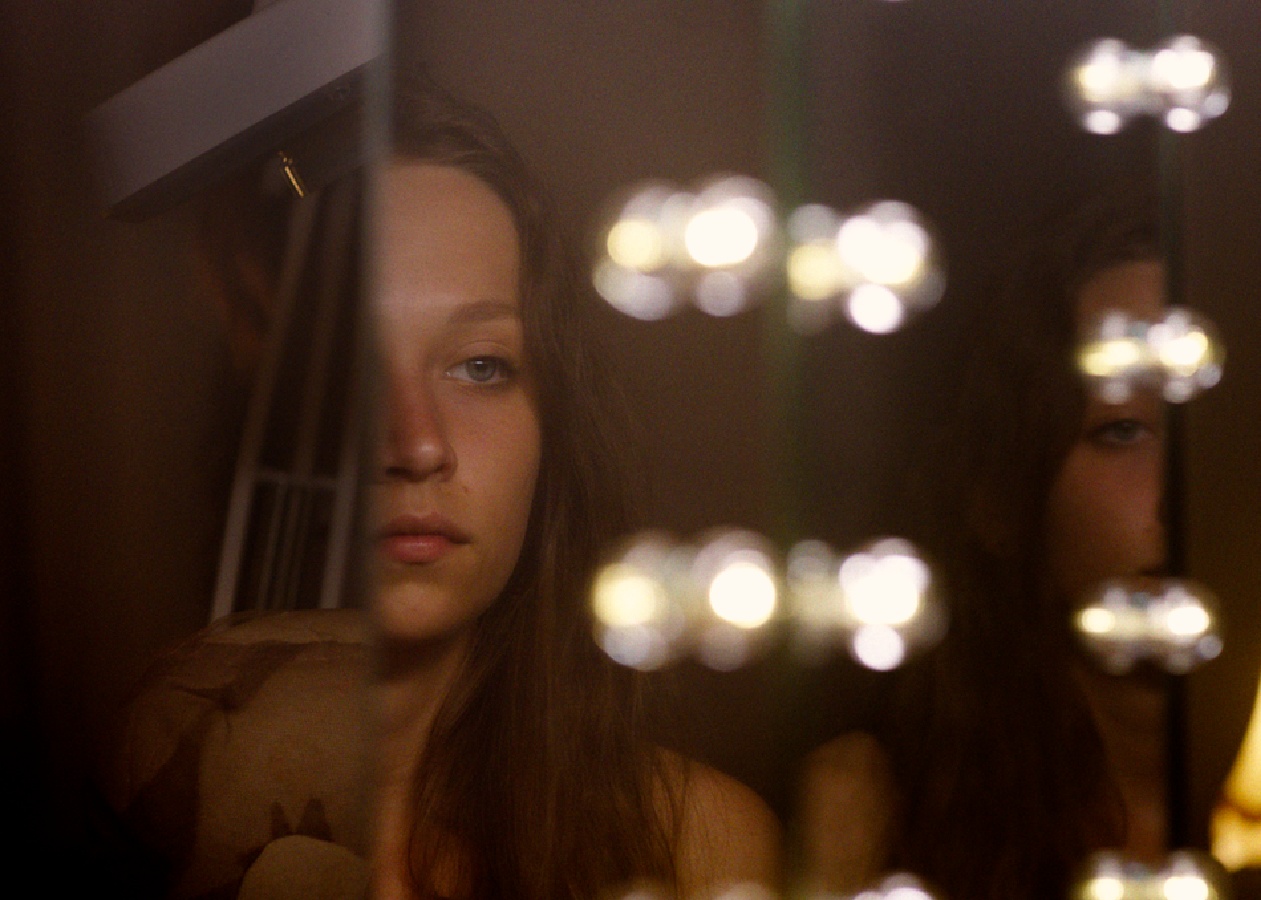 A haunting slow-burn thriller turned coming out story, Make Up is an atmospheric and somewhat provocative tale of Ruth (Molly Windsor), a young woman brought in the middle of the night to a trailer park overlooking the beach in Cornwall, England by boyfriend Tom (Joseph Quinn). Tom works long hours at a local factory, coming home late to Ruth, often loaded. The details are a bit sparse, relying mostly on mood and the tropes of psychological horror to pull the narrative together as Ruth has a series of encounters that, at times, often reminded me of a low-rent version of Peter Strickland’s lush In Fabric.

Directed by Claire Oakley, Make Up is a debut feature lensed in large part like a thriller as the misty atmosphere of a small tourist beach resort in the offseason leads Ruth, a plain Jane who wears little make-up, down some dark corners as she takes a job as a chambermaid to occupy her time. Between work and Tom, she wanders around, almost obsessively chasing clues perhaps about herself as she traverses the windswept landscapes and shoreline. Eventually she uncovers evidence that he may be cheating which sets about her own paranoid liberation story.

The story takes shape as she meets Jade (Stefanie Martini), a mysterious creature with a collection of wigs and make-up. She eventually lures Ruth in, leading to some rather subtle changes and desires. Edging towards body horror, the picture walks a fine yet thrilling line as she becomes eventually consumed by the little vanity Jane offers and grows self-destructive. She convinces herself Jade may be Tom’s mysterious lover and sets out to investigate.

Make Up slowly gravitates towards the psychosexual as it winds itself into its third act, delivering in much the same way a psychological thriller does. The issue at hand is after so many false starts, rabbit holes, and restrained observation, its climax (in more ways that one) arrives with a hollow emotional resonance. While Oakley’s picture is ambitious and riveting, it leaves one feeling cold as we watch and observe Ruth’s daily routines and that of the town in which she feels like an outsider in. The picture gets loneliness and uncertainty right, but despite the length of time we spend with Ruth (who is in almost every frame), we still feel somewhat distant. She remains a mystery, by design, even as we witness her transformation.

Make Up was set to screen at SXSW.