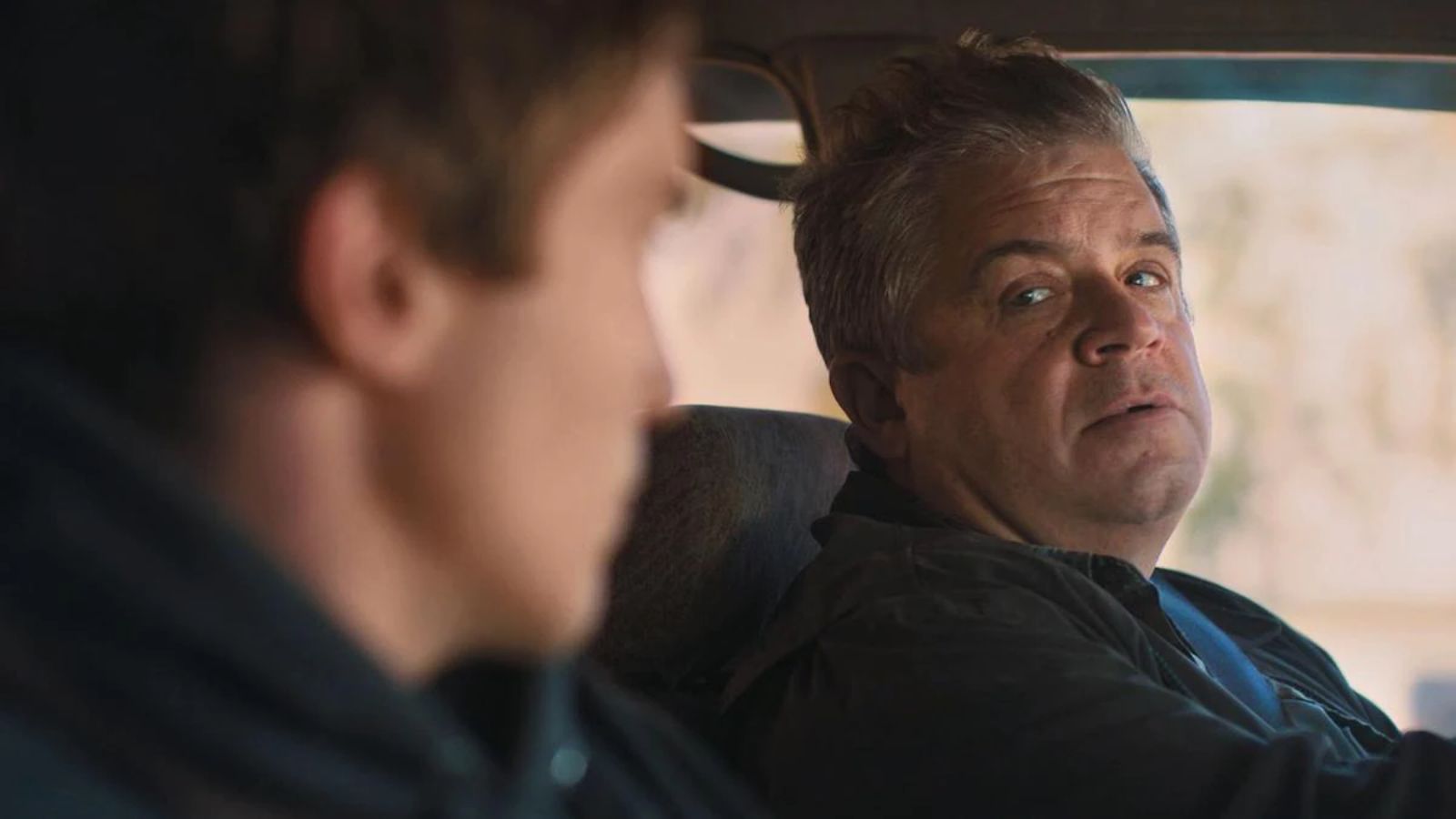 Inspired by actual events, I Love My Dad contains a cringe-worthy premise that should easily fall apart, as Franklin (James Morosini), a young-ish man, should have grown up with an awareness of the term “catfishing.” If a pretty girl with no friends starts talking to you on Facebook that should be an immediate red flag, but the emotionally vulnerable Franklin is willing to suspend disbelief and go with the flow.

Written and directed by Morosini, I Love My Dad follows Franklin and his father Chuck (Patton Oswalt), the kind of emotionally and physically distant dad who means well but ultimately is bad for Franklin’s mental health. Seeking help, Franklin (who exists in a state of emerging adolescence) lives at home with his protective mother Diane (Amy Landecker). Blocking dad from social media forces Chuck to get creative, and he adopts the online persona of Becca, replicating the profile of a pretty waitress at the local diner (played by YouTube star Claudia Sulewski).

Things get out of hand once Franklin and “Becca” get to know each other and Chuck at one point has to enlist his girlfriend Erica (Rachel Dratch) to keep the ruse up and act as the female voice. This is all to the horror of friend Jimmy (Lil Rel Howery), who advises him against the plan nearly every step of the way.

Along the way I Love You Dad strikes a unique tone that is at times hilariously cringe-inducing, while also building some empathy for the psychopathic tendencies of Chuck. Franklin is played with extreme vulnerability by Morosini, who in the credits swears this is a true story his father doesn’t want you to know is a true story. Sulewski is radiant as the imaginary manic pixie dream girl tailor-made like an AI bot to prey upon Franklin’s insecurities and tendencies while carefully avoiding the killer video chat in their imaginary courtship.

Though the ruse should fall apart at any moment, Morosini finds new ways of keeping it going that actually are somewhat plausible (and cruel) as he gets sucked into Becca’s world of positivity and hope despite some darkness in her life. Along the way the film takes a few obvious steps as Chuck agrees to drive Franklin up to Maine to finally meet Becca, setting off a series of chain reactions. In one very funny sequence Chuck, a lifelong cheater, calls upon a technique he uses to compete against players online to keep Franklin satisfied.

Infused with enough frantic energy by editor Josh Crockett and Morosini’s script to keep the affair going without the second-guessing if both the film and the con are really working, I Love My Dad is as funny as it is mortifying, with Oswalt as a kind of sociopathic Cyrano de Bergerac justifying his behavior in the name of becoming closer to his son.

I Love My Dad premiered at SXSW and won the jury award for narrative filmmaking.