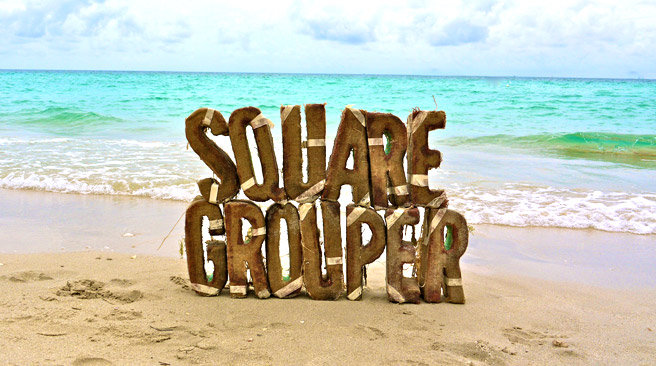 I’ve been a fan of Billy Corben, Alfred Spellman and their Miami-based production company Rakontur since the highly entertaining documentary Cocaine Cowboys premiered in 2005 at the Tribeca Film Festival. Their latest, Square Grouper: The Godfathers of Ganja recently had its world premiere at South By Southwest, and The Film Stage sat down with director Corben, producer Spellman, producer/researcher Lindsay Snell, and a member of the film’s infamous Black Tuna Gang chronicled in the film, straight out of jail – Robert Platshorn.

After a film festival and college tour, the film will be released on DVD (April 19th) and Video on Demand (April 22nd) by Magnolia Pictures. Rakontur’s next film, Limelight will follow in Cocaine Cowboy’s footsteps, premiering at the Tribeca Film Festival next month.

TFS: Thanks for sitting down with us – your stories from your first film Raw Deal: A Question of Consent to Cocaine Cowboys and now Square Grouper are based in Florida, how do you go about finding these stories?

Billy Corben: They’re right in our back yard, that’s how we find them. We grew up with all of these stories, and that’s what inspires us. We don’t have to go far from home to find an exciting sorted cast of characters and great stories that a lot of people are unaware of or haven’t been told.

How do you backtrack through the business you document, the underground economies?

BC: Sometimes they happen simultaneously, access and inspiration. In the case of Cocaine Cowboys, Alfred [Spellman] always wanted to do something in particular about that era.

Alfred Spellman: Square Grouper comes a lot out of our research from Cocaine Cowboys. There were stories we wanted to tell that we couldn’t do because we didn’t have enough time to them. One of my favorites was Everglades City, dealing with the pot smuggling. At first we had conceived of doing six one-hour episodes. Then our partners brought us the Zion Coptic story, which we had heard about, and the access, and Lindsay [Snell] brought the Black Tuna story. When we had all three of them we decided to fuse them together.

BC: All three of them would make really cool feature docs in themselves, but you can’t, in the world of financing, go out in the world and pitch three South Florida pot haulin’ docs from the same era. So, we put them together to make one film.

Did you have enough material to do three features?

BC: I think so, with minimal additional production and a bit of post-production, we can easily take what we have and split them into three feature docs.

Your films use cinematic narrative elements including different film stocks, I remember you saying at the Tribeca premiere of Cocaine Cowboys your DP shot everything short of IMAX?

BC: We were less ambitious on Square Grouper – all of the movies we allow the story to dictate the style, so we adapt an aesthetic that is appropriate for the subject matter. In the case of Cocaine Cowboys, we had fast curving dolly moves, fades to white instead of black; everything was bright colors and fast cutting, Jan Hammer synch score. Square Grouper is chill, mellow dolly moves – very Jimmy Buffet-esque, acoustic organic sound track, a lot of earth tones: browns and dark organs. It has a brisk pace, but not a breathless Cocaine Cowboys. The mixed media is inherent in documentary filmmaking but on Cocaine Cowboys, we shot in addition to reenactments in addition to the archival footage as apposed to Square Grouper.

You make the talking heads less static with the dolly shots.

BC: The best thing, and one of the festivals we’re taking the film to, wrote this comment which was exactly the comment we made a few years ago when we set out to make this film: we wanted the vibe of the movie to just feel like your sitting at a bar chillin’ – telling their stories.

The music in the film is great – I had the opening and closing song stuck in my head all week. I’m slightly pissed at you for that…

BC: (laughing) Yes – that was the whole idea of the damn thing. It’s a great overture to the piece, and we wanted to set the time and place, like when we had the Dadeland [Mall] shooting in Cocaine Cowboys. Here we wanted to set the vibe, so we wanted to show you Square Grouper washing ashore. The whole song was written as a prequel to “Pirate Looks at 40” – which is about a guy looking back his life of smuggling and the Square Grouper song is about that same guy in his 20’s, in the peak of his career, and we started there and book ended it with “Pirate Looks at 40”.

I remember there was some backlash at the Tribeca screening…

BC: Which one were you at? Battery Park?

BC: That was a wild night, big theatre.

I remember there was a guy that accused the subjects of glorifying cocaine use. Has there been any backlash here? Although this isn’t an issue film, it can been seen as a case for decriminalizing, just on the millions spent on the war on drugs, marijuana?

BC: We didn’t want to make an activist movie – there’s a lot highly politicized activist documentaries and we wanted to do what we do at Rakontur, which is hopefully tell a compelling story. There’s obviously a lot of parallels that can be drawn between Square Grouper and what’s happening today. The last time anyone though we had some hope of a sensible marijuana policy, Jimmy Carter was in office. We subtly drew some parallels between Carter and Obama’s policies, but we want to leave it up to the audience with what they will.

Can you discuss the research process?

AS: A lot of the research from the Everglade City segment; we had done the paper research.

AS: We knew it was going to be a big component and then Bobby, you were released in 2008? There was a big article following his release so Lindsay made contact. And we were in touch with Zion Coptics.

Robert (Bob) Platshorn: You guys actually got my raw manuscript with all the pencil marks. I wrote it in prison on a manual typewriter and had to send it out a couple pages at a time. They got it long before it became a book. I just made it so easy for them to tell our story. But I’ll tell you what, they told it better than I could have. When I saw the rough cut of our section, I just thought they told my story as well as I could ever want it told.

Is everyone else pleased with the outcome?

RP: I brought everyone who was in South Florida from our gang over to Rakontur to see our section and they all loved it. Except my wife doesn’t ever want to be reminded it ever happened.

How important is it for you, working with subjects so closely, that you get that story right? Especially since there is information here they that could be brought up on charges again – what’s the push-and-pull there?

BC: Bobby access was easy, Everglades City – Lindsay has lot of stories about going there – there’s about 500 people there, about 5 last names in the phone book. This isn’t a growing community, the population is very steady. They are not so interested – tourism is one thing, they’ll take an airboat ride or have a drink with you, but when you start poking around and asking questions about their sordid past…

Lindsay Snell: The town doesn’t trust the media and filmmakers have been trying to tell this story for two decades.

Lindsay, can you discuss the process of doing fieldwork there?

LS: (laughs) A lot of drinking. I went back and got to know all of them pretty much every weekend for about six months. Some people trust me and warmed up, some people weren’t still happy about it but we screened the final product there a few months ago and they all loved it.

BC: She had a knife pulled on her the week before we shot.

AS: The last person who got access out there was Mark Potter.

BC: That’s why they’re so pissed, they don’t trust the media. But that was kind of fun talking about Mark Potter, but that became part of the story, because it was part of story and it became our own obstacle in gaining access.

AS: It’s a huge responsibility, your essentially asking people to trust you, without editorial control, with their story. Here you’re telling their life story, it’s a lot of responsibility and we take it seriously, so when Bobby makes a comment like that, we take it to heart.

RP: Because of the way I felt like I was treated and the people I brought in to be interviewed, I went to a lot of trouble to convince Tony Darwin from the Coptics who I knew. He was still in prison for something else but I told him, “these people will not hurt us, you’ll miss the boat if you don’t give them an interview.” I got to know Tony in prison, as well as the people from Everglade City, although not many of them were in prison for very long. And not the kind of serious prisons I was in, I’ll say this – nobody in my crew talked. Everglade City was a whole different story. And the Coptics stood up, I got to know Brother Love, and he no longer had a beard and he wouldn’t perform the sacrament.

I know you had some backlash on Raw Deal.

BC: The content is very explicit, that was 10 years ago in 2001 and there wasn’t a tremendous amount of opportunity for it. The idea that content creators/filmmakers could deliver their content directly to consumers in the sky. High speed cable internet was a pipe dream, so we had to deal with barriers to entry, and the MPAA – and either or not we could book theatres, because their leases [prevent them from showing unrated or NC-17 rated films]. And we’re filmmakers, what do we care about a real estate deal a theatre has, why is this even an issue – why can’t we tell stories and give access to those that want to see our films? This was the reality we lived in ten years ago.

Can you talk about how Rakontur as a studio works?

BC: I’m not sure! (laughing) I don’t know! We have five movies coming out this year And I’m not sure how that happened!

AS: There’s six of us full time, Billy and Dave our third partner, and Lindsay, and Evan and Jenna. There’s six full time.

AS: It’s a rag tag group and we’re cranking out five of them some how this year, we adapted, we came of age when Raw Deal came out, we cut that film on the first version of Final Cut Pro.

BC: What a nightmare.

And distribution plans for your next projects?

AS: Magnolia is handling Square Grouper, our next doc Limelight about nightclub owner Peter Gatien and his rise and fall, and a new installment of Cocaine Cowboys. We’re doing a new documentary for ESPN about the explosion in salaries in professional sports and we’re doing a piece for Bloomberg television.

BC: And our backyard dog fighting doc.

AS: No, dawg – more of a Kimbo Slice type of story, not the Michael Vick story, I normally make this distinction when someone brings it up.

Great thanks so much.

BC: Five years later after Tribeca, thank you.

Square Grouper: The Godfathers of Ganja will be released on DVD April 19th and Video on Demand on April 22nd via Magnolia Pictures.