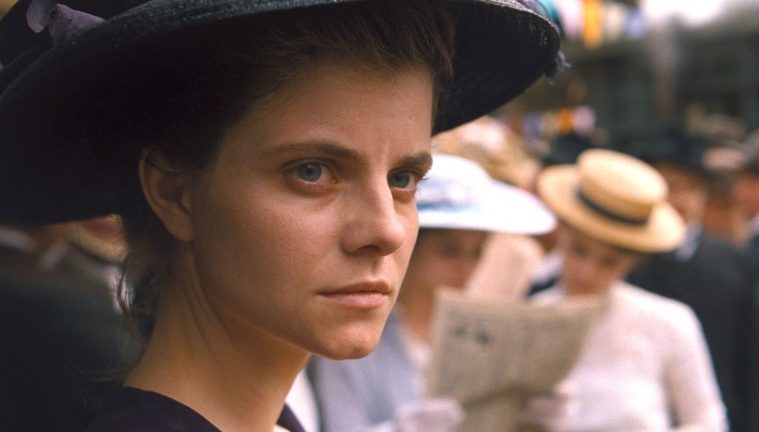 In 2015, when the Cannes Film Festival lineup was announced, one of the unknown elements of the competition slate was first-time director László Nemes, who would be debuting Son of Saul. The harrowing Holocaust drama would go on to win the Grand Prix as well as the Oscar for Best Foreign Language Film, and the rest is history. Three years later, the Hungarian director has now returned with his sophomore feature Sunset.

Set to premiere at Venice then play at TIFF, the latter festival describes the drama as follows: “Shot in 35mm, the latest from László Nemes (Son of Saul) focuses on a young woman eager to work as a milliner at the legendary hat store that belonged to her late parents, but when she is turned away by the new owner, she embarks on a quest to uncover her lost past.”

Clocking in at 144 minutes, the first teaser has now arrived for the film starring Juli Jakab and Vlad Ivanov, which shows off a dance scene as well as our lead. “Sunset is about the collapse of a civilization. However, it does not tell a story of decadence but of fall, of how, from one moment to the next, everything can fall from the top, from the zenith,” Nemes told Variety before production. “Although it takes place in a dazzling era, I do not intend to direct a classical costume drama in which everything is stretched out in front of the viewer. The world of Sunset is adventurous, multilayered, but also problematic and unpredictable – which is, to me, the most exciting aspect about it.”

See the teaser below, which certainly looks like lighter fare than his debut, along with more new images.

Sunset will premiere at Venice and play at TIFF.