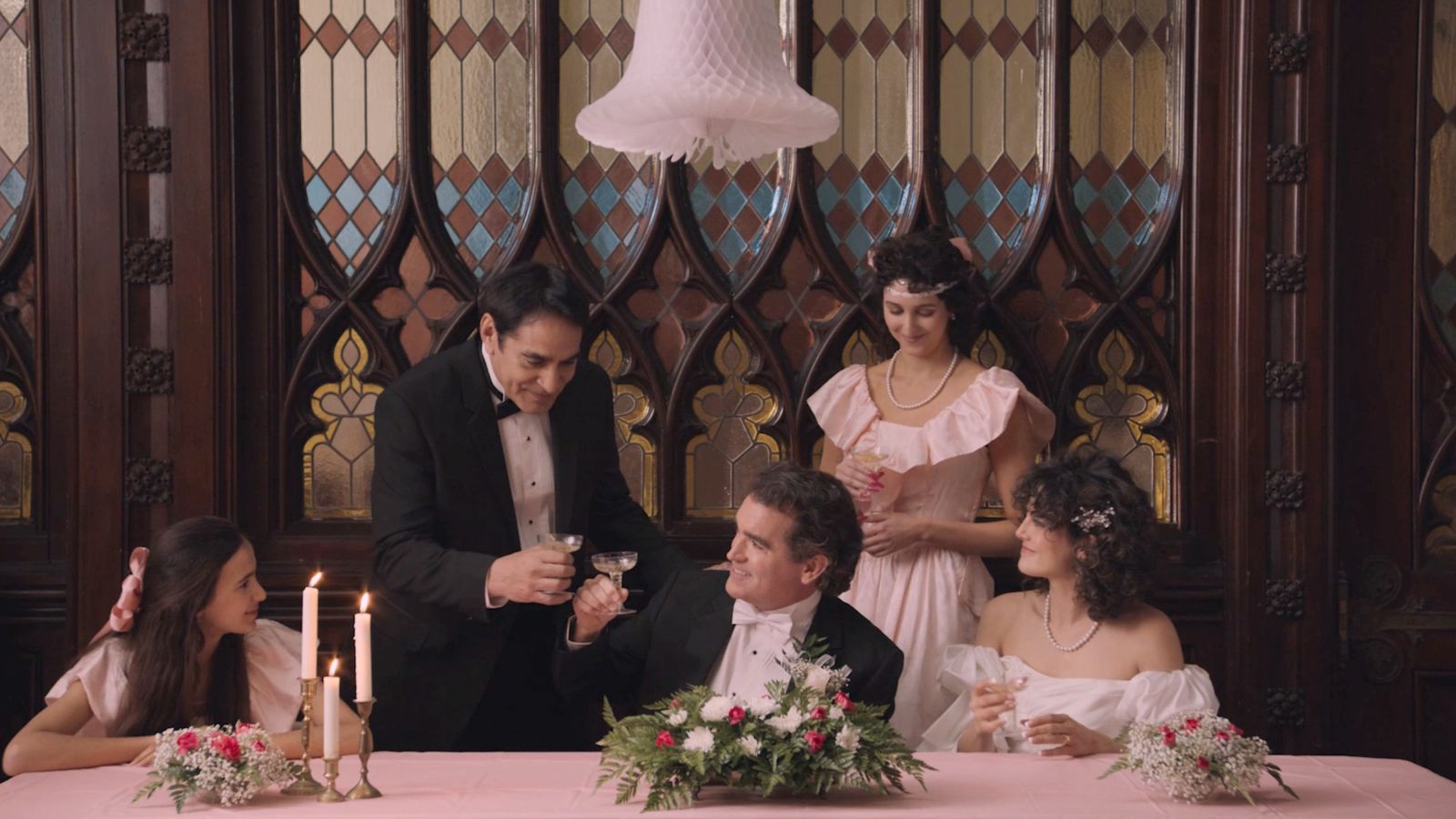 What makes the fabric of our upbringing? The memories we’ll reflect on after those years have passed are often not what we may hold onto in a moment filtered and refracted through a thousand more experiences. Following his hour-long debut feature Notes on an Appearance, Ricky D’Ambrose’s Bressonian style continues with The Cathedral, a less intellectually rigorous outing that still impresses with its sense of personal significance, recreating slivers of a life experience over some two decades to form a vivid recollection of both the fracturing of a family and the United States at large. It’s an ambitious undertaking for an 87-minute film, and while this lofty aim can result in a few passages striking a bit broad, one comes away admiring D’Ambrose’s meticulously committed approach to storytelling.

“Jesse Damrosch was born in 1987.” So begins the story from an unnamed, unseen female narrator whose candor has the effect of an omnipresent observer, recalling Hugh Ross’s matter-of-fact chronicling in The Assassination of Jesse James by the Coward Robert Ford or, perhaps more apt for a family saga like this, Alec Baldwin’s voiceover in The Royal Tenenbaums. We learn of the death of his uncle, Joseph, two years prior and the true cause (from AIDS) and the one his father fabricated (liver disease from unclean silverware at a restaurant), setting up the contradictions and complicated relationships that will progress throughout Jesse’s upbringing. Rarely needing more than one set-up per scene to convey his story, D’Ambrose weaves through minor and major life moments, giving as much significance to Jesse’s perspective of the way light comes through the window, the spin of a ceiling fan, and a backseat view of a New York State roadmap as the news his grandmother (Melinda Tanner) has passed. From birthdays to vacations to a marriage crumbling between his parents Lydia (Monica Barbaro) and Richard (Brian d’Arcy), to the birth of a stepbrother to his high school graduation, D’Ambrose hits notable coming-of-age beats but never in the way viewers might be accustomed.

Compared to another ambitious coming-of-age tale, Boyhood, The Cathedral registers as a contrast, trading the verbosity and hangout nature of Linklater’s epic for a more formally precise study in subtraction. A cut-away to a lock of baby hair tells us all we need to know about Jesse’s arrival into the world. The same goes with seeing a depleted birthday cake before we witness any bit of the actual party; D’Ambrose sometimes paints a path akin to the erratic pattern of memory. Archival footage of vintage commercials (from Statue of Liberty centennial coins to Kodacolor Gold film), 9/11 and its political aftermath, and Hurricane Katrina pop in and out of the narrative, becoming indelible pillars for the outside world a conventionally insular upbringing will never give the full picture of.

While the cumulative effect of The Cathedral is formidable, some elements seem a bit more scattershot. Brian d’Arcy James imbues a complexity to a complicated father figure, trying to juggle money issues and the dissolution of a marriage while also caring for his son, but the rest of these performances can feel wooden, even if by design. Clearly nodding to the Bressonian principles of stripping away the semblance of performance, some sequences with more robust dialogue are too muted, if not rote, lacking both the poetic nature of the film’s narration and not living up to its strong visual identity. The recurring school-photo, direct-to-camera benchmarks introducing Jesse at different ages also gives vibes of a rather obvious trope.

Seeing D’Ambrose expand his scope is nonetheless impressive, retaining a visual elegance ““akin to his previous work while growing into a more fully formed, engaging narrative through line. Per the protagonist’s life, The Cathedral is perhaps more substantial in retrospect, where ultimately defining memories of this experience are inconsequential in the moment and the film leaves marks that might only protrude as time marches forward and youth is a distant past.

The Cathedral screened at the 2022 Sundance Film Festival.