Sundance Review: The 40-Year-Old Version is a Personal, Playful, and Poignant Examination of a Mid-Career Artist 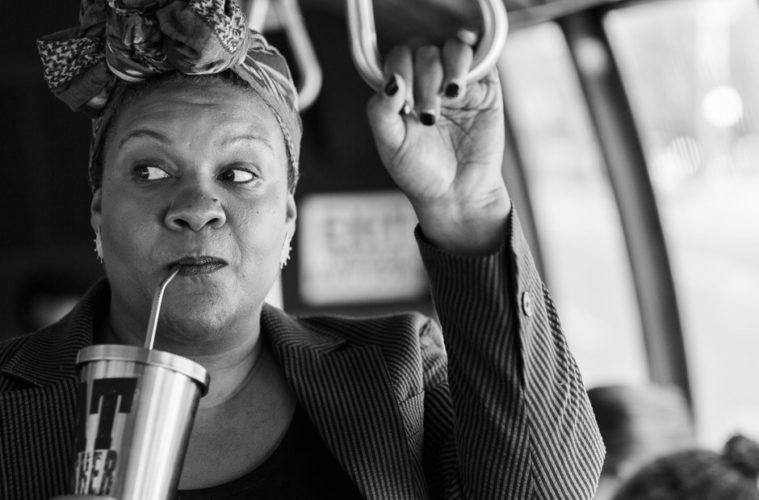 Playwright Radha Blank’s spirited directorial debut The 40-Year-Old Version in an often hilarious and heartfelt autobiographical tale of reinvention. Surrounded in a shoebox apartment of memories of her past including 30 Under 30 Awards, Blank plays herself, a playwright who is faced with two options for her new play Harlem Ave: a local family theater or a flashier off-Broadway venue with a hole in their schedule. Best friend Archie (Peter Y. Kim) convinces her to get dressed up and court Josh Whitman (a scene-stealing Reed Birney) who has just come away from producing a bi-racial reboot of Austin Wilson’s Fences. Whitman is known for producing “safe, white-friendly” black stories and after getting physically choked by Blank, he relents and agrees to put on a production of Harlem Ave.

Meanwhile, Blank struggles again for reinvention, finding herself in a 40-year-old body with the mind of her 20-year-old self. She’s hit a slump following the death of her mother but remains ambitious even if she’s now forced to take a job teaching high school students for substitute teacher wages. One night she starts a mix tape and decides to pursue rap on the side, teaming up with a younger DJ (Oswin Benjamin) who falls for her, and finding a gig where she unfortunately bombs and is forced to return to what she knows.

The 40-Year-Old Version is a crowd pleaser that operates in multiple modes before settling comfortably into a kind of hangout picture, leisurely moving from scene to scene as Radha spends time forming and solidifying relationships and bantering with Archie and her students. The film masterfully captures the space she finds herself in, struggling for reinvention while also paying the bills and morphing into a role of mentor–one she’s slightly uncomfortable with, especially when her 19-year-old students hit on her.

The film’s third act is a showstopper as Harlem Ave morphs into a disaster, on account of a white director, that appeals mostly to Upper West Side older white women, losing its edge. The play focuses on a black couple that own a corner store and their young white neighbor who just wants a place to buy soy milk. A few safe hip-hop numbers are thrown in to “keep it real,” much to Radha’s dismay.

The 40-Year-Old Version is slightly too long in passages (running over two hours) yet still remains a crowd-pleasing hangout movie that offers unique insight into her creative process as she pushes back against a larger mid-life crisis and what it means to turn 40. Written and directed by Blank, her voice and perspective keeps the film fresh and fun–a testament to capturing one’s first-hand experiences and not succumbing to the whims of what the industry may want. The process of growing older without feeling as if you’ve grown wiser in a changing city is playfully and poignantly explored.

The 40-Year-Old Version premiered at Sundance and will be released by Netflix.