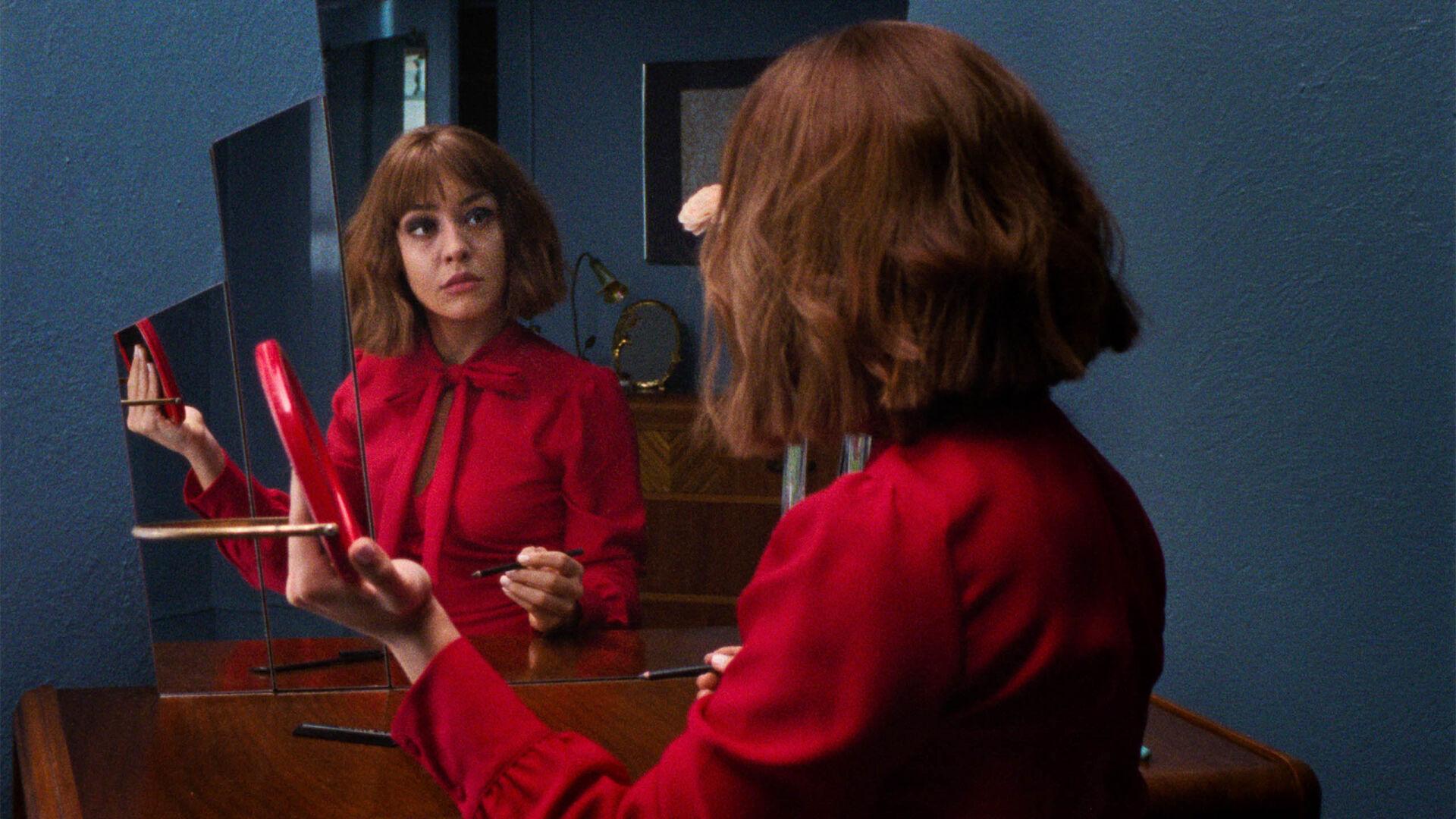 Superior begins with a woman in a bright red jumpsuit sprinting away from a violent man, intercut with another woman, at home, frying an egg. It might not immediately be clear, because of the former’s bleach blonde hair and the latter’s natural brown, but they are identical twin sisters. By cutting back and forth in the opening, filmmaker Erin Vassilopoulos immediately establishes the tension between the sisters: Marian (Alessandra Mesa, who co-wrote the film) lives a wild and dangerous life, while Vivian (Ani Mesa, Alessandra’s real-life twin) quietly plays housewife to a mild-mannered, somewhat inconsiderate husband. Soon, they will reunite for the first time in six years, and come to terms with how different they’ve become in the interim.

Vassilopoulos’s visually meticulous film, which is styled in a delightfully retro fashion, is a fun but thin entry to Sundance’s U.S. Dramatic Competition. It’s easy to see where the narrative is going: once reunited, the twins dip their toes into each other’s lifestyles, and they start to change as a result. The film is at its most entertaining when the Mesa sisters (who are fantastic in these breakout roles) play identity switching games. Marian asks Vivian to cover for her at her job in an ice cream parlour, so the two switch hair styles (Marian having just dyed her hair back to her sister’s brown) and pretend to be each other, with Marian staying at home and working her way through Vivian’s chores. All the while, Marian keeps hallucinating the man who attacked her in the film’s first scene, and the police seem to be looking for her, although Vassilopoulos keeps us in the dark as to why.

To the film’s credit, it avoids fitting Marian and Vivian into neat little boxes. Vivian starts to shirk her housewife duties and become more of a rebel, hanging out with teenagers and smoking weed. She bounces between these two extremes, although the film seems to conclude that Vivian’s true identity lies somewhere in the middle. Similarly, Marian toys with a housewife role when she pretends to be Vivian, but it’s not a film about her realising she prefers a homebound lifestyle. The film doesn’t think in the same binaries as the characters restrict themselves too. At the end of the film, Vassilopoulos leaves her characters less tied to that binary, but still searching for their identity.

I appreciated Superior’s exploration of two characters who have crafted their identity as a reflection of other people (heightened by the fact that Marian and Vivian are literally mirror images of each other). But these ideas remain relatively surface level, and they aren’t paid off in the bungled final act. The violent man in Marian’s past becomes a burden that weighs the film down: Marian and Vivian’s interplay is much more interesting than he is, and yet Vassilopoulos has to pay off her setup by bringing him back into the picture. Genre tropes can often be a compelling device to enrich and enliven a film, but here they feel extraneous, like a distraction from what the film is really about. I’m intrigued to see what Vassilopoulos does next, but her first feature doesn’t live up to its own promise.