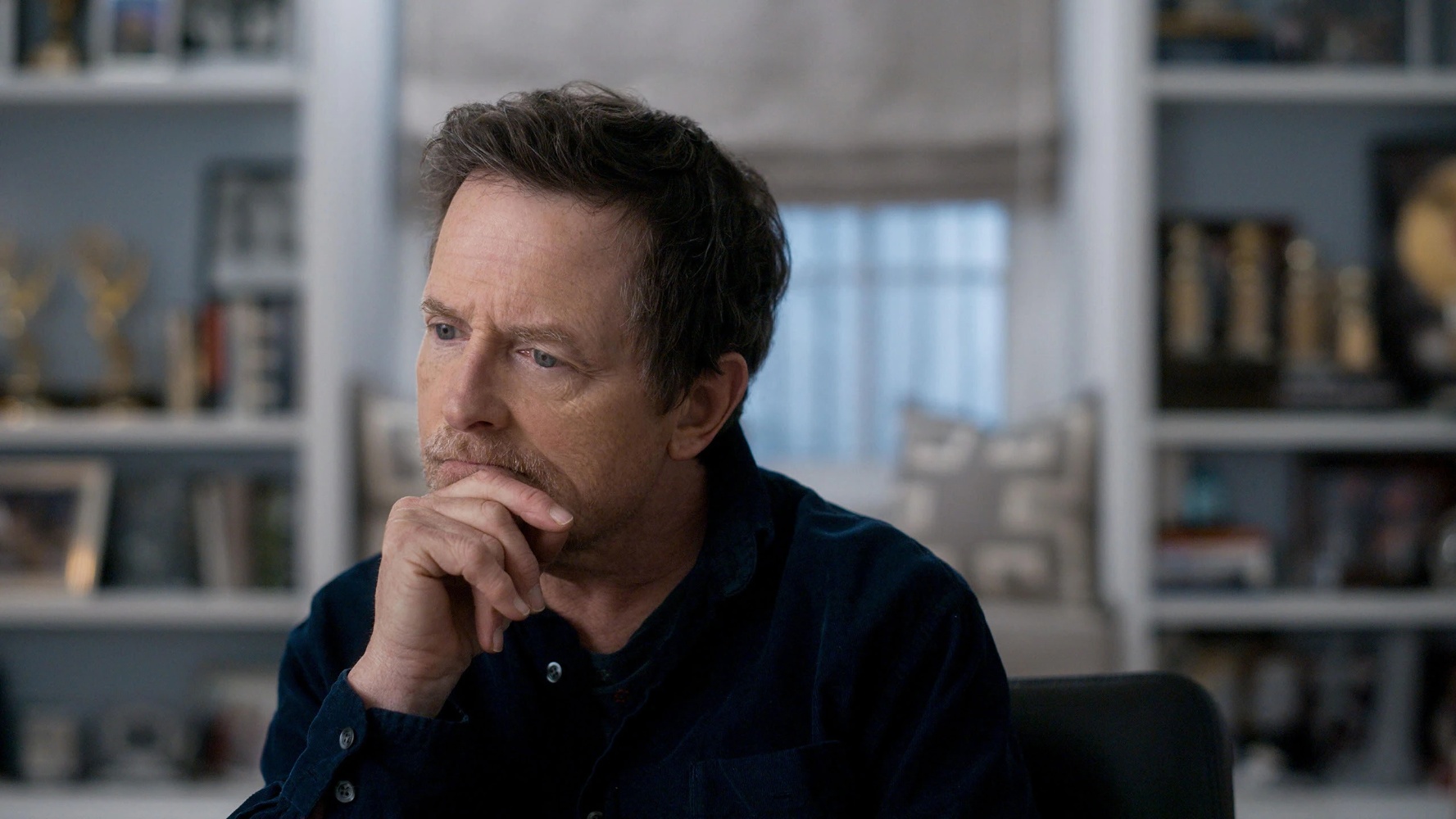 It started with a finger twitch. Michael J. Fox remembers being in bed in 1990 and staring at his pinky moving uncontrollably. At first he thought it might be a side effect from a night of heavy drinking, or perhaps his own imagination. Eventually he’d come to realize that “the trembling was a message from the future.” Three decades later, as he sits in front of a camera rocking back and forth in his chair, Parkinson’s is no longer confined to the slight fritzing of an appendage. It has taken over Fox’s entire life––visible in his struggles to walk, to hold a toothbrush, to send text messages––yet it’s never erased (only accentuated) his restless identity.

That’s abundantly clear in Still: A Michael J. Fox Movie, an insightful, creatively edited documentary from director Davis Guggenheim that makes good on its title. Like the opening memory of seeing his first body tremor, Fox narrates this entire story, providing an intimate perspective of his career and long-term condition. In his Upper East Side home he sits down for a series of wide-ranging interviews about his current lifestyle, engaging in wisecracks and showing the slivers of his former affable screen presence. Guggenheim occasionally interjects to ask about Fox’s facial bruises or hand slings, occupational hazards of an existence built around physical therapy sessions and doctor visits.

Those brief moments––peeks into his modern struggles––help break up the chronological retelling of his growth into one of the biggest celebrities in the world. Even as he remained one of the shortest people in groups, Fox had a precocious, wise-beyond-his-years sensibility in the characters he played, a savviness that never fit his puny Canadian teenage body. It worked for Alex Keaton, the teenage republican and star of Family Ties, which merged Fox’s career into the fast lane and validated the years of cameos and bit parts that barely paid for an apartment and meals. When his fame exploded after the release of Back to the Future, Fox doubled down on his ambition and requisite partying. As stated multiple times, he, like his burgeoning career, just couldn’t keep still.

Because Fox is his only speaking subject, Guggenheim and editor Michael Harte sculpt this biography by collaging and cutting together well-produced reenactments, clips from his filmography, and red-carpet interviews. In lesser hands such a storytelling device might come across too cheesy––quick mashups from Family Ties to The Secret of My Success help describe Fox’s anxieties and career pivots. But Fox’s young acting life was mostly spent rushing between productions (one passage detailing Fox sprinting from Family Ties by day to Back to the Future at night is beautifully rendered and transitioned) that bled into his own fictional worlds. It’s maybe not a surprise that Fox would eventually marry Tracy Pollan, who he met during her brief run on Family Ties, and whose wedlocked devotion becomes the bedrock of his fight today.

It takes about an hour before Parkinson’s comes into Fox’s story, leaving plenty more material for other documentarians to mine if they’d like. By no means definitive or comprehensive, Still chooses to mostly engage with Fox’s acting career, if only to effectively document the difficult decision to go public with his disease. Throughout most of the 1990s Fox managed to hide his lurking tremors and pain, popping his medication from his pocket at precise intervals on set so his symptoms never affected his performance. In a well-crafted montage, Harte pulls a variety of clips from movies and Spin City––the sitcom that brought him back to his joke-turning sweet spot––that highlight him holding various objects during scenes to mask his erroneous movements. It’s an emotional sequence only because you can see how hard he fought and thought to keep from answering questions.

There’s more to mine here. Once Fox eventually came out and detailed his disease to the world, he described it as a new beginning (he also became sober after a brief bout with alcoholism). But, with a runtime of just over 90 minutes, the previous two decades of his life get a bullet-point treatment. Instead of more insight into the disease itself and the work that Fox’s foundation has done––something that was the primary concern in a similar-minded documentary Robin’s Wish, about the end of Robin Williams’ life––Guggenheim checks in with Fox’s wife and four children to observe their daily interactions with each other. Combined with the challenges he faces trying to walk and stand up straight during his rehabilitation, they paint a stark contrast and useful comparison to his youth.

“That’s boring,” Fox says, early into the documentary, about letting the disease dictate his narrative arc and legacy. As Guggenheim shows, Fox has reclaimed what it means to be afflicted by a neurological impediment, allowing himself to be vulnerable and letting people see his real self. “I couldn’t be still until I could no longer keep still” he later jokes, further confirming that Fox’s identity has never really changed even if his body has.

Still: A Michael J. Fox Movie premiered at the 2023 Sundance Film Festival will be released on Apple TV+.