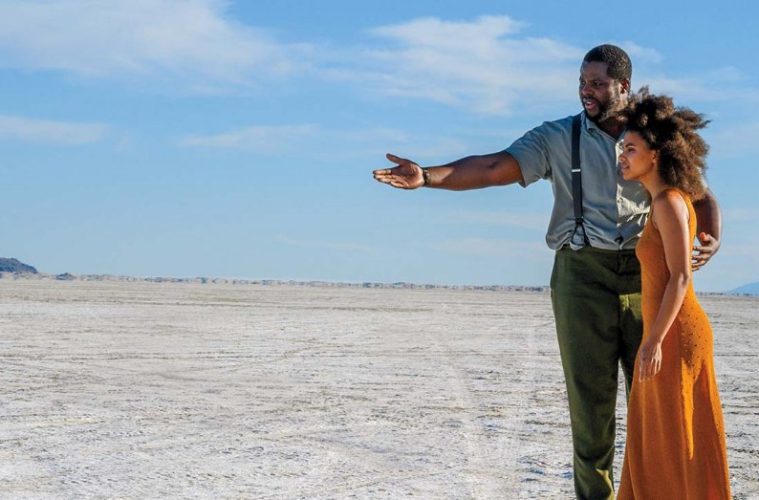 The existential quandaries of death and what may happen after our final breath is the subject of countless films, including a stand-out here at Sundance. But what if it’s not the endgame we should be worried about, but rather how we were born in the first place? No, Nine Days is not about the act of conception and pregnancy. This sci-fi film, from first-time director Edson Oda, rather imagines a process before that, in which a higher power must decide between a selection of candidates to pick a single soul to be born. In what is the highest-stakes competition known to humanity, the rest have just nine days to “live” in this in-between world before they disappear into the ether, never to return again. Riffing on Hirokazu Kore-eda’s masterful After Life in a reverse sort of way as well as Charlie Kaufman and Michel Gondry (if they were totally somber), Nine Days will have one’s mind provoked, but the one-note, obstinately lugubrious tone makes the experience more exhausting than edifying.

In the first act, Oda does a swell job at keeping up the intrigue as well as setting the ground rules of this world. Will (Winston Duke) is not God, but rather a cog in the spiritual machine, and one of many. As we see, his purpose is to interview candidates, with one being selected to be born into the world. For the winner, they will lose every memory of this process but their soul and essence will carry through as they grow up. For Will, he gets to witness his winners’ lives unfold with a first-person perspective across television sets in his living room. He records these moments both on well-organized VHS tapes as well as hand-written notes, day by day. As these humans deal with the tribulations and highs of life, from bouts of bullying to violin concerts to weddings, Will is there to witness it all, helping to inform his decisions on who should be selected next. When a suicide occurs, it sets Will into obsessive crisis mode as he wonders what he could have done differently. This pre-purgatory world of sorts is a place of muted emotion and Duke is a reserved, lonely individual, only visited by these new candidates and his assistant Kyo (Benedict Wong), who does bring some much-needed amusement to the table.

With its heady ideas and the insular, well-articulated world it dreams up, one can imagine reading Nine Days on the page and believe it to be a script of major promise. As Will interviews the participants (played by Bill Skarsgård, David Rysdahl, Arianna Ortiz, Tony Hale, and Zazie Beetz, the latter of whom gets the most meat of the screenplay to chew on), he brings up moral dilemmas with no right or wrong answer. If you were forced into a concentration camp and had the choice of saving your child and killing the rest of the prisoners or vice versa, what would you do? What if you had a gun and had the option to shoot a person about to shoot you? The Us and Black Panther star is excellent with a quiet fierceness and deep concentration as he sets up these questions, yet the initial intrigue of this scenario begins to fade as Oda feels stuck in a repetitive rut. While compelling questions are brought up about what it truly means to be alive or how much control do other forces have over our lives, there’s something that feels a bit manufactured and over-worked in the whole enterprise–particularly with the game show-esque conceit in which we all know where this is eventually heading. The profundity the script continues to reach for triggers curiosity on the part of the viewer, but what actually plays out on screen feels surface-level. A final tonal shift is certainly gripping, but it’s another ostentatious touch that gets further away from what initially pulls us in.

From a logistical perspective, the production is an impressive one, slickly capturing the ‘80s-esque analog nature of the environment, not to mention the amount of work that must have gone into filming all the different first-person perspectives across the television sets. One by one, as contestants hit the brutally finite chopping block, Will takes it upon himself to re-create their favorite moments they saw on the television screens from lives they’ll never get to live themselves. It’s these sections in which Oda shows his Gondry-esque aptitude for practical inventiveness and some life actually enters the picture. One could argue that by setting up this fantasy reality where life has not yet begun, the despondent tone that runs throughout is earned. However, the soul-searching found within Nine Days falls short of its early ambitions, leading to a monotonous journey where we don’t care who ends up getting the gift of life. This debut film is no doubt a visually striking, well-composed calling card for Edson Oda, but the ideas it plays with are more interesting to discuss over a post-screening meal than to witness how they actually play out.