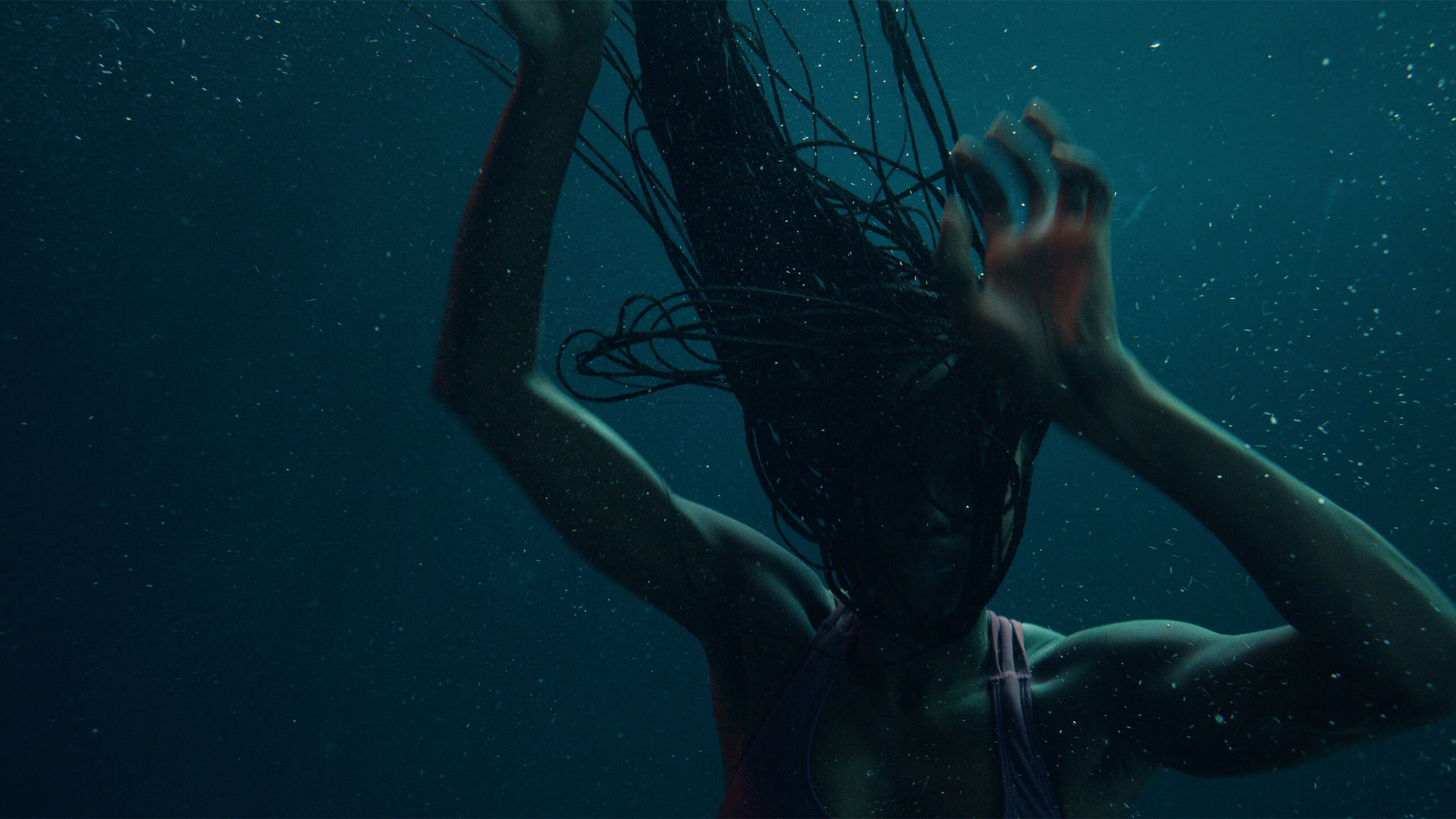 With Nanny, Nikyatu Jusu presents a more haunting depiction of the American Dream. Her feature debut nods to Ousmane Sembène’s seminal Black Girl while distilling the trials her parents, immigrants from Sierra Leone, endured as Jusu grew up in Atlanta—a mix of domestic drama and frightening images to make us fellow outsiders in a suffocatingly insular world.

Anna Diop propels the film with her star-making performance as Aisha, a Manhattan-based undocumented Senegalese immigrant working towards her version of the American Dream by procuring enough money to provide travel for her son Lamine (Jahleel Kamera), who she was forced to leave behind. She is hired as the nanny for wealthy upper-class couple Amy (Michelle Monaghan) and Adam (Morgan Spector), who conspicuously pay her under the counter to care for their daughter Rose (Rose Decker). Yet this seemingly innocuous arrangement becomes abusive as Amy and Adam indulge in microaggressions and condescending patterns of abuse upon Aisha, eventually culminating in financial exploitation of her services.

Monaghan gives an incisive turn as the quintessential “white feminist” who conjectures that every woman’s life is like hers, sans regard to the Black experience or inherent privileges being born white has given her. Adam is distinguished by his dissonant disinterest in the suffering of oppressed groups, the film conveying his occupation as an international photographer who chronicles racism and oppression without regard to the subjects he depicts. Is this casual indifference a form of coping with the atrocities he sees committed? Or does Adam care more about documenting these harrowing events for posterity? Jusu provides no answer and Nanny is all the more chilling as a result—an indifference that rightfully disturbs Aisha.

Something’s disquieting the moment Aisha enters their Manhattan apartment. She begins suffering increasingly disturbing nightmares involving drowning and water; Jusu may be evoking the drowning of incalculable Africans forced to America, as well as West African folklore-inspired horrors (from Anansi to Mami Wata) in the film’s more viscerally horrific scenes. Each sequence is framed in claustrophobic close-up, subjecting the audience to the same disquieting tension Aisha experiences.

Jusu also expands on Aisha’s trials living alone in New York, in particular her solidarity with other Black women struggling to financially survive. A tender rapport with her lover Malik (Sinqua Walls), Nanny’s one relationship of levity, helps convey a rich, textured life—a corrective to the oft-simplified portraits of Black women we often see in American cinema. Nanny is also one of the most gorgeously shot films in recent memory, cinematographer Rina Yang conjuring terrors under the surface in immensely vivid ways as fantastical torment begins to seep into everyday life.

This reliance on atmosphere and tension to create palpable terror may not sit well with some viewers. Nanny inundating with horror and violence is what clarifies it as a truly distressing experience. Jusu doesn’t want to grant her audience respite with quick, cheap scares, but wholly envelop them in a perpetual nightmare underlining true horrors of the American Dream. With Diop’s affecting performance guiding us through the oppressive darkness of dashed desires, Jusu more than succeeds.