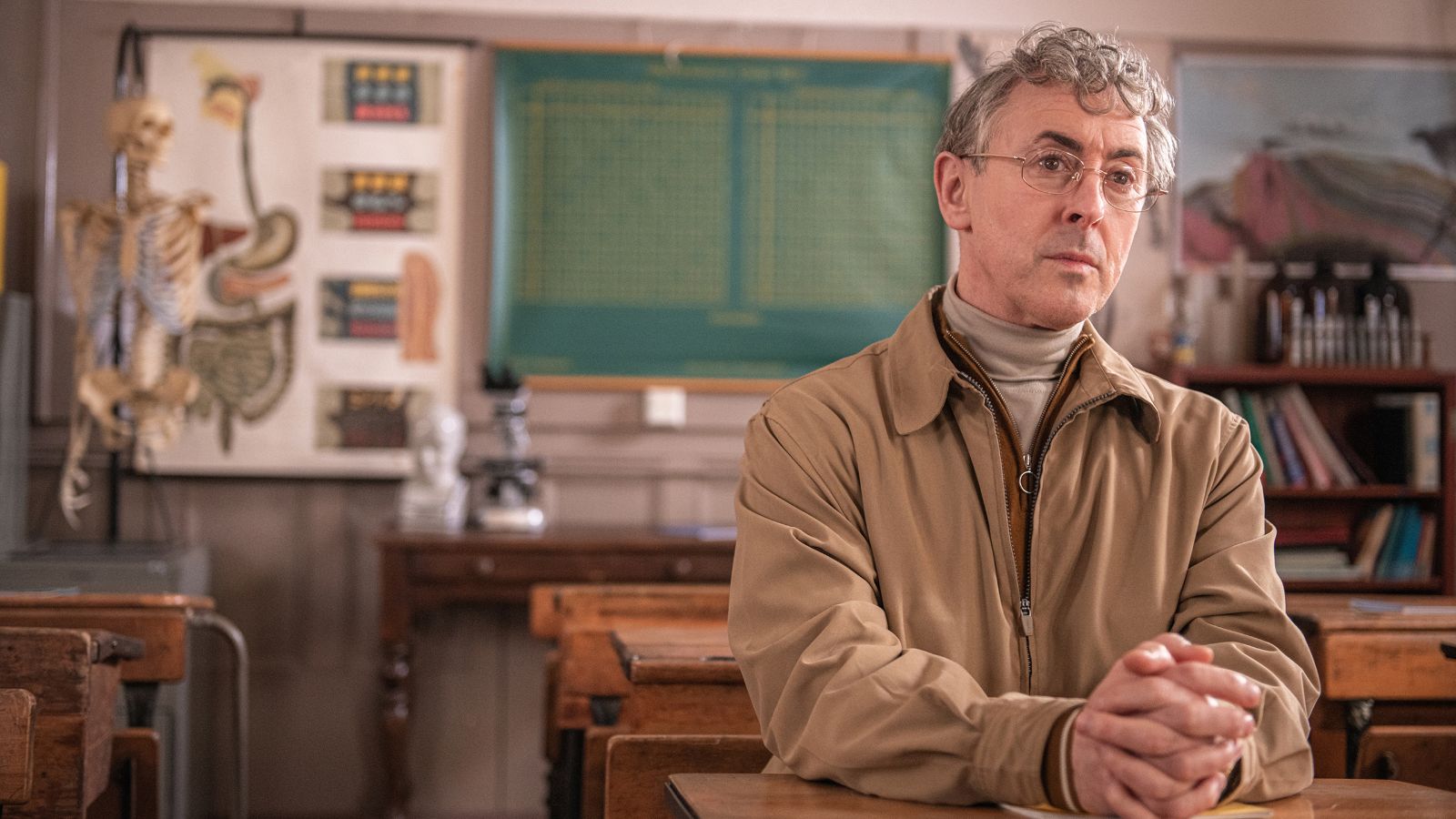 Plot summaries (and reviews) of My Old School face a difficult task: how to describe a film whose very existence is based around a big spoiler. Sundance’s program summary, for example, hits the basics—a 16-year-old Canadian named Brandon Lee enrolled in a school in Scotland, bringing with him a tale of woe and an oddly advanced knowledge-base—while also referring to “his unbelievable secret.” There’s a good chance you already have a guess as to what that secret is, or perhaps you recall this story from the mid-90s—it did draw international headlines.

Whether you know the truth going in or not, My Old School is a hugely entertaining charmer. It’s at least 20 minutes too long and loses a great deal of steam once the secret is revealed, but it has all the earmarks of a streaming hit; Netflix released 2021 Sundance entry Misha and the Wolves (reviewed here), another documentary centered around a big reveal, and would be wise to snag School as well.

So who is Brandon Lee? (No, not that Brandon Lee, though the late star of The Crow is referenced.) Well, that’s hard to say, since his own introduction casts doubt on his real identity. As he tells us, “You would have known me as Brandon Lee.” In 1993, he enrolled at Bearsden Academy, a secondary school in a mostly posh area of Glasgow. When Brandon entered the classroom on his first day, classmates made similar observations: he was a “guy who looked about 40,” he “stuck out,” “he looked significantly older,” and he had a deep voice. Also, he had “the same name as Bruce Lee’s son, who died two months ago!” How random…

Brandon’s background seemed to hold some answers for why he behaved so differently than classmates. He had traveled the world with his late mother, a Canadian opera singer, he has been privately tutored, and his face was slightly burned in the car accident that killed his mother. Over time Brandon’s innate weirdness actually seemed to help. He made some friends and eventually got (much to his chagrin) the lead in the school musical. His mature performance won over the entire school, making him popular for the first time in his life. Brandon even held a party at his grandmother’s house, delighting all with his upset cry of “who’s touched my chardonnay?”

At this point it’s probably wise to reveal no more. Still to come are some engaging questions about memory, collective delusion, and the real nature of identity. It’s a shame the film runs so long––its 104 minutes feel like so much more––because the first hour or so is remarkably entertaining and compelling. As is often the case with tales in which truth is stranger than fiction, the actual facts are less gripping than how they were discovered. There is also the matter of Brandon himself. At his core he’s a rather hollow, unknowable figure. But old classmates burst with personality. Is it possible Brandon is the least-interesting person in his own story?

The most poignant moment of My Old School is an animated sequence set to Pulp’s 1990s anthem “Do You Remember the First Time?” In lesser hands, a song about losing one’s virginity might simply be an exercise in nostalgia, but for Jarvis Cocker, it’s nostalgia tinged with sadness and disappointment. It is, then, the ideal accompaniment for a moment in which Brandon is behind the wheel, driving a group of friends on a trek to go dancing, while the uncomfortable facts of his life lurk in the shadows. It’s a fitting metaphor for a self-described “stranger in a strange land.”

My Old School premiered at the 2022 Sundance Film Festival.