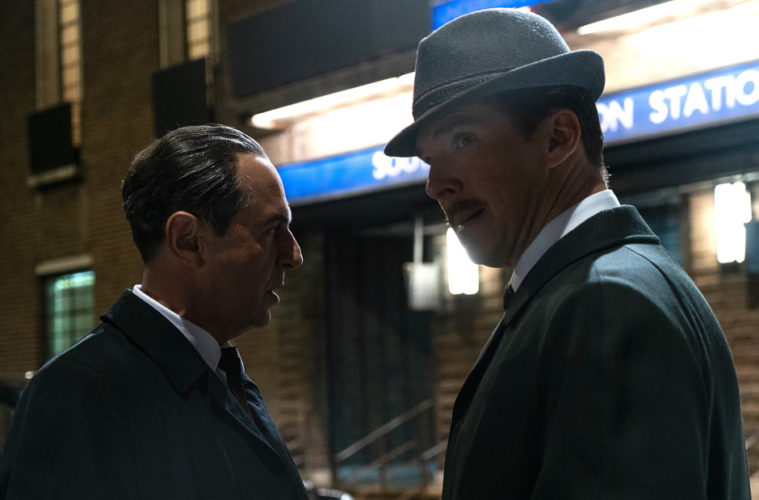 Early on in Ironbark, directed by Dominic Cooke, British salesman Greville Wynne (Benedict Cumberbatch) realizes he’s sitting at a table with both a MI6 officer (Angus Wright) and a CIA officer (Rachel Brosnahan). Excited, he admits: “I can’t believe I’m having lunch with spies!” It’s a moment of brevity that speaks to the interesting tonal dance the filmmakers are trying at.

In 1960, Russian colonel Oleg Penkovsky (codename “Ironbark”) sent a message to the West: he wanted to avert catastrophe under the impulsive rule of Nikita Khrushchev. To help recruit their source, Western intelligence enlisted Wynne to begin a business relationship with Penkovsky in order to smuggle confidential documents out of the Soviet Union. The two men become fast friends, complicating a dangerous situation that will ultimately converge at the Cuban Missile Crisis.

From the start, Cooke directs this film at a fast clip. Montages abound with peppy music and establishing scenes cut into action while the dialogue continues off-screen. Things slow way down in the third act, for better and worse. Cumberbatch is reliable as ever in the lead role, acting against Merab Ninidze, who plays Penkovsky with a resilience that’s incredibly effective.

Jessie Buckley puts in solid work as Wynne’s wife, who suspects him of infidelity. These types of roles are largely thankless, making a successful rendering all the more impressive. Brosnahan serves mostly as an exposition device here, though she does excel in certain moments. There is an awareness to her performance, acknowledging the duplicitous behavior of American intelligence in many of these situations.

Written by Tom O’Connor, Ironbark plays out by the numbers, rarely offering a narrative arc that doesn’t feel incredibly familiar. That said, there is much to mine from the performances, which elevate the material at every turn. One recalls the Sundance movie The Catcher Was a Spy from a couple years back as a parallel. This is an interesting bit of history told handsomely by talented professionals.

If one knows how the story of Greville Wynne plays out in real life, it may hurt the viewing experience a bit. This, in itself, is a criticism of the film. Much of the tension relies on a certain lack of knowledge. Once the finale appears in sight, everything becomes a bit stagnant. Cumberbatch and Ninidze do their damnedest to keep things engaging, but it’s not quite enough. Convenient bits of information are dispersed to move certain scenes along while Penkovsky’s fate is callously ignored until the very last moment.

Ultimately, Cooke and company do a satisfactory job of telling an incredible story. Ironbark should be seen by your dad, perhaps more than once. This is a guarantee that he will enjoy it.