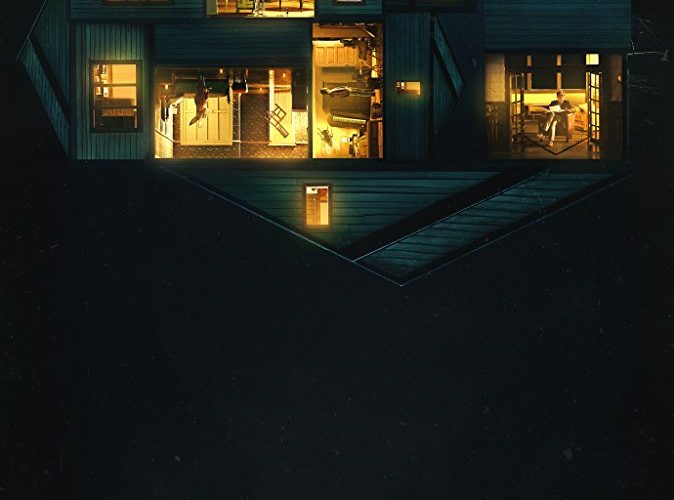 The recent surge of a particular brand of arthouse horror, favoring tension- and character-building over blood-fueled gonzo insanity, has found at a home in A24 with the likes of The Witch, It Comes at Night, and even Yorgos Lanthimos’ recent features. Their latest in the genre comes with Hereditary, the directorial debut from writer-director Ari Aster, which–as the title suggests–is less haunted house horror and more about the terror tied with psychologically-taut familial relations. Not unlike Robert Eggers’ Sundance sensation, Aster displays proficient skill in eerie tone-setting, elaborate production design, and the type of scares that will leave a pervasive imprint on the mind, even if the underlying mythology gets over-complicated by the finale.

The Graham family should be in a complete state of grief when we first meet them, their grandmother having just passed away, but not every member is saddened by her passing.  They occupy their time in an eternally low-lit, Pacific Northwest house which has plenty of large rooms, including one where matriarch Annie (Toni Colette) works as an artist on miniature, intricately-detailed panoramas. (In an unnecessarily showy first shot, it’s hinted this entire film may take place in one.) Annie and her husband Steve (Gabriel Byrne) have two children: the cool-kid teenager Peter (Alex Wolff) and his emotionally distant, lonely little sister Charlie (Milly Shapiro), who exudes a something-is-not-right feel akin to Isabelle Fuhrman in Jaume Collet-Serra’s Orphan. With her unnervingly melodious tongue clacks and dead-eye stares into the distance, she lives an isolated life in their hauntingly empty house as something ghastly churns in her soul.

Aster’s script has ample room for terror, the surprises of which are better left unrevealed, but the film’s best sequence isn’t supernatural at all. Rather, it’s a masterfully-executed scene depicting the escalation of mistakes that lead to irrevocable consequences, bringing an all-consuming weight of shame and dread over the entire family. From here on out, Aster plays with how these oppressive burdens then machinate into both the unraveling of long-pent-up feelings and something closer to the occult. These carefully-laid, grounded internal conflicts escalate into external outburst, and it’s done exceedingly well. However, when Aster begins to go above and beyond, introducing the paranormal and throwing more at the screen, the meticulous, skin-crawling build-up starts to lose steam. For a script where the first two acts are impeccably succinct in doling out insecurities and terror, there’s a tinge of disappointment when the finale attempts to over-explain with exposition.

Even when the story gets too drawn-out and complicated, the performances remain remarkable. Annie begins to attend support groups to deal with the death in her family when she meets Joan (Ann Dowd), who is grieving after the passing of her son and grandson, and offers an opportunity that will open up a connection with the deceased. As she grapples with the real loss in her family, Colette displays a sorrow that manifests into a committed fierceness as she begins to lash out. The best female lead performance in a horror film since The Babadook–which, while having more of a funhouse creature vibe, shares a similar sense of intensifying dread–the actress brings a relatable throughline of familial frustrations and maternal regrets. As her son, Peter has a swelling fear that his mother’s meddling in both sleepwalking and the supernatural may bring harm. Then there’s Steve, who is more exhausted than supportive, wondering what the hell is happening to his family, engendering a few laughs to reactions of his fatigued bewilderment.

Despite the third act misgivings, Aster, along with expert work from cinematographer Pawel Pogorzelski, exhibits a promising, methodical form in his presentation of terror. From little touches such as the way transitions from night to day are handled, as if a light switch is flicked on, to a pervasive sense of darkness running throughout (and what might be hiding in it), they show a patient eye. Due to this careful unraveling of horror rather than a prevalence for jump scares (though, there are a few effective ones), Hereditary burrows deep in the brain, waiting to scare you again the next time you turn the lights off or sit down for a family meal.

Hereditary premiered at the 2018 Sundance Film Festival and opens on June 8.