Sundance Review: Divinity is a Cult Classic in the Making 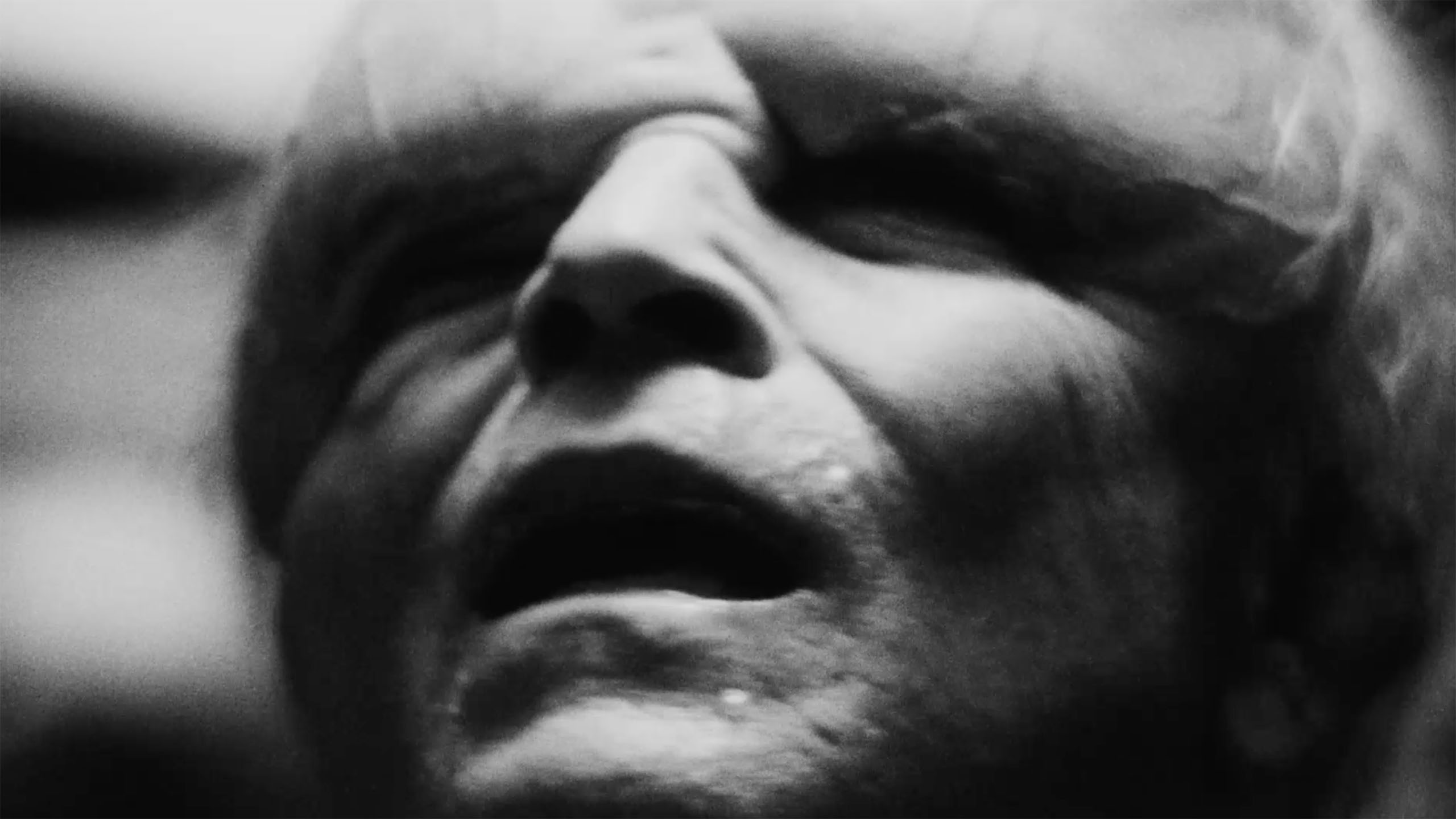 Divinity can best be described as a “brain trip,” a film that acts as an upgraded ’80s B-movie. Eddie Alcazar’s futuristic, violent drama follows two brothers as they hold a scientist, the man who helped invent an everlasting-life drug called Divinity, hostage in his mansion. At times it’s beautiful to watch, shot in a shadow-focused black-and-white and set amongst a deserted landscape recalling Mad Max. Other times it’s grotesque, highlighting the disgusting physical and financial greed of a drug that’s been flooded across the world. Always, Acalazar’s film is inventive and singular.

Moises Arias and Jason Genao star as the two brothers, largely silent in these ever-present roles. Stephen Dorff portrays drugmaker and millionaire Jaxxon Pierce, the man responsible for so much of society’s excess. The three actors, along with a minimal supporting cast, do enough with Divinity‘s sparse script, willing to do whatever is needed. Alcazar’s script calls for various levels of intensity, and each of them are up for its severity.

Alcazar’s chief goal with Divinity is the enveloping mood, plot mechanics becoming inconsequential in this world he’s created. Produced by Steven Soderbergh, the film uses practical effects to make its magic. It shows a world that’s been ravaged, different species of people fighting for the beginning or ending of immortality. It’s weighty without explanation, made for midnight audiences wanting to escape into a darker version of reality. But in all the bleakness cinematographer Danny Hiele, known for his work on popular music videos, shoots this land with elegance. This world is gorgeous for all its gluttony.

Divinity has the makings of cult object, one a small audience will love and cherish. It’s packed with action, sex, nonsensical vibes, humanoid aliens, and inventively executed practical effects. The film and its characters look odd but compelling. This might not be a movie for everyone, but it cannot be faulted for la ack of creativity, vision, or effort. Alcazar perturbs and disturbs as he explores infertility, hypermasculinity, and the male God complex.

Note a sequence wherein the brothers watch TV advertisements for several minutes. It’s overwhelming and brain-melting, hard to take any one thing or even specifics from, except for the everlasting nature of these products. The outcome is a forced chuckle, an unpleasantness that sits in one’s stomach. On rewatch, audiences might find these minutes genius, pausing and rewinding to catch every commercial, laughing harder on each successive viewing.

If that isn’t enough to garner interest, Divinity has tricks up its sleeve. It turns into a pseudo-animated stop-motion sequence for an extended fight scene, reminiscent of watching two characters battle in Mortal Kombat. Bella Thorne pops up as the leader of a group of women who save other women from harm, suited up in a state of supposed perfection. It rages against the simple idea of constant pleasure, against the idea that living forever can somehow be a positive thing for yourself and the rest of the world. In Divinity, the costs outweigh the benefits every time and twice over.

Alcazar has built a world that’s uniquely his, crafting a film that will certainly be unlike anything else of this year’s offerings. It harkens back to the dystopian hits of the 1980s, hoping to put itself into that collection. Whatever its narrative limitations, Divinity is praise-worthy, with the possibility of cashing in on its strangeness with niche audiences for decades to come.