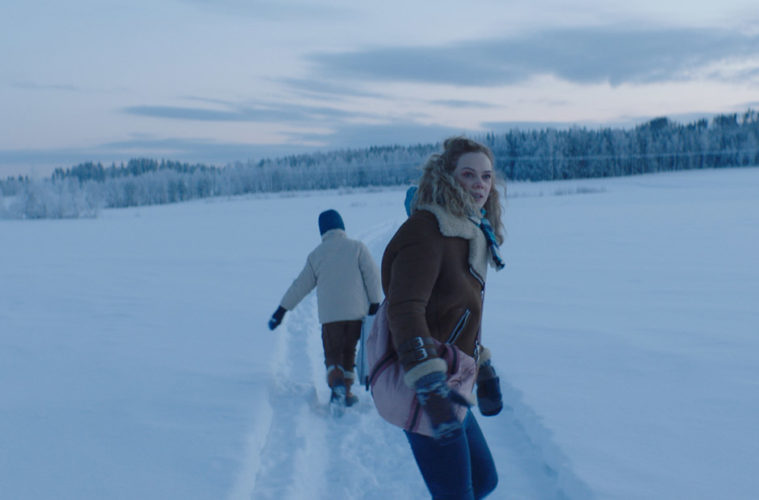 One is eight years old, one’s 14. One clings to mom without knowing what else to do, the other resents her. They’d be stereotypes if they actually had some surroundings to ascribe their views, but as it stands, they’re something a little more than that. Meet Vincent (Troy Lundkvist) and Elina (Tintin Poggats Sarri), two siblings who have been living with their dad (Sverrir Gudnason) for the past few months. They haven’t seen their mom, Alice (Ane Dahl Torp), since she decided to go on her own for a while, but when she gets a call from him one night, she springs into caring.

That isn’t necessarily to say that she didn’t care before; it’s more that she didn’t realize she had to care more. Likewise, to get a call from a child declaring their disdain for their living situation isn’t so much a cry for help. It’s that and a challenge, an out-of-the-blue call for redemption against an ex-husband who legally banned their own mother from being with them.

And so she goes to see them. She realizes her lack of worth. The Swedish countryside accentuates the shadows of her behavior as well as the doubt in her face while the warmest complements—the rustic mahoganies rising from the snow—stand guard against her return. And so she takes them, promising the best vacation ever to Tenerife where the blue is a relief and the brown grows green. In Amanda Kernell’s Charter, however, getting one’s attention is a lost cause no different than reducing a loved one to a passive object.

Such is the shift in center in Kernell’s first feature in the four years since her Venice winner Sami Blood. Alice is by all intents and purposes the protagonist with Vincent and Elina her goals, but it’s soon enough that the latter two show themselves as the most active. They, after all, are the ones battling the shift from archetype to stereotype. This isn’t the type of script that gets off on delaying the inevitable. Thankfully, the writer/director allows Elina, in particular, to bring each conflict to the forefront, preventing any sort of Alice’s hot air from freezing over.

Rather, there are a small handful of shifts wherein Charter telegraphs its arcs. The production design from Sabine Hviid is pleasant in an anodyne sort of way but askew, its shifts most vocal in contrast and context. It also works nicely in tandem with Sophia Olsson’s cinematography, which, while oddly flat in its exterior shots, has a nice subtlety in how it follows and leans into characters. Whereas the structure is more lyrical, the mise-en-scène is more conversational.

It’s better that the movie talks that way instead of through its characters, after all. Kernell doesn’t have a tin ear for dialogue by a long shot, but it doesn’t leave much of an impression aside from the assertiveness with which it comes about. Oddly enough for a character-driven script, its set pieces—yes, there are some—are phonier. A mother-children karaoke scene, a climax that goes borders on the theatrical—one has to wonder how ironic Charter meant to be in these beats, but the intention doesn’t ring through assuming it’s there to begin with.

Instead, it is the silences that say the most, the realizations of defeat in which it isn’t worth to try anymore. But of course Alice does try. Is she trying for herself or for her children, and how much is out of obligation? Maybe intentions don’t matter as much when the well-being of children is at stake, and it’s possible that Kernell’s framing sidesteps these questions by mistake. There’s still enough to grasp onto here. Just look at the blue. Its hue will say more.