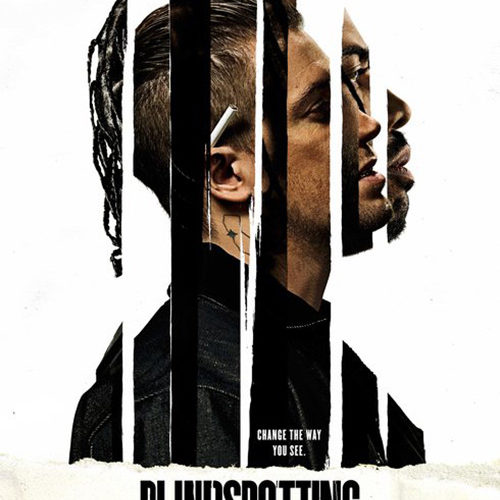 Blindspotting is a mess that is likely to lessen in your mind as soon as it’s over, even if you may be utterly absorbed in it in the moment (which I often was). A lot of it is provocation which belies a lack of a real message, or story turns that feel unearned even in the heightened context the movie establishes. But there is undeniable craft here, and an impossible-to-ignore signal that everyone involved in the project deserves attention going forward. What does work is strong, sometimes powerful.

Hamilton’s Daveed Diggs plays Collin, a moving company worker trying to keep his head down during his final three days of probation. This proves difficult after witnessing a late-night police shooting of another black man makes the racial injustices and contradictions of living in modern-day Oakland impossible for Collin to ignore. The movie was initially billed simply as “A buddy comedy in a world that won’t let it be one,” and Collin’s trauma-driven distress induces friction between him and his longtime best friend and co-worker Miles (Rafael Casal), a white guy who acts far more stereotypically “black” than he does.

Diggs and Casal, friends and frequent artistic collaborators in real life, wrote the screenplay together. Both Oakland natives, they bring a tremendous amount of verisimilitude to the film’s picture of the war gentrification wages on Oakland, historically a cradle of black culture, activism, and revolution. While the movie can’t quite build its assorted parts into a definitive picture, those constituents are blistering, sometimes harrowing experiences on their own. Standouts include a dream sequence in which Collin is in court, with Miles as his beat-rhyming attorney, 12 black men murdered by police as his jury, and the officer he saw shoot a man as his judge—the sound of the gavel banging is not wood-on-wood but gunshots.

Collin and Miles’ job takes them around the city, carving out many interesting slices of life, and Diggs and Casal have enormous comedic chemistry together. Diggs, initially the more low-key of the two, reveals deepening reserves of anger and contemplative sadness as the movie progresses. Casal plays a character who could easily be a ridiculous cartoon as, well, a ridiculous but convincing human being.

Around two thirds of the way in, an abrupt turn puts a dead stop to all jokes. Carlos López Estrada handles the shift well, and can put his high-energy cutting just as easily in the service of intense, uncomfortable danger as he can lighthearted on-the-town adventure. Estrada guides the movie over the particularly rough patches of the script (such as a scene which explicitly tells the audience what the title means, and then insists on underlining how it relates to the themes in case we don’t get it), and is the main reason it holds together even as it becomes apparent that the story has a lot of smart observations but no cohesion. Clumsy though it may be, Blindspotting is a ride worth taking.