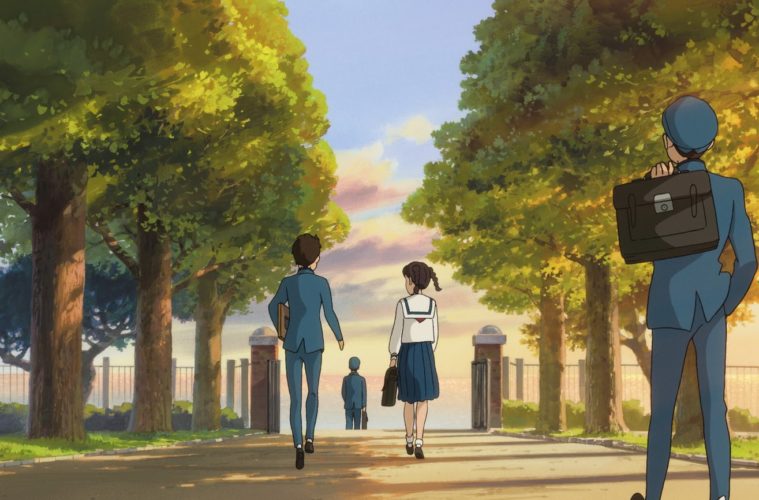 Studio Ghibli Debuts First Trailer For ‘From Up on Poppy Hill’ Hot on the heels of The Secret World of Arriety comes another Studio Ghibli film written and conceived by Hayao Miyazaki and directed by his son, Goro, From Up on Poppy Hill.  Based off the popular manga with the same name, the new film is set in 1963 focuses on a group of teens trying to stop a local business developer from demolishing their school clubhouse. It also pays special attention to its two lead characters, a boy and a girl starting to fall in love when one of them realizes that the two might also be half-siblings. Check it out below.

Given Goro Miyazaki‘s first attempt at directing with Tales from Earthsea ending in a beautifully drawn but terribly confusing flop, I was a bit worried. But thankfully, this film looks much more grounded. The animation is tasteful and gorgeous as always and it looks less like a children vs. adults adventure and more like the kind of deeply personal, heartwarming kind of work that fans have always connected to the older Miyazaki. The music adds successfully to this feel, giving it a rather somber yet heartfelt quality overall.

I’ve had a preference for the original audio rather than the Disney dubs so I’m looking forward to seeing how pure GKIDS, the specialty animation arm now working with Miyazaki and Studio Ghibli on releasing this film, will keep the film. The film received critical and audience acclaim upon release and festival run last year (including our own TIFF review). Although GKIDS probably won’t be able to give the film the kind of push and wide release Disney has the power to, they plan to roll it out next year.

Are you excited for another Ghibli film?