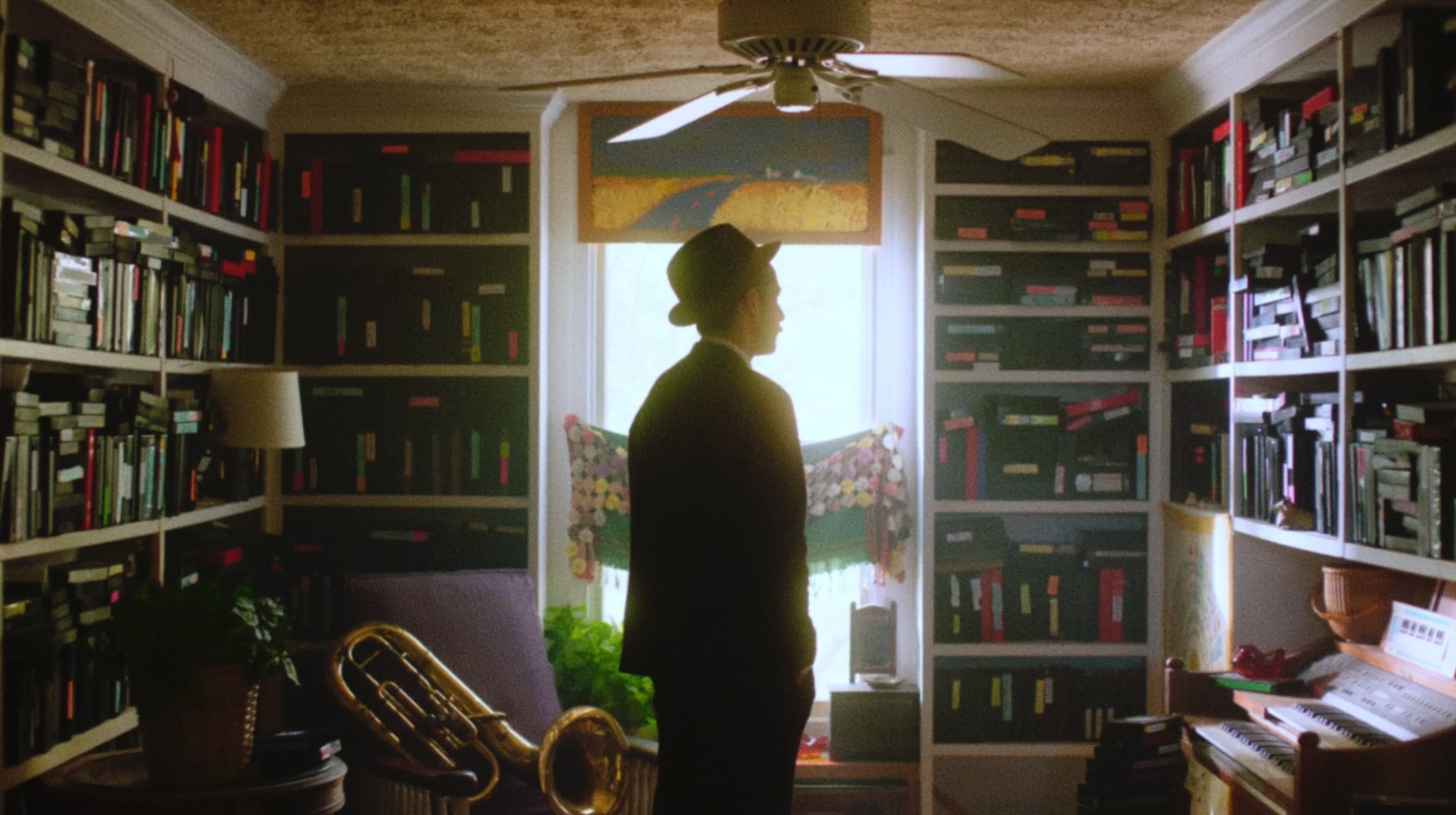 One of the most imaginative films in this year’s Sundance Film Festival was Albert Birney and Kentucker Audley’s delightfully analog adventure Strawberry Mansion. Set in a world where the government records and taxes dreams, we follow an unassuming dream auditor who gets swept up in a cosmic journey through the life and dreams of an older eccentric. Recently picked up by Music Box Films for a release later this year, they’ve now released the first trailer.

I said in my Sundance review, “What if the government didn’t strictly tax your paychecks and transactions, but your dreams as well? With their vibrant, imaginative, and genre-melding new film Strawberry Mansion, directors Albert Birney and Kentucker Audley envision this reality in the near-future of 2035, but with their clear admiration for analog technology, it could just as well take place in an alternate timeline recalling decades past. Following a dream auditor named James Preble (Audley) who ventures to a remote farmhouse for his latest assignment, he’s tasked with auditing the dreams of the eccentric, elderly Bella (Penny Fuller), who has failed to file hers for decades. Fondly recalling Michel Gondry’s Science of Sleep as reality and dreams start to meld, the film is equal parts lovely and frightening as it explores romantic bliss, destructive capitalism, and the significance of the subconscious state we all spend a third of our lives experiencing.”