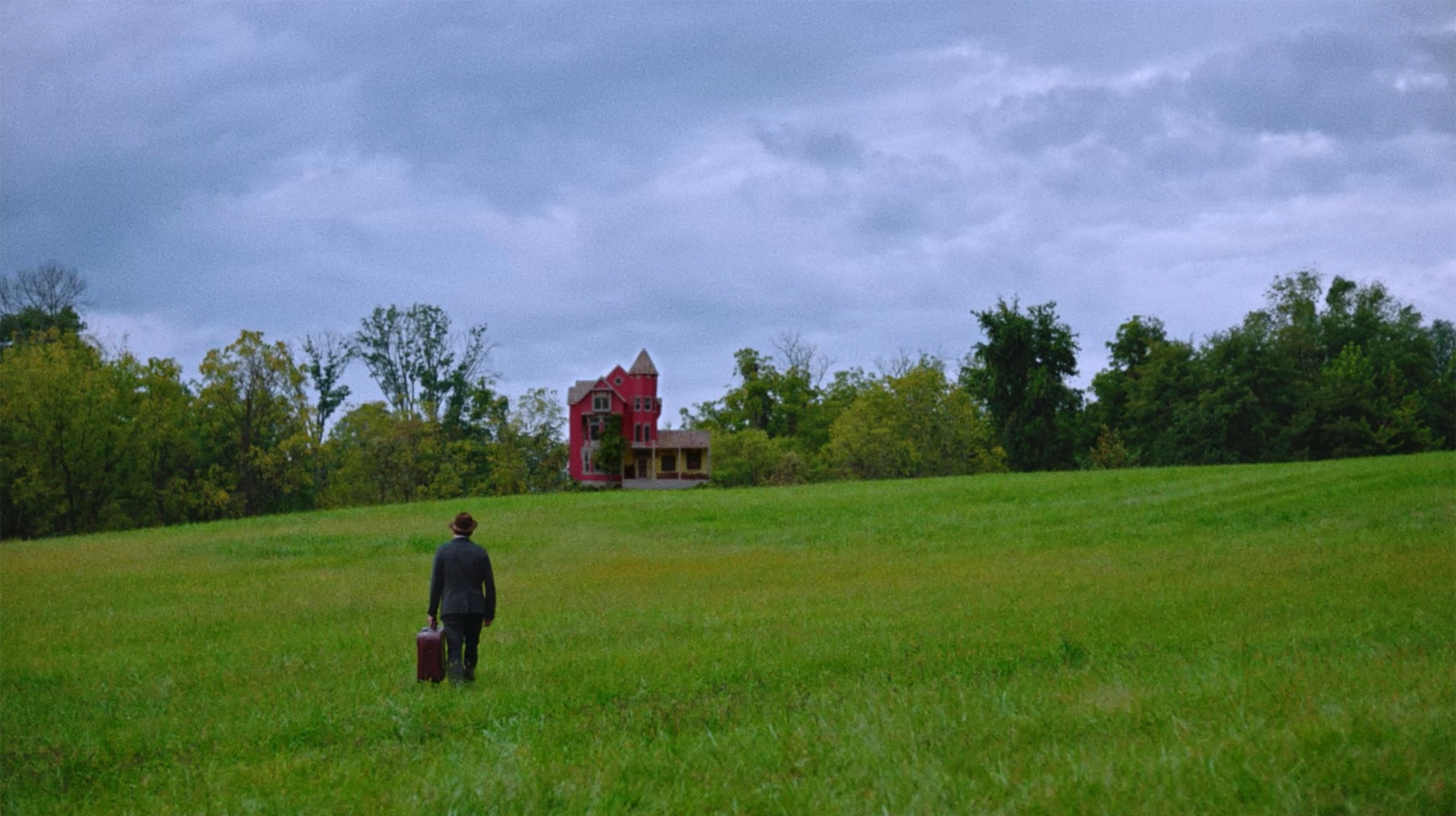 What if the government didn’t strictly tax your paychecks and transactions, but your dreams as well? With their vibrant, imaginative, and genre-melding new film Strawberry Mansion, directors Albert Birney and Kentucker Audley envision this reality in the near-future of 2035, but with their clear admiration for analog technology, it could just as well take place in an alternate timeline recalling decades past. Following a dream auditor named James Preble (Audley) who ventures to a remote farmhouse for his latest assignment, he’s tasked with auditing the dreams of the eccentric, elderly Bella (Penny Fuller), who has failed to file hers for decades. Fondly recalling Michel Gondry’s Science of Sleep as reality and dreams start to meld, the film is equal parts lovely and frightening as it explores romantic bliss, destructive capitalism, and the significance of the subconscious state we all spend a third of our lives experiencing.

Skirting around the mechanics of how this future of dream taxation works, Birney and Audley are far more interested in concocting tangible textures with homespun creativity to craft their dream landscapes. The basics are set-up early on: every day, upon waking up, you take your dreams that have been recorded on a flash card aka “air sticks” and upload them to a government server. The objects one dreams up are given tax rates (a quarter for a Buffalo, 17 cents for a violin, etc.) and you pay up––at least, that’s the case for everyone except for those skirting their taxes. The delightfully peculiar Bella falls into this category, failing to upload her dreams and therefore avoiding taxes for much of her life. Taking up residence with her pet turtle Sugar Baby, she’s accumulated thousands of VHS tapes as she hasn’t switched to “air sticks,” which became mandatory seven years prior. So begins Preble’s task of going through her mountains of tapes to tally up all she owes, but as one can predict, that mission soon falls by the wayside as he gets consumed with glimmers of her past life.

From the tone-setting title card––which involves a slow-motion lick of ice cream, mixing the bizarre and the joyous––to the finale, Strawberry Mansion is bursting with ideas in every corner, backed by a dreamy Dan Deacon score. The inspired production design by Becca Brooks Morrin pops with vibrant colors as captured by cinematographer Tyler Davis, who shot digitally then transferred to film to add a luminescent, timeless texture. As the film’s dream logic continues to deepen, there’s even stop-motion animation thrown in for good measure, and one of the film’s successes is not making it all feel like a misshapen hodgepodge. Even as strange ingredients are continually thrown into the pot, the fantasy has a sweet, spirited tone that feels harmonious through. The story’s most affecting element concerns Preble as he interacts with a younger version of Bella inside her (and his) dreams. As played by Grace Glowicki, the younger Bella becomes a fixation for Preble as threats start to subsume his reality and their budding relationship is conveyed with a playful storybook quality. Bouncing around different landscapes at a whim, when the duo venture seaside, the film is at its most creative, involving immaculate island sunsets, rat seamen (sailorats?), and a voyage that lasts centuries.

Even if some doors that Strawberry Mansion unlocks––such as brief elements of housebound horror or fairly obvious commentary on how advertising has corroded our everyday lives––don’t gel quite as well as others, there is no mistaking Birney and Audley’s resourcefulness. Presuming this was shot on a shoestring budget with limited resources, it’s evident the sky’s the limit if they were given an even larger canvas to work with. That statement isn’t meant to minimize the work that’s done here, though, as convincing visual effects and in-camera manipulation seamlessly expand the story’s scope. When it comes to said story, outside of the discernible structure found in the real world, as the film doubles down on dream logic and takes darker turns, a grasp on comprehensibility may loosen, but that’s part of the ride––an exposition-filled, Inception-esque journey into dream layers this is not. Flowing with imagination and splashes of the surreal throughout, Strawberry Mansion is a humorous, dark, and touching reverie conveyed with rich colors and directed with a kaleidoscopic vision.