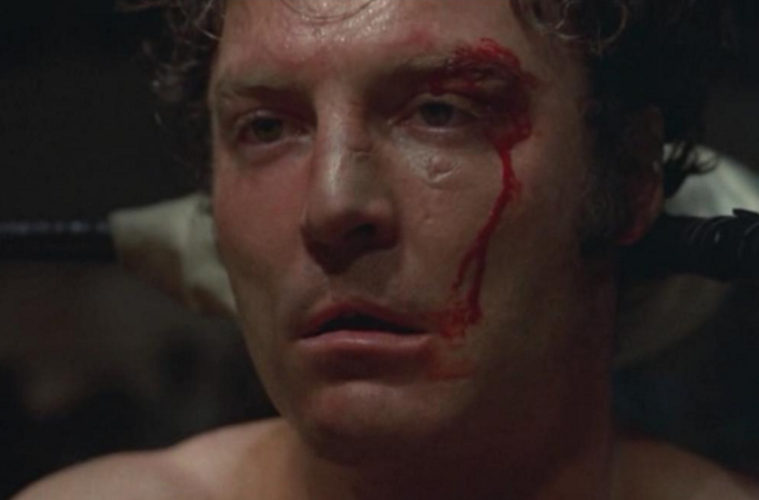 Playing at Film Forum starting today, Friday, November 20th, for six days is John Huston’s newly restored 1972 film Fat City, starring Stacy Keach and Jeff Bridges. In the film Keach plays Billy Tully, a down and out former boxer who returns to the ring in an attempt to escape his days spent picking fruit for a living and nights spent drunk in dingy skid row bars.

The Film Stage: When was the last time you saw the film in full?

Stacy Keach: I guess it’s been about ten years.

Do you deliberately avoid watching your own films?

Well in the old days we used to all go to dailies but I didn’t like to go. I didn’t like seeing myself so I wouldn’t go, and sometimes that would get me into trouble because certain directors really enjoyed having everyone come and watch the dailies at the end of day’s shoot, it was ritual, especially with someone like Robert Altman. John Huston was the same and I always felt very uneasy because I would see myself in one take that I liked and then when I saw the final cut that take was not used and it would make me sad. Now I just do the work and forget about everything else.

How did you get the part in the first place?

I was shooting a film called Doc in Spain and John Huston came to the set to visit me and offered me the role. He had seen me in The Travelling Executioner and wanted to work with me.

Huston was obviously one of these larger than life Hollywood figures. What was he like on the set?

Huston was a wonderful director. Being an actor himself he understood the process actors go through. He had very simple directions. He would say inevitably, ‘A little less,’ or, ‘A little a more.’ He was like a conductor. He would rely on his actors to find the appropriate emotions of the moment on their own. As a director he was more concerned about the camera and worked a lot with Conrad Hall.

Fat City feels very much a film of the 70’s, the type that could only exist in that decade. Watching it again it reminded me a lot of Five Easy Pieces or Save the Tiger. What was it about that specific period that nurtured this type of film?

The thing about the 70’s is people still had dreams, which is highlighted in Jeff Bridges’ character. Billy Tully’s heyday had passed and he was a broken down guy. He’s a survivor in one respect but still maintains an existentialist plight. The thing about Fat City that distinguishes it from other boxing movies is the characters start at point A and end up at point A. They don’t go anywhere, unlike Rocky, which is more of a Cinderella story.

How did the often dark and gritty nature of the film, especially in relation to Conrad Hill’s cinematography effect you as an actor?

Well it certainly helped me get in the mood. The environment had its own stimulus. It made it easier to find Billy Tully’s inner core.

The film obviously has a lot of fight scenes and you’re involved in a long boxing sequence towards the end. How difficult has an acting challenge was it to make those fights seem authentic?

I had the privilege of working with Jorge Torres, a light-heavyweight fighter who trained me. I got in the best shape of my life. My respect for fighters was elevated, I came to understand how hard they work to get into shape. One of the most telling moments of the shoot was when after we had done a take of the final fight, Huston came up to us and said, ‘That’s wonderful fellas but now go out there and box, no choreography, just get out there and fight.’ Sixto Rodriguez, my partner in the scene, was a professional heavyweight with 87 fights to his name — he was strong with arms of steel. He told me to hit him as hard as I wanted. I hit him in the stomach and he reacted intuitively and came out with a right hook and knocked me cold — I mean actually knocked me out. That was the shot John used in the movie.

You’ve acted in hundreds of movies, TV shows and plays – what as an actor do you know now that you didn’t know at the time of filming Fat City?

John Huston was very instrumental in forming an approach to film acting that I hadn’t up to that point been privy to. He taught me to be unpredictable in portraying human behavior. Fat City today still remains one of the most important films of my career.