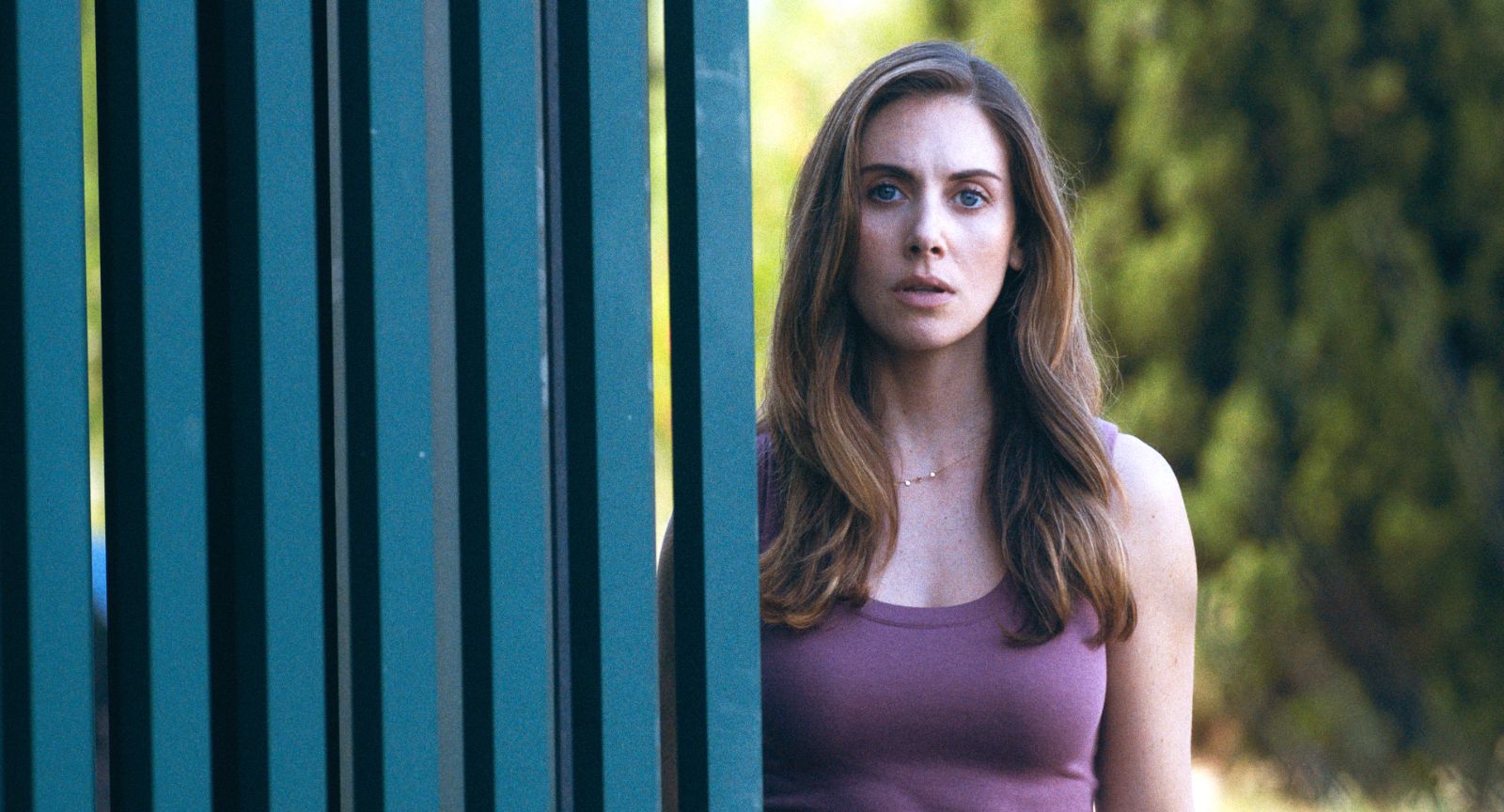 There are a number of reasons to recommend Spin Me Round, a winning comedy about the manager of an Olive Garden-style restaurant who gets chosen to attend a training program in Italy. The film features a shockingly stacked supporting cast of comedy titans: Aubrey Plaza, Tim Heidecker, Molly Shannon, Fred Armisen, Lil Rel Howery, The Office’s Zach Woods, Looking’s Lauren Weedman, and High Maintenance’s Ben Sinclair. The latest from director Jeff Baena, whose strange and wildly diverse filmography includes Life After Beth and The Little Hours, Spin Me Round stood out as one of the better comedies in a strong SXSW lineup earlier this year––even its Harlequin romance novel-aping poster is a gem.

However, the top reason to see Spin Me Round—it is not even close, really—is Alison Brie landing a starring role perfectly suited for her talents. The GLOW star co-wrote the script with Baena, and it provides her a nicely complex role. While Brie co-wrote (with Baena) and gave a remarkable lead performance in 2020’s dark Horse Girl, never before has she been the lead in a comedy this smart and well-crafted. If Brie’s poise and likability are no surprise, her ability to stand out from comic geniuses might be.

Amber knows the reality of Tuscan Grove, best symbolized by the fat packets of alfredo sauce the staff squeezes onto endless plates of pasta. Yet she swoons over the opportunity to join managers from some of the restaurant’s top franchises on an all-expenses-paid trip to Italy’s Tuscan Grove Institute––with a stay in a villa to boot. One of Spin Me Round‘s prominent themes, however, is the difference between fantasy and reality, and it hits home for Amber very quickly. While the villa looks like a fairy tale, Amber and her fellow managers stay in a grim hotel nearby.

The attending Tuscan Grove managers include Deb (Shannon), ever-depressed over her missing luggage; Fran (Heidecker), who desperately clings to a past TV appearance (“You all probably recognize me from Chef’s Challenge”); Dana (Woods), a sweet Jersey-ite who adores Tuscan Grove, specifically its owner and his “Mama Martucci”; deadpan Susie (Debby Ryan); and the bubbly if vacant Jen (Ayden Mayeri). The classes are overseen by Craig (Sinclair), the program supervisor who wheels in a TV and DVD player to show Life is Beautiful to the crew. (He hears it’s “hysterical.”)

Hovering around the Institute is charisma-oozing Nick Martucci himself and a sharp-tongued assistant, Kat. She is played by Aubrey Plaza, who injects a delightfully sour energy into the film. At the request of Nick, Kat zeroes in on Amber, soon whisking her away to his yacht and, later, a party at the home of an artist played by Fred Armisen at his douchebaggiest. Nothing happens the way Amber seems to think it will, including her relationship with Kat. Sadly, Plaza’s character departs with 30 minutes left, never to return. As Spin Me Round‘s storyline becomes increasingly unhinged—to a mostly enjoyable degree—Plaza’s surly demeanor is deeply missed.

As Amber wrestles with her feelings for Nick, she and Dana also believe something sinister is afoot. The truth is messier (and far funnier) than they could have imagined, and the final stretch proves a wild mix of boar, nudity, and an increasingly crazed Deb (expertly played by Shannon) before ending on a believably bittersweet note. Through it all is that cast, especially Brie. She gives a genuinely lovely performance as Amber, a wistful dreamer with the pained eyes of someone who has spent far too much time watching a plate of noodles and alfredo sauce spin around the microwave. Spin Me Round never reaches classic status, but works as an enjoyable, sometimes uproarious subversion of rom-com tropes. Pull up a chair, and mangia.

Spin Me Round opens on August 19 in theaters, on AMC+, and on VOD.