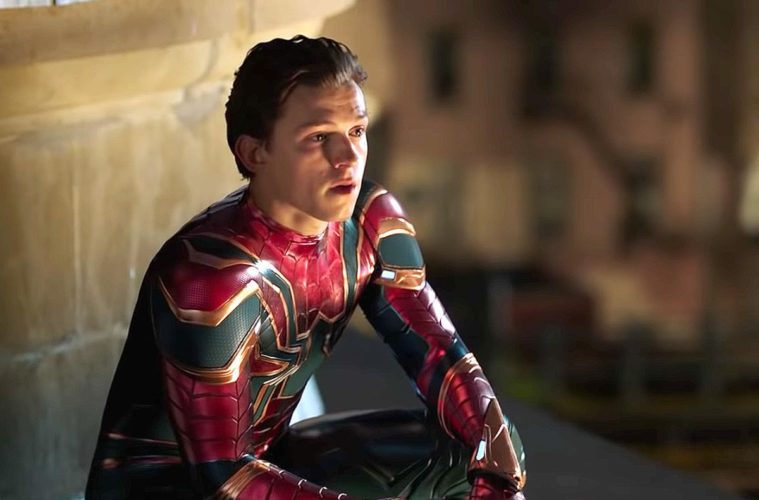 In its final moments, Spider-Man: Far From Home muses that people will believe anything. This fairly blatant observation of the not-too-distant future setting of the MCU–a world populated by gods, sorcerers, aliens, etc.–doubles as an on-the-nose critique of our post-truth world. Desensitization and fatigue lend us to a general acceptance of the insane because it’s the new normal. It’s not an entirely uninteresting thesis for a tights and spandex film, if it weren’t also a flimsy excuse for director Jon Watts (along with scribes Chris McKenna and Erik Sommers) to paper over some of Far From Home’s most baffling character decisions. However, not unlike Homecoming, the electricity of this Spider-Sequel’s cast thankfully provides enough smoke and mirrors to occasionally ignore the kinks behind the curtain.

In theory, a solo outing should be a breath of fresh air, but where Homecoming felt a little leaner in scope post-Civil War, Far From Home is forced to reckon with the universe-shattering events of Endgame. It tightens its gaze enough to still feel like a Spider-Man film, but the loose ends of Phase 3 prove cumbersome, and it’s forced to contort several plot threads into a clumsy narrative. Tom Holland’s Peter Parker juggles not only a burgeoning crush on MJ (Zendaya), but also a world devoid of Avengers, and Happy Hogan’s (Jon Favreau) summer tryst with his aunt (Marisa Tomei). That’s all on top of Nick Fury’s (Samuel L. Jackson) insistence that Peter step up to the plate alongside newcomer Quentin “Mysterio” Beck (the film’s MVP, Jake Gyllenhaal) to battle creatures called Elementals (think of the Titans from Disney’s Hercules). Spidey’s Nick Fury-sanctioned derring-do against the Elementals is the film at its most clunky, leading certain characters to make mind-boggling mistakes out of sheer (and frankly, insulting) gullibility.

It’s a hell of a lot, often bogging the film down. The viewer is forced to perform mental gymnastics that would put the web-slinger to shame in an effort to enjoy the show. In spite of this, Holland is operating at 150% to keep things as breezy as possible. To date, the best iteration of the character, he’s an eminently winning physical performer, and his contrast to Zendaya’s cagey deadpan provides the film some of its best moments. To its credit, Far From Home’s high school romance and teenage pitfalls are wonderfully rendered, even amidst the laborious superhero narrative and digital mush of the action.

As the set pieces and exposition threaten a catatonic state, Jake Gyllenhaal barrels through them, injecting entire scenes with a showboaty freneticism. After a near miss with donning the red mask himself, the actor claims a much-deserved reward by stealing the spotlight entirely. The film plays a little fast and loose with Beck versus his comic book origins (perhaps blasphemy to purists), but with a commendable bit of maneuvering into the MCU, Gyllenhaal nails the spirit of the thing. Not quite in overdrive compared to his bigger performances, he sells it with ease. He skews both bombastic and measured, brandishing everything that makes him one of our consistently undervalued movie stars.

Spider-Man: Far From Home, riding the highs of its charismatic players, and intermittently teasing compelling notions, is–like its hero–somewhat out of its depth. It’s not without its charms, but it tries to excuse the dull spectacle by making it central to the plot, with the gall to tell us it doesn’t matter, because we’ll believe anything.