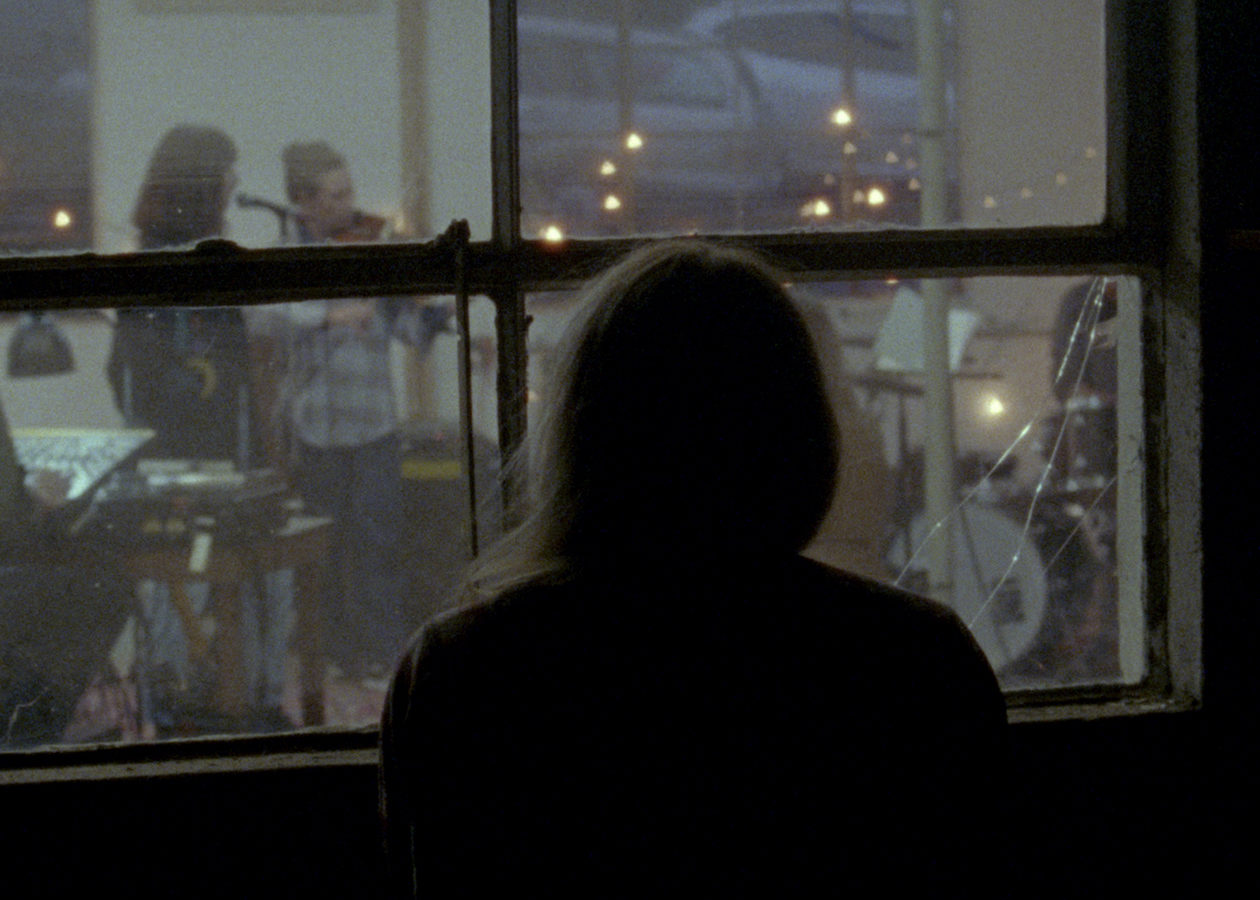 It’s rare that a new American film feels genuinely alive with possibility from beginning to end. So many of the logistical, economic, and technological decisions that go into making a movie in the United States are designed to suffocate artistic vision in favor of audience accessibility. Which means something infinitely strange and fractured like Slow Machine feels all the more essential, an eccentric celluloid shape-shifter shot on 16mm that playfully upends the tropes of narrative storytelling.

Paul Felten and Joe DeNardo’s low-fi genre buster follows Stephanie (Stephanie Hayes), a Swedish, Brooklyn-based actress of experimental theater who meets a mysterious government agent named Gerard (Scott Sheperd). Instead of being thrown into a world of intrigue and clandestine operations, Stephanie must endure Gerard’s casual seductions and awkward theorizing, much of which revolves around his unseen fiancé’s thesis on narrative archetypes in pornography.

Their interactions are depicted mostly in flashback, penetrating different moments in time where Stephanie, now sporting a Southern accent, has retreated to the upstate farm of musician Eleanor (Eleanor Friedberger) to escape whatever blowback Gerard has brought down on her life. In doing so, Slow Machine weaves a subversive web of overlapping narratives that are constantly in conflict, each shaped by music and performances that pulsate with kinetic energy.

At the heart of it all is a sense of freewheeling whimsy that enables Slow Machine‘s characters to embrace life’s bitter coincidences and jealousies without being insufferably dire. Despite his violent tendencies and epic mood swings, Gerard speaks like a charming shmuck version of Bogart, a little too eager to erase the norms of societal boundaries to achieve personal connection. At one point he even refers to himself as “emotionally promiscuous.”

Hayes’ chameleon-like performance(s) is / are even more impressive as she effortlessly adapts to whatever situation occurs. At seemingly every turn she’s dealing with a different predator, like her aggressively awful roommates or the unwanted advances of a hipster turd that loves the poetry of William Blake, his “man back in college.”

But the key scene in Slow Machine has to be where Chloë Sevigny (playing herself) recounts a mysterious and memorable audition involving an unfinished script presented to her by an anonymous writer. The anticipation in her voice as she reflects on the serpentine process reflects that of an artist ready to be reborn through a disjointed and incomplete filmmaking process.

Somehow, Felten and DeNardo have done just that with Slow Machine, denying any sort of closure or overarching context in order to reach a deeper truth about the stories we tell in order to reignite our passions about life. Or more specifically, being at peace with the chaos this world provides, both in real life and the art we choose to spend hours obsessing over. The film’s brilliant final scene involving a Zoom bedtime story with no real direction or conclusion is entirely symbolic of this sentiment.

If American cinema is ever going to transcend the banal and shapeless superhero fantasies that have occupied so much mental and physical space this past decade-plus, more films like Slow Machine will be needed to jar us out of our collective complacency. For those curious and willing, this is a beautiful reminder of what it’s like to be properly throttled by an unexpected cinematic jolt.