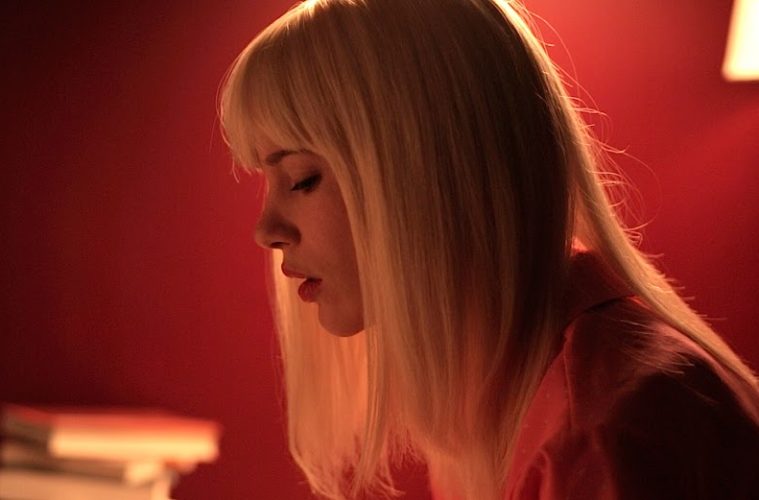 A wise woman named Sheryl Crow once said, “a change will do you good.” For Irene, a pretty 23-year old-ish artistically inclined misfit, it’s as simple as a haircut.

A scathing critique of the modeling industry as a search for belonging and friendship turns into an absurd and at times cringe-inducing comedy, Chemical Cut is a fresh feature written, directed, edited and staring Marjorie Conrad, a former contestant on America’s Top Model. Parodying a world where artists and models are expected to work for free — often in uncomfortable, morally compromising positions for a “resume item” — the parody emerges into a disturbing psychological drama as Irene is pushed to the brink.

We meet Irene as she works full time in a Los Angeles boutique. She spends her evenings hanging out with her GBF Arthur (Ian Coster), an aspiring novelist who ultimately decides to travel abroad for his MFA. Growing apart from Arthur she meets Spring (Leah Rudick) at the gym, a self-destructive rich girl with the runway to do unpaid work for. Irene unfortunately doesn’t have the luxury; exploited by Jared, her booker (Michael Lucid), she’s sent on humiliating “test” shoots sometimes involving nude bras. Other times she’s required to “live model” handbags, walking around a mall as an influence marketer.

Chemical Cut finds absurdity and a great deal of pain in its irony as Irene tries something that she’s not sure she likes just for the experience. It’s not exactly clear if she’s signed herself into slavery but her desire to commit grows into struggle to endure.

Writer/director Conrad tackles this material from the inside. Irene is many levels below Derek Zoolander on the rung of success, perhaps somewhere between intern and volunteer. The film is insightful, often parodying the pain one feels when one is engaged in the soul crushing moments of a “career investment,” un- or under-paid and abused by those in authority (call it a hazing ritual). Film too can be felt this way — Irene is as vital and as under-appreciated as the lone PA.

Working at this level doesn’t permit a level of introspective. Punched into the industry at a micro-level, the story is personal and often captivatingly painful. In its broader moments it goes a little too over-the-top as Conrad loses control as writer-director, while Conrad, the actress, remains remarkably restrained, walking through her many odd jobs as a punching bag of sorts.

Chemical Cut might just be required viewing before one considers a career in modeling or, for that matter, the arts, without financial means to support fledgeling. Unfortunately this cynical view doesn’t permit Irene many triumphs that do eventually come, if only for an evening. The film itself is a minor triumph as Conrad proves to a new voice in independent cinema that’s worth watching.