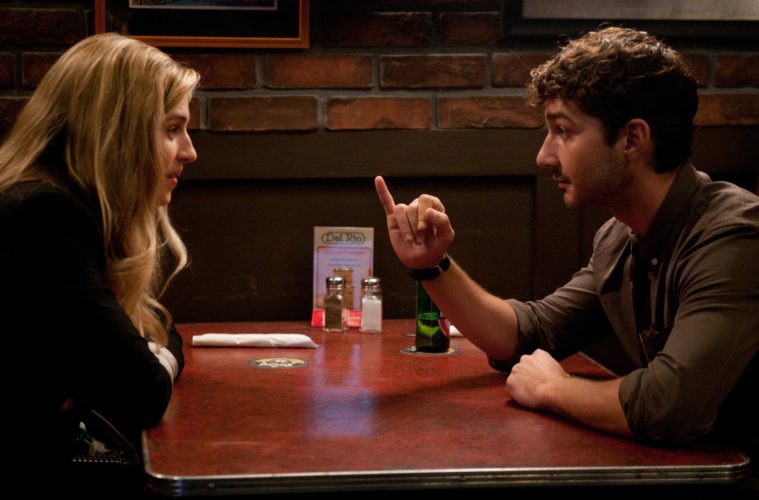 Considering how poorly his last festival drama went over, we’re hoping better things are in store for the next film featuring Shia LaBeouf. From director Robert Redford (who starred in one of cinema’s best procedurals, All the President’s Men), comes another tale of political intrigue with The Company You Keep. We previously got an extended festival trailer, but now Sony Pictures Classics have delivered a theatrical version ahead of its spring release.

Adapted by Lem Dobbs from Neil Gordon‘s novel, the film has an insanely strong cast with Redford, Julie Christie, Sam Elliott, Brendan Gleeson, Terrence Howard, Richard Jenkins, Anna Kendrick, Brit Marling, Stanley Tucci, Nick Nolte, Chris Cooper and Susan Sarandon. We enjoyed the film following its TIFF premiere (review here), complimenting the performances and saying as “the details fall into place…the thrill of the hunt finally pays off.” Check out the trailer below, along with the theatrical poster.

A single father’s upper-middle class life as a lawyer in upstate New York is shattered when his past as a radical activist member of the Weather Underground is revealed and he is accused of having been the triggerman at a deadly bank robbery years before. Forced to go on the lam, the man evades law enforcement and encounters a series of drug dealers, bomb-planting radicals turned leftist academics, Vietnam vets, FBI agents and Republicans who collectively ponder the legacy of the ’60s while searching for the one woman who can prove his innocence. The Company You Keep arrives on April 5th.