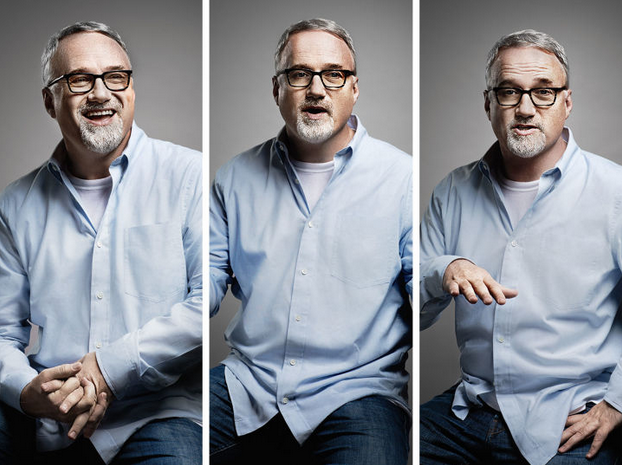 At Playboy, David Fincher gives an extensive interview on his disinterest in superhero films, his failed 20,000 Leagues Under the Sea, The Game regrets, and more:

PLAYBOY: Do you ever feel trapped by your own track record as a director?
FINCHER: I know that if a script has a serial killer—or any kind of killer—in it, I have to be sent it; I don’t have any choice. [laughs] My responsibility to myself is always, Am I going to be the commodity that people want me to be, or am I going to do the shit that interests me? I have a lot of trouble with material. I don’t like most comedies because I don’t like characters who try to win me over. I don’t like being ingratiated. I don’t like obsequiousness. I also have issues with movies where two people fall in love just because they’re the stars and their names are above the title. I could maybe do some gigantic mythological Hero With a Thousand Faces–type movie, but so many other people are doing that.

PLAYBOY: Superhero stuff?
FINCHER: I find it dull. I like to anticipate the energy of a movie audience that’s waiting for the curtain to come up and thinking, Well, one thing we don’t know about this guy is that we don’t know how bad it can get.

Watch an analysis of the opening shot of Steve McQueen‘s Shame:

At The Guardian, David Cronenberg on how Crash was almost even stranger:

Rosanna was breastfeeding her baby when we shot Crash, and in one of the scenes where she’s having sex in a car with James Spader suddenly this huge spurt of milk shot across the screen. It was pretty sensational, we were all excited that it happened, but the thing is in the movie that character is not pregnant and is not breastfeeding, so dramatically it made no sense. And though Crash is kind of a fevered dream-nightmare, it still it has its own logic.

So I cut it not because of censorship or anything else – really I thought it was a great moment, I loved it, and her breasts were very full in those scenes as a result, which was also rather nice. She certainly didn’t need implants!

At TIFF, The Guest distributor Bob Berney gives a 30-minute keynote speech on the state of distribution:

At Criticwire, Sam Adams on what we lose when Netflix wins:

The shift to streaming technologies is often viewed in terms of democratization: No longer do art house-deprived viewers have to wait months to see the movie their social-media friends in New York are raving about. But it’s hard to think of anything less democratic than a state of affairs where the price for a single viewing of “Sweet Sweetback,” or any of the untold numbers of movies waiting to strike a digital deal, has effectively jumped above $20. It’s not just Van Peebles, either: Brooks found 14 — fourteen — Woody Allen movies effectively unavailable through Netflix, including “Bananas,” “Deconstructing Harry” and “Bullets Over Broadway.” Want to see how “Bullets” stacks up against the recent musical version? Hope you’re ready to pay $12 and add it to your permanent collection.