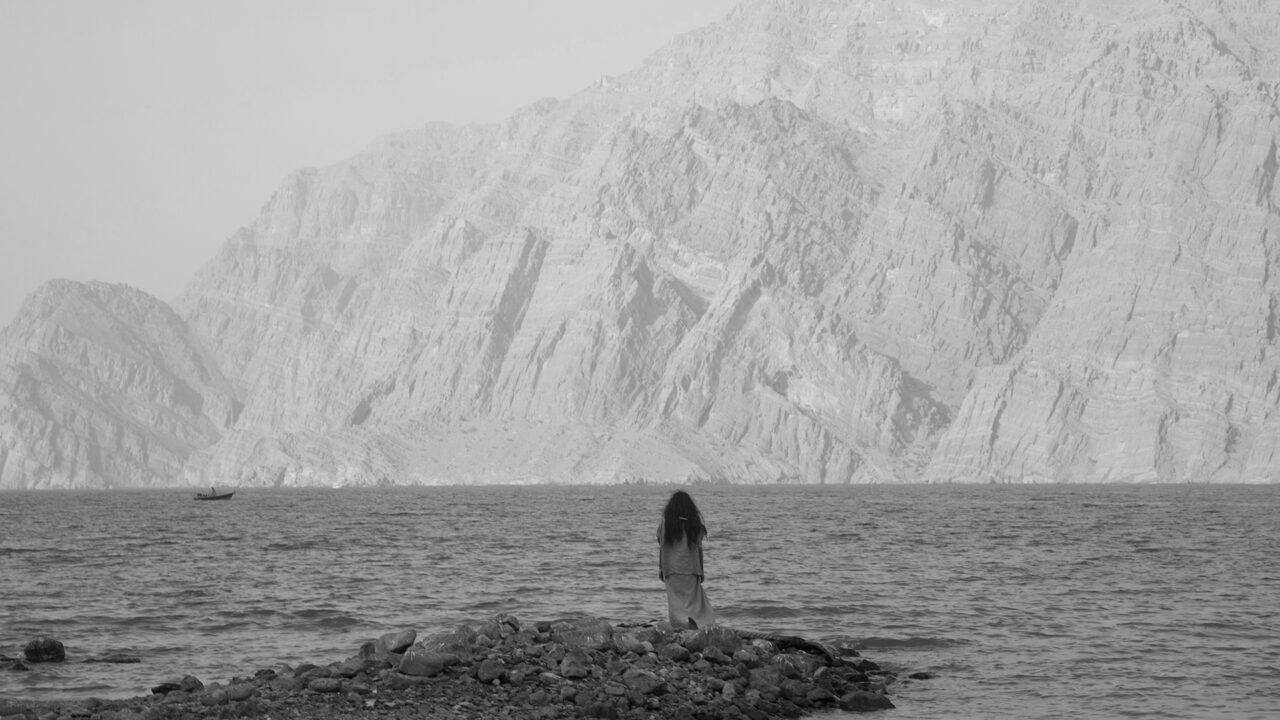 Scales is the latest in a movement of feminist cinema coming from Saudi Arabia, in the wake of great work done by Haifaa Al-Mansour (whose excellent The Perfect Candidate was released earlier this year). In her first feature, writer-director Shahad Ameen proves herself a force behind the camera with stunning black-and-white photography and poetic imagery guiding us through the tale of a young girl’s struggle for liberation—yet at a lean 75 minutes, there’s not quite enough meat on the bones to leave a lasting impression.

Basima Hajjar plays the strong and silent heroine, Hayat, a young girl who, at least to begin with, passively accepts the patriarchal society in which she’s grown up. In the alternate reality Ameen has created, the waters around the small fishing village Hayat lives in are filled with sea maidens. Every family must sacrifice one of their daughters to placate them, ensuring men of the village can continue fishing safely. Hayat is a village pariah—as a newborn, she was meant to be that sacrifice, but her father couldn’t bear to give her up. Now that Hayat is a pre-teen, her father is finally forced to right that wrong and offer her as a sacrifice again.

It’s a pretty blunt-force, impactful metaphor for the way a patriarchal society treats young women as disposable for the benefit of the men. Ameen states in the press notes that she wanted a way to explore the hurt and trauma the patriarchy had caused her as a young woman growing up in Saudi Arabia. A realistically rendered fantasy setting lets her explore those ideas on a higher and metaphorical level to, as she puts it, convey “a universal theme that will resonate with audiences around the world.” Hayat’s treatment as disposable rings more emotionally palpable when the stakes are literally life and death.

Though Ameen’s focus on poetics—Scales is intentionally low on dialogue and high on metaphorical imagery—is ultimately at the expense of a deeper exploration of these themes. The scales that grow on Hayat’s foot are a tactile visual representation of her outsider status. The way she slowly begins to gain power as the narrative progresses is beautifully rendered in João Ribeiro’s cinematography, further represented in how Hayat interacts with nature’s elements.

But at film’s end Hayat still plays like an enigma—I knew what she represented, not who she was. I felt the same about her relationship with her father. There’s something unexplored there in why he, unlike all other men around him, found the empathy not to discard his daughter when she was born. But all we know about their relationship is gleaned from a few warm and worried glances at the beginning, before the plot swiftly moves on. With a more patient script that’s richer in character detail, Scales could have been breathtaking. As it stands, it’s a slight visual feast.

Scales opens in NY and LA theaters on July 9 and will expand.