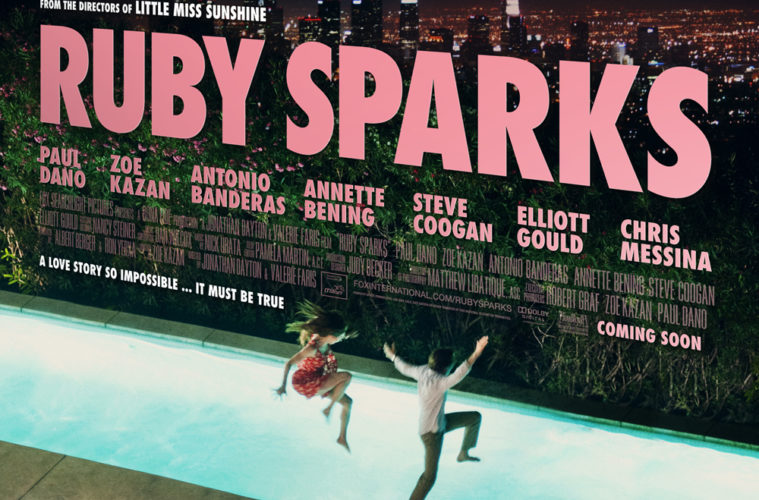 What’s going on with Ruby Sparks? The return of Jonathan Dayton and Valerie Faris, the filmmakers behind the Oscar-winning dramedy Little Miss Sunshine, is seemingly getting released to little fanfare next month from Fox Searchlight. Outside of a US trailer, this is going straight to limited release with no festival showings and little press thus far.

The film, written by its star Zoe Kazan, follows her real-life boyfriend Paul Dano, playing a writer who conjures her character up through his words. We’ve got a more energetic look in a new UK trailer from Bleeding Cool, with added music and rapid editing. I think it looks enticing, but clearly not the feel-good, widely accepted feature that was their last film. Check out the new trailer below, along with a poster, for the film also starring Antonio Banderas, Annette Bening, Steve Coogan, Elliott Gould, Chris Messina and Deborah Ann Woll.

Calvin (Paul Dano) is a young novelist who achieved phenomenal success early in his career but is now struggling with his writing – as well as his romantic life. Finally, he makes a breakthrough and creates a character named Ruby who inspires him. When Calvin finds Ruby (Zoe Kazan), in the flesh, sitting on his couch about a week later, he is completely flabbergasted that his words have turned into a living, breathing person.