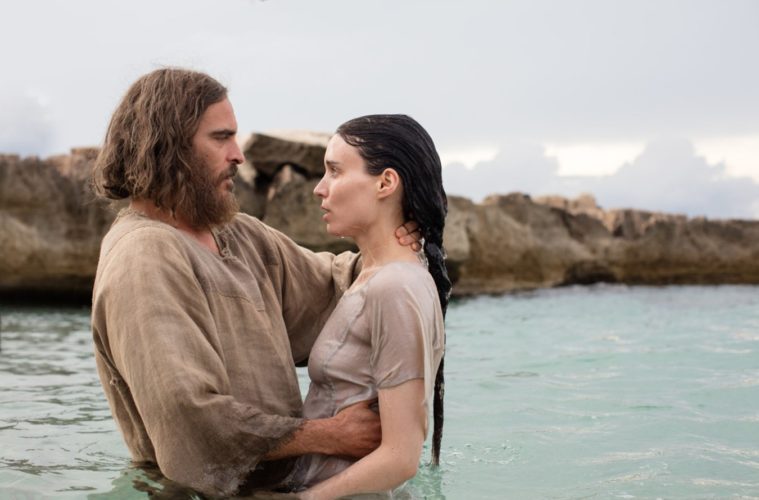 The downfall of The Weinstein Company meant that a number of films were left by the wayside, waiting to be picked up by other distributors. One that has taken awhile–but not as long as The Current War, which shows no signs of seeing the light of day–is Mary Magdalene, a Biblical drama from Garth Davis (Lion). After getting an Easter-timed released elsewhere last year, it’ll now open in the U.S. around that time this year, courtesy of IFC Films, who have debuted a new trailer.

Starring Rooney Mara as the title character and Joaquin Phoenix as Jesus, the cast also includes Chiwetel Ejiofor as Peter and Tahar Rahim as Judas, as well as Ariane Labed, Denis Menochet, Lubna Azabal, Tchécky Kary, Hadas Yaron, Ryan Corr, and Irit Sheleg. The international reaction for this was a bit tepid, but we can’t pass up this cast, so check out a preview below ahead of an April release.

She is one of the most transformative yet misunderstood women in history, alternately vilified as a sinner and canonized as a saint. For the first time, the incredible story of Mary Magdalene is told through her own eyes. In the first century A.D., the free-spirited Mary (Rooney Mara) flees the marriage her family has arranged for her, finding refuge and a sense of purpose in a radical new movement led by the charismatic, rabble-rousing preacher Jesus (Joaquin Phoenix). The sole woman among his band of disciples, Mary defies the prejudices of a patriarchal society as she undergoes a profound spiritual awakening and finds herself at the center of an earth-shaking historical moment. Boldly challenging received wisdom, Mary Magdalene is a rapturous, moving account of a miraculous woman who risked everything to follow her faith.

Mary Magdalene opens in theaters on April 12 and on VOD on April 19.