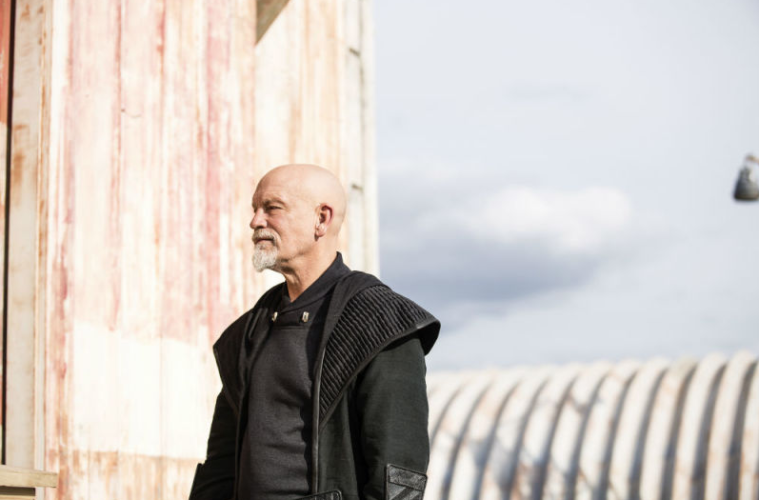 As cinephiles, one can feel restless if you’re not seeking out new films, attempting to conquer the filmography of a director or perhaps finding under-the-radar gems that haven’t been canonized. Well, unless you’re a few years old reading this or you miraculously discover the Fountain of Youth, you’ll never complete the filmography of Robert Rodriguez.

The Sin City director recently collaborated with John Malkovich on a film titled 100 Years, which no one will see for the next century. Backed by Louis XIII Cognac, the reason for the delayed release November 2115 is because the liquor itself is aged for 100 years. As for the film, it’s currently locked up in a vault in Cognac, France and no footage has made its way online, but we do have a featurette and a trio of teasers created separately, imaging what the future might look like when the film is unveiled.

“Louis XIII is a true testament to the mastery of time and we sought to create a proactive piece of art that explores the dynamic relationship of the past, present and future,” Louis XIII’s Ludovic du Plessis says. Explaining the videos, Malkovich (who wrote the film) says, “There were several options when the project was first presented of what [the future] would be. An incredibly high tech, beyond computerized version of the world, a post-Chernoybl, back to nature, semi-collapsed civilization and then there was a retro future which was how the future was imagined in science fiction of the 1940s or 50s.”

Also starring Shuya Chang, it’s certainly an interesting experiment, if only considering the director of the Spy Kids franchise would make us ponder our own mortality. While none of us will know the results, we’d have to wonder what the state of cinema will even be in 100 years, considering how far it’s come in the last century. Check out the batch of videos below thanks to i09, and be sure to have your grandchildren reserve their tickets.