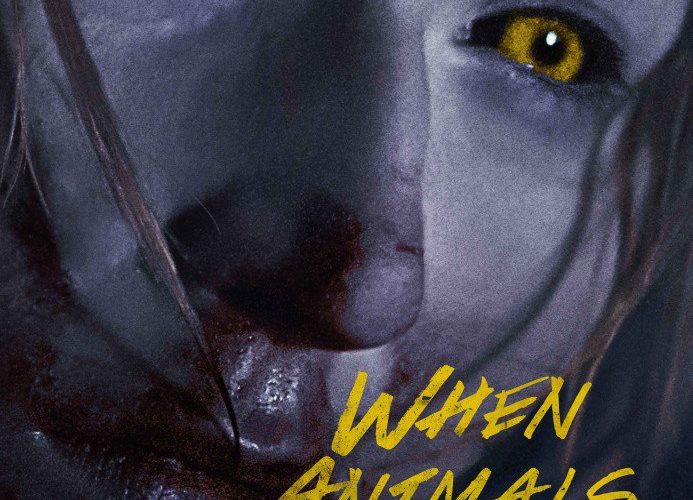 Horror – primarily quality horror – has undergone major changes over the past decade in its approach to depicting the age-old conflict of man versus the Other. Films such as Let the Right One In, its nearly shot-for-shot American remake Let Me In, and A Girl Walks Home Alone at Night put a romantic spin on the vampire myth by pairing male protagonists with entrancing, but dangerous female bloodsuckers. Rather than destroy, or try to humanize them (a concept explored in the promising, but ultimately disappointing indie omni-monster hit Spring), man, in his most literal state, embraces the Other. The conscious act of giving themselves over to a more powerful being makes quite a statement, especially in a genre defined by violent, often misogynist acts against female characters. This new wave continues in When Animals Dream, a Danish export with a surprisingly tender take on the werewolf myth.

Set in a picturesque coastal village, the coming-of-age story from Jonas Alexander Arnby focuses on Marie (newcomer Sonia Suhl), a mousey young woman introduced undergoing a medical examination for a mysterious rash on her chest. She then begins work at a fish processing plant, where she suffers daily humiliation at the hands of salty co-workers who regard her as a bit of a freak. At home, she and her father Thor (Lars Mikkelsen, brother of Mads) lead a lonely existence caring for her vegetative, wheelchair-bound mother (Sonja Richter), whose affliction remains yet unknown to Marie. Other than the occasional flirtation with fellow fish slinger Daniel (an adorably scruffy Jakob Oftebro), she seems doomed to an uneventful, quietly desperate life. Her situation changes, however, when the rash begins sprouting fur and her otherwise submissive demeanor gives way to aggressive acts both retaliatory and sexual.

From there, Arnby dismisses genre conventions to craft an austere feminist fable that’s light on gore and heavy on commentary. As Thor and the townsfolk try to suppress her animalistic nature through drugs and intimidation, Marie discovers the origins behind her condition, and the heartbreaking revelation that she could suffer the same fate as her mother. The hereditary angle isn’t new – it was instrumental in Teen Wolf, as well as other works – but in this case, its execution demonstrates society’s long-standing fear of female empowerment.

Along with the lack of full moons and damning bites is Marie’s shift into a supernatural beast, which differs from previous lycanthropic tales. Rather than rely on the bone-cracking spectacle familiar to predecessors like American Werewolf in London, her transformation happens at a far more gradual, puberty-like pace. Practical makeup effects are employed to hauntingly beautiful effect, as Suhl’s delicate features are padded and framed in soft golden fur, her eyes shining with bright yellow contacts. That Marie refuses to hide her gnarled fingers and flaxen coat generates further opposition from her father, who seeks to protect her, and persecution from the local populace. Her defiance soon leads to serious consequences, which then leads to a very gratifying revenge set piece.

Luckily, Marie has an ally in the love interest Daniel, who succeeds where her patriarch falters. (For all his failings, however, the film never demonizes Thor, whose actions are just as motivated by social pressure – when, during one scene, he tearfully tells his feral daughter how beautiful she is, it becomes clear why he risked alienation to be with his wife.) While Daniel isn’t nearly as well developed as the male figures in Let the Right One In and A Girl Walks Home Alone at Night – frankly, he’s downright one-dimensional – he still serves as an active representation of a progressive masculinity unafraid of, and emboldened by female strength.

While traditional horror fans will find little to enjoy here, the sleepy thriller still makes for a stirring experience anchored by an authentic sense of place (the funeral sequence, with its quaint seaside church, was especially magical). Like its vampiric sister films, When Animals Dream also presents a relationship freed from the confines of restrictive gender politics, and a couple looking toward a hopeful, if uncertain future.

When Animals Dream is now in limited theatrical release and available on VOD. See the new trailer above.