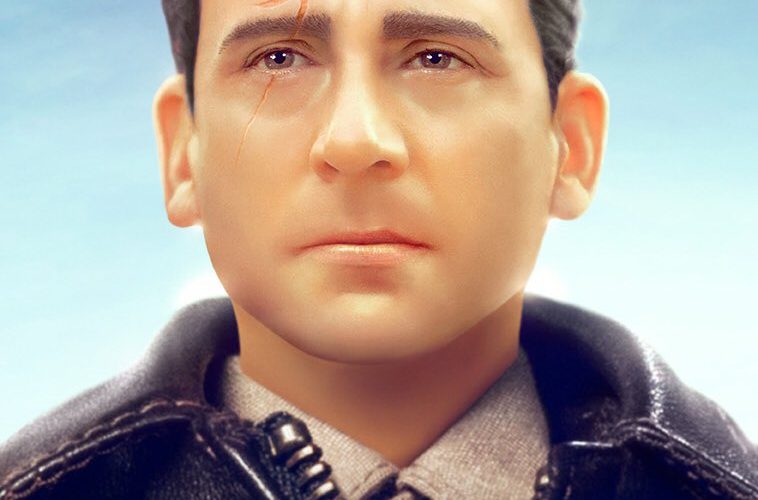 Review: ‘Welcome to Marwen’ is a Fascinating Reflection on the Double-Edged Value of Escapism

In Welcome to Marwen, director Robert Zemeckis uses the real-life story of artist and photographer Mark Hogancamp as a fantastical canvas to interrogate his own career. Reckoning with one’s legacy is a move typical of an auteur operating in their “late period,” but Zemeckis doesn’t take a direct route to the self-critique. Instead, he papers it over a feature-length dramatic portrait of a subject who, like in his film The Walk, was previously the focus of an acclaimed documentary. Stilted and occasionally mawkish, Welcome to Marwen will likely be considered a failure by critics and audiences alike, which is a shame because, while certainly not a success, it represents a fascinating reflection on the double-edged value of escapism.

Hogancamp’s story, first explored in Jeff Malmberg’s 2010 documentary Marwencol, in brief: After being beaten within an inch of his life by five men outside of a bar for revealing that he was a cross-dresser, Hogancamp suffered permanent brain damage that robbed him of all personal memories of his previous life. Once his insurance stopped paying for his therapy, Hogancamp found solace by creating and photographing a WWII-era Belgian town called Marwencol populated with dolls that represented himself and the people in his life. The art community soon took notice of his photographs and Hogancamp found a new life as an outsider artist.

Hogancamp’s interests are in still photography, but Zemeckis, being the visual effects obsessive that he is, takes his audience into the world of Marwen via digital motion capture. The dolls comfortably reside in the uncanny valley; their slickly plasticized aesthetic keeps the actors recognizable but off-kilter. Yet, the mo-cap style folds neatly into Marwen’s thematic drive: this dollhouse fantasy is safe but nevertheless unnatural. The stories in Marwen, while frequently violent and predicated upon reductive good-triumphs-over-evil WWII history, always play out like a predictable soap opera. “Hogie,” the avatar of Hogancamp (Steve Carell), gets in trouble with some Nazis, who neatly represent his vicious attackers, only to be saved by the women of Marwen, who are based upon his friends and co-workers. Hogie always gets saved and the women in his life adore him. Life, on the other hand, is much more complicated.

To their considerable credit, Zemeckis and his co-writer Caroline Thompson don’t sand down the queer-based realities of Hogancamp’s life. In fact, they introduce Hogancamp’s cross-dressing almost immediately by having Hogie don a pair of high heels as he walks into Marwen. Zemeckis and Thompson spend some time explaining Hogancamp’s belief that women’s shoes connect him to a feminine essence, contrasting it with a standard fetish. They showcase his shoe collection and even touch upon his interest in pornography (one of the women in Marwen is based upon his favorite adult film actress, played by Leslie Zemeckis). They constantly and righteously emphasize that Mark’s attack was a hate crime. Though the film’s unfortunate marketing suggests otherwise, Zemeckis doesn’t straight-wash Welcome to Marwen, even if it still operates within a family-friendly frame.

Zemeckis’ fictional spin on Hogancamp’s life involves Nicol (Leslie Mann), a new neighbor of Hogancamp who takes an interest in his work and makes friendly overtures. Hogancamp misreads Nicol’s kindness as a romantic gesture, channeling his feelings into a brand-new Marwen avatar of her who falls in love with Hogie. These fantasy scenes are painfully aspirational while their real-life counterparts are riddled with awkward tension. The message is obvious yet potent: the chimera might be therapeutic, but it cannot and will not replace the physical world.

That’s a fairly damning takeaway coming from the guy who created some of Hollywood’s most successful dreams. Yet, that strain of apologia, albeit clumsily executed, keeps Welcome to Marwen frequently interesting. Zemeckis’ innate craftsmanship livens the doll war scenes, especially when they invade Hogancamp’s physical life, but he also foregrounds their fundamental artificiality as a reminder of their tangible limitations. That push-pull between illusion and reality extends to Diane Kruger’s character Deja Thoris, a supernatural Belgian Witch who serves as an all-purpose metaphor for Hogancamp’s stunted emotional state following his attack. Deja Thoris encourages Hogancamp to take more painkillers than necessary, she keeps bringing the Nazi dolls back to life, she fumes when any other woman/doll offers Hogancamp/Hogie their attention. Yet, her defeat depends upon sending her far into the future with the help of a Delorean-esque time machine complete with makeshift flux capacitor. The fact that Zemeckis uses his most iconic creation to cast away the doll-like embodiment of fantasy ensures Welcome to Marwen could never be a complete bust.

Unfortunately, Welcome to Marwen compels better in theory than in practice. Zemeckis’ literal instincts excel thematically but strains most of the interpersonal scenes, which uncomfortably straddle the line between natural and not. The film’s palpable lack of rhythm isn’t assisted by Zemeckis and Thompson’s choice to compress Hogancamp’s life into a contrived timeline that parallels his triumphant courtroom testimony with his triumphant art show. Carell constantly threatens to push his performance into full-blown caricature, especially in his “freak out” scenes. Welcome to Marwen never shakes its stiff energy even in its very best moments, which ultimately gives the film an academic vibe that decidedly clashes with its Hollywood foundation. Zemeckis’ bold choices pay off in specific respects but, generally speaking, it makes for a tough sit.

With that said, it’s difficult not just to admire Zemeckis’ intentions and conclusions, but also how much information he casually throws away. Zemeckis packs Welcome to Marwen with emotional detail that doesn’t have a Save-the-Cat payoff: Nicol’s dead son that never gets discussed; Hogancamp’s shrug-worthy answer to why he chose WWII as a setting: “At least we were the good guys in that war”; Nicol’s ex-boyfriend (Neil Jackson) being introduced as some sort of antagonist (he drives up to Nicol’s house listening to Ted Nugent’s “Cat Scratch Fever,” for God’s sake) only for him to fade away. Hell, Welcome to Marwen ends with a monologue about accepting that some people die alone. Zemeckis has crafted a work that may be dismissed and forgotten by the general public, but will inevitably remain a curiosity for cinephiles and auteurists everywhere. Not a bad feat for a guy embarking upon the fourth decade of his career.

Welcome to Marwen is now in theaters.