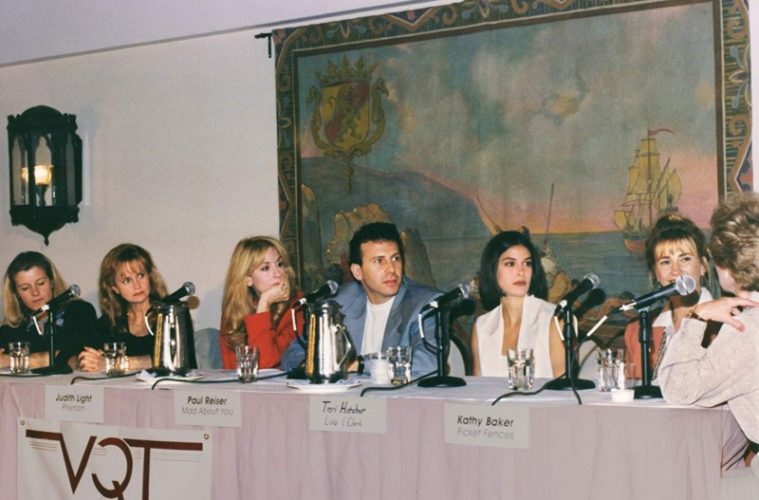 Review: ‘United We Fan’ Explores TV Worth Saving and the Personalities Behind the Campaigns

Who among us hasn’t watched a TV series and felt as if we had gotten to intimately know our favorite characters? Certain shows barely get the opportunity to “jump the shark” despite rabid, passionate fans like Dorothy Swanson, founder of Viewers for Quality Television, a grassroots nonprofit that organizes advocacy efforts for shows the group collectively votes on.

Directed by Michael Sparaga, United We Fan is an energetic and interesting look at the culture of fandom from the grassroots efforts to save shows like Star Trek in the late 60s to modern activism taking place on Twitter and crowdfunding platforms that gave a second life to shows like Veronica Mars. United We Fan entertainingly cuts between fifty or so years of pop culture history informed by those that were there, from activists like Bjo and John Trimble (whose letter writing campaign saved Star Trek) to show runners who grapple with creative instincts that may be at odds with the wishes of fans.

For some it is personal and political, like Kaily Russell, a devote of CBS’s Person of Interest, a cyber crime drama that unintentionally evolved to feature a lesbian duo when the two actresses and writers created a steamy scene full of innuendo. Russell laments the phenomena of “queer-baiting” that is roping viewers in with LGBTQ content only to have the rug pulled out with unauthentic stories that use gay characters as creative pawns.

Sparaga’s subjects document the disfunction of grassroots advocacy as two housewives who’ve never met before, Donna Deen and Dorothy Swanson, formalize the organization VQT from a grassroots effort into a nonprofit with a membership structure and revenue stream. VQT becomes sought-after, launching a convention and awards ceremony offering A-listers, network executives, and couch potatoes the opportunity to mingle and learn from each other.

The relationship isn’t always so cozy as Quantum Leap creator Barry Rosenzweig first advised VQT’s early efforts later feels slighted by certain editorial decisions made by Swanson. Not every show can be a winner as Designing Woman’s Harry Thomason soon too finds out.

Exploring the relationship between the stars and their fans, United We Fan features many anecdotes about creative campaigns including letters, merchandise–featuring nuts, bottles of Tabasco, mini-footballs, and Mars Bars–and patronage of prominent sponsors as talent seeks to create a two-way street between fans and the shows on social media and even the occasional stunt.

United We Fan covers a tremendous amount of ground, from series that were saved like Star Trek that went on to become enormously loved pieces of IP for their fans and studios to those that were a bit more niche and found new homes on streaming platforms. Some, like the unusual case of Veronica Mars, live on as films with fans offering to offset the financial risk via Kickstarter.

The film offers perhaps one too many anecdotes, jumping between advocacy and cultural criticism. Where it is perhaps most interesting is in its exploration of what fans project onto these beloved characters. VQT’s origin story and Daily Russell’s feelings towards Person Of Interest make for the documentary’s most compelling parts as fans and creators seem to cross a line that’s becoming increasingly blurry thanks to social media hashtags. VQT also enjoyed a close relationship with certain creators they patronized and supported.

However, the tension United We Fan most fascinatingly documents is creative: if a show runner gives into fan requests do they cease creative control or has the story simply evolved as it does over multiple arcs? Russell and the show-runners of Person of Interest agree to disagree on this front.

United We Fan is now available on VOD.