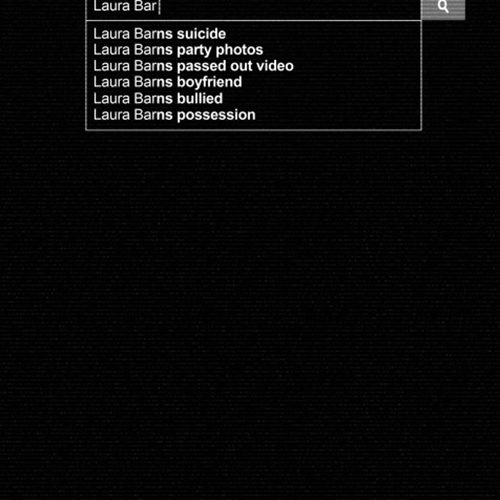 The best horror stories often obscure their real subject with the nightmare elements that roam their surface, hiding the focus beneath a veneer of the frightening or threatening. The Exorcist takes a long look at personal faith and its ties to organized religion, although its centerpiece is a pea-soup spewing, foul-mouthed demon. Halloween, The Blair Witch Project and the recent It Follows delve into teenage alienation, loss of innocence and the uncertainty of adulthood, even though each one also features a supernatural phantom wreaking terror. Beneath the veneers of Godzilla, Jaws and Dracula are very real human anxieties disguised as larger-than-life monsters. Unfriended, the new social-media ghost story told through one teen’s personal lap-top, may not be anywhere near one of the best, but it’s similar to the above-mentioned films in the way it uses tropes of the genre to root out something more pervasive and insidious in our current culture.

The difference between those films and this one, is that Unfriended is pure gimmick. Visualized through Facebook screens, Skype conversations, web-cams, Live Leak and YouTube, director Levan Gabriadze pieces together the story of Blaire (Shelly Hennig), a young girl hanging out online with six of her friends when she’s suddenly waylaid by a mischievous phantom who is seemingly haunting her laptop.  This ghost, who starts out by rigging the Spotify playlist and ransacking the functionality of Facebook profiles, turns out to be the angry phantom of one Laura Barns, another mutual friend of the group who died one year ago to the day. Laura’s death wasn’t just a tragic accident, but suicide fueled by an embarrassing video leak and subsequent trolling by callous online culture, and it’s possible that one—or all of the six—had something to do with it. As the night wears on, the vengeful wraith makes her presence known, revealing hidden sins, pitting these shallow teens against each other, and ultimately dispatching them in various gruesome ways. There’s nothing particularly novel about the plotting of Unfriended—it follows any number of teen slashers or morally uptight horror who-dunnits featuring a cast of downright guilty protagonists—and the creators rely upon the social media conceit to sell the drama and the fright. The gimmick is a slender one, but it does work in cultivating the proper atmosphere, and at crystalizing the metaphor of past deeds gaining a literal life of their own once they have been unleashed online. I’m a lover of film because of its unique cinematic possibilities, but Unfriended roundly rejects all of them, spurning almost anything that would qualify it as a movie in the traditional sense.

Instead of aiming for a new way of seeing—which, honestly, is what  the likes of The Blair Witch Project were after back in the late 90’s—Unfriended wants to explicitly recreate an experience that is, for many of us, a daily ritual. The attempt is seamless, but also limiting. If this were merely a movie about a ghost hunting kids via the very technology that caused her downfall, that limitation would also be a fatal flaw. The truth, though, is that the real subject of Unfriended is how we’ve allowed the freedom of our new social media to unleash baser, darker behaviours, and how easily the new generation of net-savvy users have discarded basic levels of compassion, civility and regard. Instead of getting up on a vague soap-box like the internet drama Disconnected did a few years prior, Unfriended lashes out directly at trolls and bullies with a clear ultimatum; be good and decent stewards of your online legacy or die.

There is a certain spooky charm to be had with the movie when the other shoe drops and the violence starts occurring, because by that time we’ve been trapped in an interminable cyberspace with a group of disaffected bad apples who are too self-absorbed, clueless and adrift to realize they are the ‘bad guys.’ The movie isn’t scary in as far as the supernatural is concerned—there’s too much deliciously poetic justice happening for that—but the real terror lies within the palpable and convincing ways Unfriended proves its point about the merciless nature of living an ultra-public life with other real, feeling individuals. There’s a gory, bloody blender scene in the movie, as well as a few more that blend Grand Guignol with YouTube geek shows, but even beneath the cheerful dismemberment, there’s an indictment of voyeuristic disconnection. The irony of Unfriended is that its target audience is also the social target of its scorn.

Enjoyment of Unfriended may bypass you, but there’s enough interesting angles here to keep the audience engrossed in the creepy histrionics. The real question is whether that target audience will allow themselves to be confronted by the real questions the movie is asking. For years we’ve listened to the moral authorities chide violence in film, suggesting desensitization, and the answers from film-lovers and filmmakers have always pointed out that the violence in the cinema is a fantasy that plays separately from reality. Of course that’s true, but Unfriended touches upon a subtle nuance to the argument. Our social media, delivering a curtain of detachment to what is essentially the real and personal lives of an entire populace, has reduced reality to its own kind of soap opera, carnival attraction, or video game. We laugh, we jeer and we attack, because those on the other side of the screen aren’t us, and the consequences are safely concealed across a digital connection. Unfriended brings the consequences screaming along the wi-fi and back to the hands of the perpetrators.