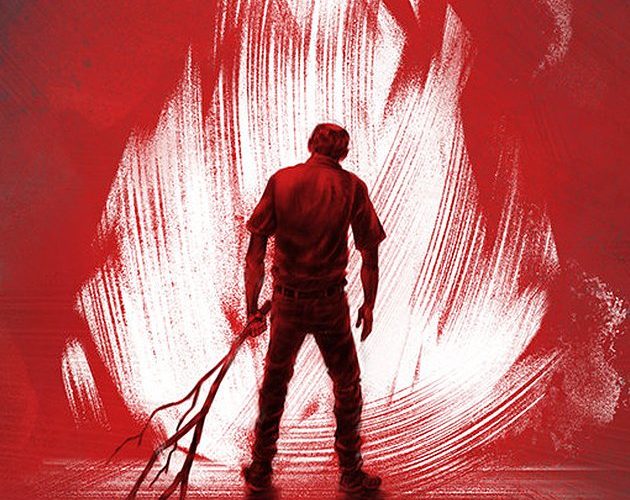 Filmmaker Steven Piet has worn many hats over the course of his short career. He served as the cinematographer and editor for the documentary Girl Rising, a look at how education changes the lives of nine exploited girls from around the world. He also worked as a second unit crew member for the 2011 Mark Pellington ensemble drama I Melt With You. And that’s about it. Based on his directorial debut, Uncle John, you would think he would have far more credits to his name, as he has masterfully interwoven multiple genres into one tightly crafted, surprising little film.

Co-written by Piet and Erik Crary, the script combines folksy rural thriller, urban rom-com, and indie dark comedy to depict a low-key revenge story involving an elderly man and, ostensibly, his grown nephew. The experiment benefits from the performances of its two leads, veteran character actor John Ashton and promising newcomer Alex Moffat. Ashton plays the title role, a semi-retired carpenter and farmer introduced pursuing an injured man who stumbles toward a lake before collapsing face down in the water. With the efficiency of a true tradesman, John quickly transports the body to a nearby quarry, where he cremates it under a pile of scrap wood. Details behind this mysterious opening come during some amusing conversations over coffee at the local diner, where John’s gossipy old friends reveal that Dutch, a town menace who recently found Jesus, disappeared while on a mission to beg forgiveness from those he wronged. Before long, Dutch’s brother Danny – played with intense dirtbag flair by Ronnie Gene Blevins – begins sniffing around, and soon sets his sights on the otherwise unsuspected John.

What begins ripe with intrigue soon settles into a two-pronged character study when John’s nephew Ben, a hip graphic designer living and working two and half hours away in Chicago, enters the picture. As John tries to deflect attention from Danny, Ben’s cushy office job becomes complicated when he falls for his new project manager Kate (the stunning and charming Jenna Lyng). They connect while working on a yogurt ad campaign, and though their interactions – which include plenty of easy banter and laughs – demonstrate a palpable chemistry, professional and personal restrictions keep them from getting together.

Through parallel editing, we learn about Ben and John’s bond and how it plays into the circumstances surrounding Dutch’s murder. Over a few beers with Kate, Ben summarizes his childhood, and how his mother’s accidental death and his deadbeat father left him with his uncle, who raised him since he was ten years old. Cut to John, and more details surface regarding how Dutch may have had something to do with killing his sister and leaving his nephew basically orphaned. It isn’t until the two storylines intersect that the tension ratchets up, and John’s true motivations come to light.

In a typical thriller, Ben would receive a frantic call from his uncle who’s under investigation for a murder he didn’t commit. The two men would certainly have a strained relationship, which would strengthen as they delve deeper into the crime. Clues would surface, John would get off the hook (Dutch staged his death), and the two men would part ways with a newly found mutual respect. The end. Credits roll. Fortunately, this is not your typical thriller – instead, Ben arrives at John’s place unannounced during an impromptu road trip to indulge Kate at his favorite hometown donut shop. When together, the two men display a warm, familiar kinship that, despite their traumatic past, appears free of drama and stress. More importantly, the visibly nervous John makes a concerted effort to keep Ben in the dark about Dutch, which becomes difficult when Danny shows up to cause trouble.

How John deals with Danny shows an unselfish determination to keep his nephew blissfully ignorant of the nasty truth surrounding his mother’s demise. His drive represents a natural progression, where an older generation bears the burden of past sins so that its young may go on to pursue a brighter, carefree future. Only John isn’t content to watch a lifetime of hard work go to waste, which makes his final act strangely triumphant. Uncle John is a sleepy thriller with more emphasis on the sleepy part, but when the climax hits its suspenseful high note, it hits so hard and so well that it ultimately defines the entire film. It may take awhile to get to that point, but at least the ride there is pleasant and the company delightful.

Uncle John is now playing in select theaters and on VOD.