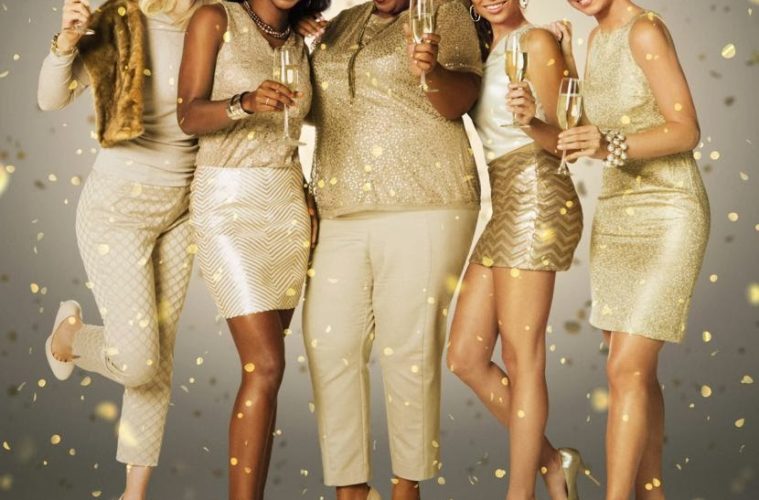 Tyler Perry’s The Single Moms Club continues the filmmaker’s progression towards effectively bridging multiple sensibilities, notably comedy and drama. Perry, like Joe Swanberg, has an impressive output; both release at least two films a year, and each would benefit from slowing down a bit. The Single Moms Club is comparatively low risk, containing trace elements of Perry’s over-the-top theatrical moments dialed down in a character-driven drama that more often that not is engaging, smart, funny and perceptive. If anything, Perry deserves credit for tackling a subject as diverse as the experience of single mothers of various social and economic classes. May, the aspiring novelist played by Nia Long, sums up Tyler Perry’s story pitch midway through the film, “It’s not so bad, you cry and then you laugh. If people only knew what single moms go through.”

Centered around four Atlanta single moms, we’re introduced by Long’s May, a newspaper columnist whose first novel is rejected by Jan Malkovich (Wendi McLendon-Covey), a publisher who puts her work before her daughter. Amy Smart plays Hillary, a mother of three who is just finalizing and negotiating her divorce, as her husband negotiates to minimize his payments. Jan and Hillary are pals, although who would know it, as Jan is too busy for anything other than her pursuit to make partner at her firm. At the middle end of the spectrum are May, whose ex-husband was a drug addict and Esperanza (Zulay Henao), who has recently started seeing Manny (William Levy) but cannot take the next step as her ex-husband Santos (Eddie Cibrian) continues to hover uncomfortably. Lytia (Cocoa Brown) has four children and works double shifts at the Waffle House to provide for them while her husband is in prison for life.

The five women are brought together by random acts of mischief caused by their kids after school hours. Called into the office of a principal who seems to be uncomfortable with diversity, the parents are forced to chair a committee for the school’s upcoming dance, and thus a bond is formed (although not easily at first). Through a series of meetings they discover universal bonds; Lytia, especially, is full of interesting tricks and advice, telling the newly single Hillary that the trick to parenting is just to do it.

Like This is 40, for the affluent characters the film is set in the time of a downturn and perhaps downsizing, each having to do more with less. Reflective of the zeitgeist, Perry has a made a film that is far form subtle, but will be one that is purely and wholly of 2014. The material works mostly because of good casting; each engaging, the actresses develop these characters beyond the one-dimensional stereotypes we tend to see in his Madea pictures.

As the film evolves towards melodrama and its conflicts, especially as the women quest to have it all (including love lives), The Single Moms Club slowly loses the flavor of what I loved about many of the scenes. I suppose we cannot expect social realism on the order of Mike Leigh from Tyler Perry, but the director, after 14 features, multiple TV shows and video performances, has made his best and most sincere film since Daddy’s Little Girls. The quandary I face when discussing Perry — a filmmaker it is all too easy to dismiss as a hack, evidenced by the fact his films are rarely screened for critics — is that I have a tremendous amount of respect for the risks he takes. Here, he’s making the kind of women’s picture that not only should be made more often, but should be made by women. While his plots and dialogue closely mirror what a contemporary Douglas Sirk movie might look like, basic filmmaking tools, including mise-en-scene, are quite lazy, often using the kind of long steadi-cam takes that provide an editor no breathing room.

Notwithstanding, Perry’s work, documenting contemporary social issues in multiple forms, is admirable even if he is a flawed messenger. Judd Apatow and Nicole Holofcener are two very perceptive (and funny) filmmakers working today, who I fear would ignore the economic inequalities Perry explores with actress Cocoa Brown and her Lytia. Lytia, a low income women of color is presented as smart, hardworking, loving, strong and full of life tips, in a fantastic performance complicating the Perry paradox. He knows these characters and their struggles while glossing over and glamorizing other details (including Jan’s job and the painfully simple office politics that should open the firm up to a gender discrimination lawsuit).

As frustrating as it is, Tyler Perry’s The Single Moms Club is an insightful, fascinating and often entertaining picture. In 60 or so years, I would not be surprised if Perry is given extensive retrospective at Film Forum, and I’m confident by then he will have won an Oscar or two.